Jet setter. Major-General T.J. Lawson, assistant chief of the Canadian military’s Air Staff, was in Mississauga last week to talk about the F-35 fighter jet. Construction of the aircraft will bring jobs to Mississauga. Photo by Chris Horobin

“We’re not only defending Canada,” said Lawson. “We’re also doing that with a partner to the south who expects us to meet our NORAD obligations.”

“The members of 1 RCR BG prepared us very well. They made a point of giving us as much information and knowledge as possible about the terrain,”

“From a user perspective, we were just given our orders and we’d go out and fly a mission, come back and the information goes in a box somewhere,” 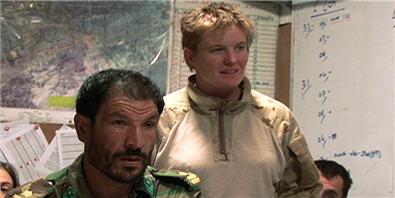 “Everyone here is working for the guy out in his tank in the middle of the desert with only water and rations,” 19874 Brian Macdonald, the MLA for Fredericton-Silverwood