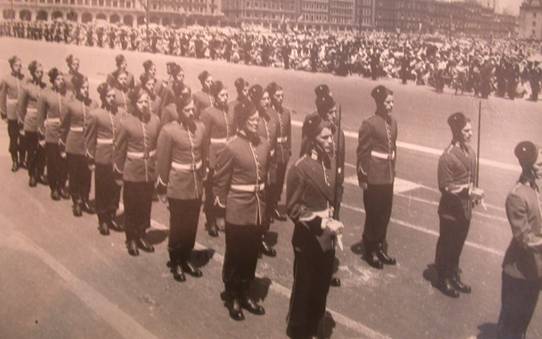 Glad to see RMC is still going Down Mexico Way from time to time. Here is a photograph of the 1960 RMC contingent on parade in Mexico City to celebrate the 150th anniversary of Mexican independence. The parade was a long one. We formed up at 0800 and were collected for the return to the Collegio Militaire by bus at 1600.

Thank you for putting me back on the list for E-Veritas. I like to read it. I really enjoyed the reunion weekend. I saw you rushing about in the mess but you were too far away for me to speak to on Saturday. You are doing a wonderful job of reporting and keeping all of us up to date. 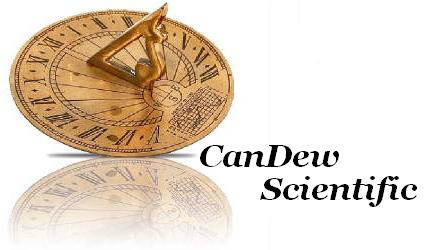 I was wondering if you could help me get the word out about two things:

I will be returning to Calgary on Oct 30th to do teach a renewable energy workshop at the Beauty & Brains Conference held at the Telus World of Science there. Please read the attached biography and know that I have approached KidWind and WindWise to do training in Canada. They are willing and will support my efforts to bring this wonderful opportunity home. Would RMC support such an effort?

On September 28th, I became an official geek…..some people already knew that I was one, but now it’s official because the Canadian Intellectual Property Office issued my 1st patent (Patent # 2,592,322, a solar rechargeable light emitting diode light….in essence a solar powered Christmas light….no more wires….none needed!). I have had the opportunity to sell the IP and I’ve had the opportunity to license the IP, but I stood fast because I am NOT interested in creating jobs in China and I feel it is my duty to create jobs back home. I’ve been in discussions with representatives in Saskatchewan as I plan to manufacture this product in Canada. I’m interested in investors. Can you help get the word out?

Looking forward to hearing from you. By the way, I’m heading to Boston today and will be availabe via cell phone or email.

Dawn Ottman is a Wind Senator with KidWind and supports the Midwest States of South Dakota, North Dakota, Montana, Nebraska, and Wyoming. She is available to your school/business/community to teach about wind energy, solar energy and energy conservation. As a Wind Senator, Dawn is a teacher of teachers and is skilled at helping to develop science and math curriculums and workshops that include wind energy. Dawn lives in Shadehill, South Dakota.

Dawn has worked as a satellite engineer and a space scientist in Arizona and in Canada. Born in Toronto, she joined the Canadian Armed Forces as a teenager. A graduate of Royal Military College, Dawn earned a Degree in Space Science. It was the 1st degree in Space Science ever offered in Canada and being the only woman in her class, Dawn became Canada’s 1st Woman Space Scientist upon graduation.

After university, Dawn worked on NATO and NORAD Research & Development projects including RadarSat until 1995 when she retired from the military and move to the United States to work for Motorola in Arizona on a Low-Earth-Orbit satellite constellation named “Iridium.” Dawn’s work was focused on the Electrical Power Subsystem (the satellite’s solar panels and the battery power system that is on board each satellite).

Dawn Ottman brings to the table an in-depth knowledge of solar power and wind energy technology and today she puts that knowledge to work in engineering green solutions for today’s world. Today, Dawn is an inventor with one patent issued and another one pending. She owns and operates CanDew Scientific, a “green” energy engineering company that specializes in the development of wind and solar power solutions and teaches renewable energy. From her South Dakota base, she has researched and developed two new inventions and she plans to continue to develop new green technologies that encourages and promotes our transition to a smarter energy future.