14444 Councillor Dorothy Hector (RMC 1984) is a Kingstonian and Councillor of Lakeside District since 2006. She was a member of the first class of Lady Cadets to enter the Royal Military College of Canada in 1980, she obtained a degree in Mechanical Engineering and was distinguished as an outstanding athlete. On graduation she became the first female officer to command the Armoured Maintenance Platoon of the Combat Training Centre at Gagetown. Later her responsibilities included directing officer training at the Canadian Forces School of Electrical and Mechanical Engineering, and as the Maintenance Officer of 2 Service Battalion where she was instrumental in preparing the First Canadian Field Hospital for service in the Gulf War. On leaving the Regular Force in 1991, she returned to Kingston as the Project Officer for the formation of the Reserve Electronic Warfare Squadron, and in the preparation of elements of the Squadron for service in Somalia. Other directions of civic service beckoned – first as a civilian with CARE Canada, seconded to UNPROFOR in the former Yugoslavia as a Sector Administration Officer, in Sectors North and West in Croatia, in Belgrade and Zagreb. Later she served as a United Nations Volunteer, working in Bosnia as an election supervisor in such places as Banya Luka, Brcko and Serbia. She was awarded the Canadian Peacekeeping Service Medal (CPSM) in 2003 for her work in the Former Yugoslavia.

Founder of Worldwide Logistics Specialists Inc. in Kingston, she maintained a ‘hands on’ approach through organising care for Kosovar refugees in Kingston, as a supervisor of national and municipal elections in the former Yugoslavia and through advocacy for the worlds hungry poor. Appointed a member of the adjunct faculty of the Pearson Peacekeeping Centre in 1995, she directed the program on the ‘Art of the Possible: Administration and Logistics in Modern Peacekeeping’. Further, she has shared her experience with others through lectures in Italy, at Queens University, and in the Southern Africa region. She also continued her education in a new direction studying theology and serving as an Outreach Minister within the Anglican Church at Queen’s University. Since 1999 she has worked for the United Nations World Food Programme, responsible for emergency planning, coordination and implementation of the movement large quantities of food and non-food items throughout Asia and Africa by land, air and sea. In some cases this has involved the rebuilding of major infrastructure such as railways, bridges, roads and warehouses. As a project officer she oversaw the construction and operation of the United Nations Humanitarian Response Depot in Brindisi, Italy as well as the rehabilitation of the Nacala Rail line in Mozambique and Malawi. Her coordination and logistics efforts during the Southern Africa drought in 2002, and again in 2005, averted hunger and suffering for over 4 million people in Malawi and 27 million in the whole of the region. A recipient of the degree doctor of laws, honoris causa, from the Royal Military College of Canada, she continues in her work as an engineer, leader, teacher, advisor, and servant to others. 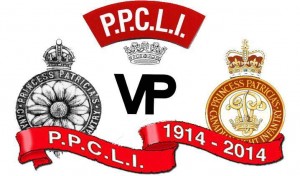 Founded at the outbreak of World War. The PPCLI distinguished itself in both World Wars, Korea, Afghanistan and on numerous operations in support of the United Nations and NATO.

The Regiment has been awarded 39 battle honours, a United States Presidential Distinguished Unit Citation and two Commander-in-Chief Commendations for its overseas service.

* IV Year (at the time) 23241 OCdt Craig Scott was the Officer Cadet “volunteer” for the first and early editions of e-Veritas in 2005.  He set a very high standard that to this day volunteer cadets for e-Veritas are measured.

8703 Mr. Paul LaRose-Edwards (CMR RMC 1971) is the Executive Director of CANADEM. Paul has been working in the international community for 28 years and has been mounting and part of field operations since 1967.

Much of his international time was in international human rights dealing with the politics of advancing rights. Paul has worked in mission-areas and countries such as Rwanda, Kosovo, Croatia, South Africa, Zimbabwe, Indonesia and Afghanistan.

He has been staff with NGOs such as Amnesty International, as well as the Canadian Government, the UN and the Commonwealth. He has worked as a consultant for an even larger grouping including the OSCE, EU and NATO. Paul’s last diplomatic post was as Representative of the UN Human Rights Commissioner for Human Rights in Indonesia, and for four years he was the Commonwealth Secretariat’s Head of Human Rights in London.

In his 1996 study for DFAIT of UN field operations, Paul recommended the creation of CANADEM, and apart from a leave of absence to go on staff with the UN in Jakarta, he has been with CANADEM ever since. paul.larose-edwards@CANADEM.ca Source