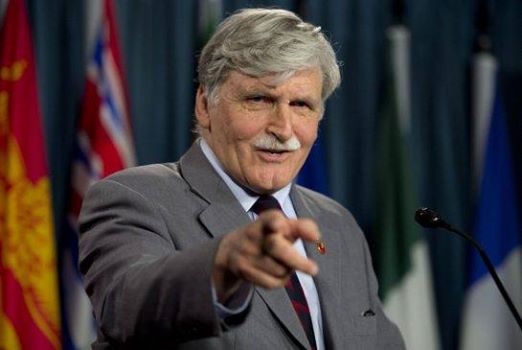 Roméo Dallaire doesn’t walk away from a fight

Leads an artillery regiment, then is posted to headquarters in Ottawa.

Put in charge of all equipment requirements for the army, and named director of artillery.

Promoted to brigadier-general, assumes command of the military college in Saint-Jean, Que.

Put in charge of the mechanized brigade group based in Valcartier, Que.

August: Arrives in New York to receive the details of his first United Nations mission after a peace agreement in Rwanda is signed to end three years of fighting between ethnic Hutus and Tutsis in the East African nation.

April 7: Mass killings in Rwanda begin the day after a plane carrying the presidents of Rwanda and Burundi is shot out of the sky by a ground-fired missile as it prepares to land in Kigali. In the next three months,  between 500,000 and 800,000 Tutsis are slaughtered, many by machete-wielding Hutus.

April 21: The UN Security Council pulls out the majority of the peacekeepers, leaving a small group with Maj.-Gen. Dallaire to try to mediate between warring factions. Eleven of his own peacekeepers, 10 Belgian troops and one Uruguayan solider, are killed.

July: As Canadian commander of the United Nations forces in Rwanda, Dallaire calls the international response to the humanitarian mission, with the exception of Canada and Ghana, woefully inadequate.

March: Based on his Rwandan experience, Dallaire calls for a radical overhaul of peacekeeping policies, using a unified crisis team run by the UN.

January: Dallaire receives the U.S. Legion of Merit, awarded to him for the thousands of lives he saved in Rwanda as head of the UN peacekeeping mission. He had earlier received the Meritorious Service Cross, one of Canada’s highest military awards.

Dallaire reacts to criticism in a report by the Belgian Senate for the death of the 10 Belgian peacekeepers in Rwanda in 1994, by saying, “I have done my duty. I continue to do it.”

December: In a video, Dallaire acknowledges the years-long mental toll his experiences have taken, and says he has been suicidal.

December: The UN’s report on the Rwandan mission is a scathing indictment of bureaucratic bungling and indifference by those to whom Dallaire reported.

April: Journalist Linda Malvern’s book, A People Betrayed, The Role of the West in Rwanda’s Genocide, hails Dallaire as an unsung hero who was left high and dry by the United Nations during the Rwandan genocide. Then-defence minister Art Eggleton says Canada also failed Dallaire.

June 27 : Dallaire is taken to hospital after passing out in a near-coma beneath a park bench in Hull’s Jacques Cartier park. He had taken a mixture of alcohol and anti-depressants.

February: Urges Canada to take a leading role to end the use of child soldiers.

May: Dallaire tells the Commons defence committee that the Canadian Forces are unprepared for the realities of post-Cold War peacekeeping and peacebuilding.

September: Journalist Sian Cansfield, who had worked closely with Dallaire on his writing, commits suicide.

November: Shake Hands With the Devil: The failure of humanity in Rwanda is published, written by Dallaire With Maj. Brent Beardsley.

March: Dallaire is one of nine Liberal appointments made to the Senate by Prime Minister Paul Martin. He is eligible to sit for 17 years.

May: Named to a UN genocide prevention committee.

September: Roger Spottiswoode’s film Shake Hands With the Devil is released, based on Dallaire’s memoir.

November: Dallaire’s book, They Fight Like Soldiers, They Die Like Children:  The Global Quest to Eradicate the Use of Child Soldiers, is published.

December: He crashes his car after falling asleep at the wheel on Parliament Hill. Dallaire blames exhaustion, and his emotions over the approaching 20th anniversary of the Rwandan genocide, as well as the recent suicides of three Canadian soldiers.

April: Dallaire lobbies for a replica of the Vimy monument known as Mother Canada to be erected in Jacques-Cartier Park in Gatineau, within sight of the MPs and senators who will decide where and when to deploy troops in the future.

May 29: He announces his retirement from the Senate.