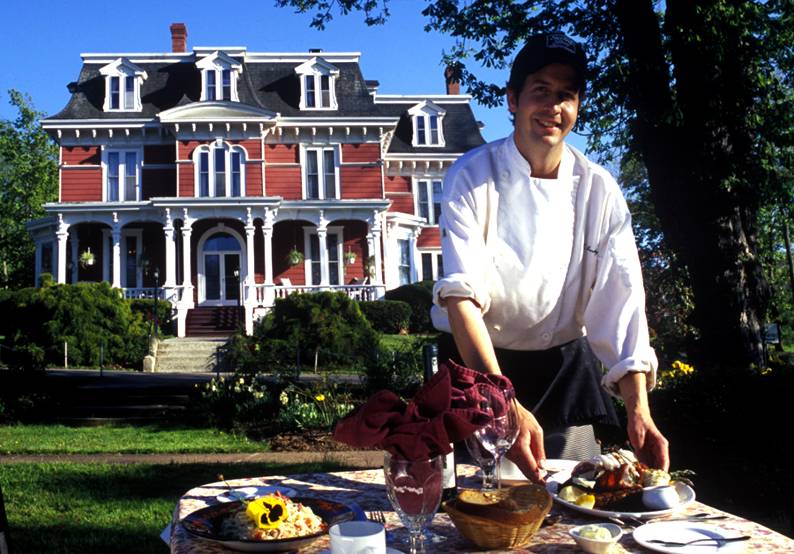 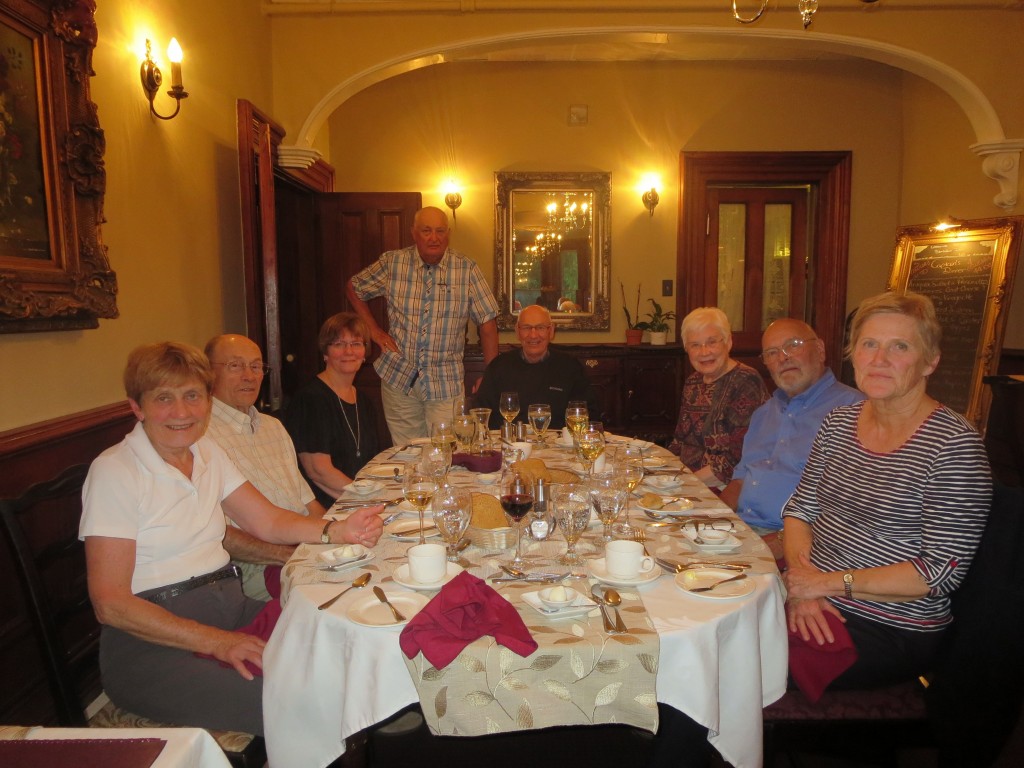 Class of ’61: mini-reunion in Nova Scotia

From July 10 to 12 a small group from the Class of 1961 held a mini-reunion in Wolfville, Nova Scotia. The attached photo was taken at dinner in the Blomidon Inn dining room on July 11.

The group enjoyed a lobster dinner at the Dumbrille residence in Berwick and meals with fine wines in Wolfville. Dean Smith was really impressed with the Blomidon Inn. “Boy is this place a notch above a Motel 6.” 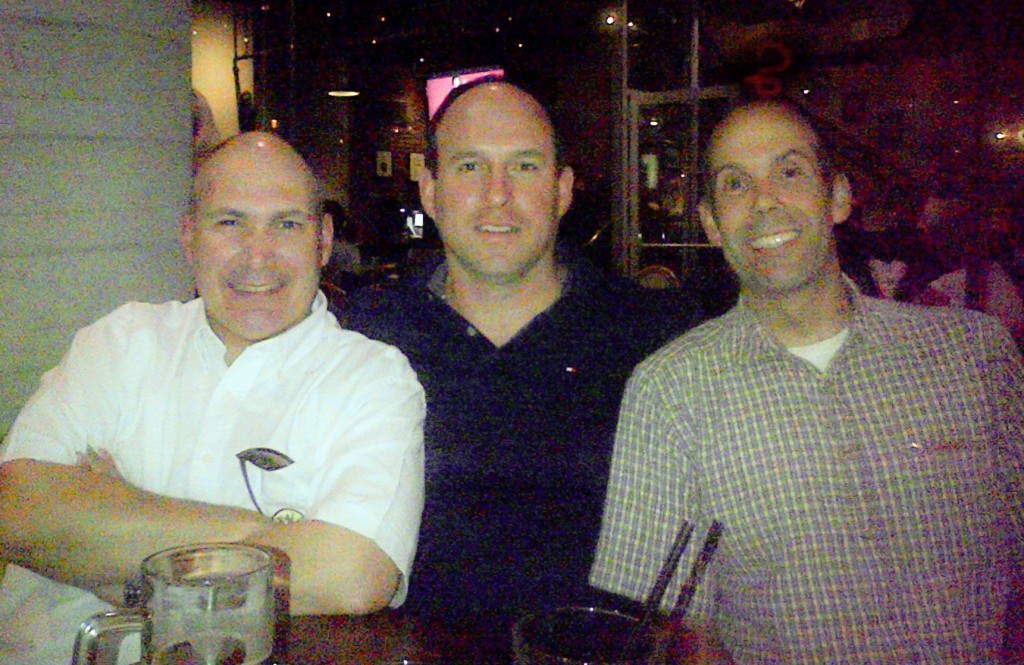 It was a great reunion and the four 89’rs carried on as if they had never been apart. The three gentlemen following RMC shared an apartment in Angus (near Borden) when they were on the near year long AERE course.

It was like being with family again and the only thing missing was … some hair.

21859 Major ERIN SMITH, (CLASS OF 2000) is participating as a Host Team Medical Doctor at the 2015 Pan Am Games being held in Toronto. Erin is part of a multi-disciplinary health care team that will provide medical services to athletes, as well as Pan Am Games family members and volunteers.

The 403 lb Deadlift is a Canadian Record and a NAPF record for Masters III Equipped. Next year the Championship will be held in Cancun, Mexico.

Anyone with a sharp eye looking at the photo left will notice the RMC logo on the black shorts of the proud record holder. Look real close and readers will see the gold medal around his neck.

Don now has some time off before he will start to train in earnest for the Commonwealth Powerlifting Championships to be held in Vancouver November 30 to December 5th.

We wish him continued success in Vancouver and beyond.