There was more to RMC than short haircuts and polished boots, Rusty Basarab discovered 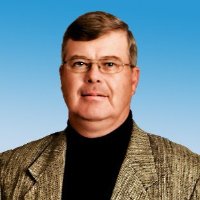 Long before he got to Royal Military College, 10525  Rusty Bassarab had been introduced to it a couple of times.

The first was quite pleasant, he recalled. “I’d seen it as a 10-year-old, having spent the summer here,” said Bassarab, a Calgary boy whose mother’s family is from Kingston.

When he next was exposed to RMC it was less inviting. The Redmen were playing an exhibition football game at the University of Calgary and Bassarab was there to watch. “It was freezing,” he said, “one of those 30-below games.”

The frosty football match notwithstanding, Bassarab was receptive when his mother, of the Kingston Whitney family that for years operated a home furnishings business on Princess Street, broached the possibility of attending the college.

“I thought about it and liked the idea,” he said. “I liked the concept, I liked the idea of the sports, and the fact that it was paid, but I didn’t really have much military experience.”

Even so, it wasn’t difficult for the 16-year-old first-year cadet to adapt, as he recalled. “Partly because I was young,” he said, “and partly because the discipline was no tougher than my dad’s.

“In fact it was a little less,” he said with a chuckle. “I had less to explain when I got in.”

Bassarab spent 11 years at RMC, four as a cadet, 1971-75, three more, 1979-81, as a squadron commander and four years as an instructor in the department of applied military studies.

Away from the college, it was as an athlete that Bassarab was best known. Though he played many sports at RMC — and somewhat proudly points out that a scar that trails from the left corner of his mouth dates to the days before hockey players wore facial protection — his specialty was badminton. He arrived having been a member of an Alberta club that had produced national champions and as a first-year cadet he won the Quebec University Athletic Association singles title. He was a finalist in Ontario intercollegiate competition in subsequent years and during the same time, he also competed in junior club competition, representing Ontario nationally, reaching the quarter-finals in singles and semifinals in doubles play at Canadian championships.

“It was not bad,” he allows. “It was less than what I had the potential for but it’s like everything else: Did you show it on the day?”

Bassarab continued playing badminton competitively after he graduated and went into the regular force as an infantry officer with the Royal Canadian Regiment. “Sports was secondary to training,” he said, but he still won regional singles and doubles championships at a tournament in Kingston — years later he would lead a course in the same building that once was the Anderson Gym, where that tournament was held — and though he lost in the national finals that year, Bassarab later won one Canadian singles championship and two national doubles crowns.

Bassarab recalls his time at the college for the unique learning environment that required cadets to learn how to lead.

When people leave RMC as newly minted officers, Bassarab said it’s important to remember that though you may have been given the requisite background for a military career, “you’re not really ready.”

“You’re still only starting,” he said. “Some people may think, ‘OK, I’ve got it made now,’ but no. You’re just starting.”

In a 40-year military career, Bassarab found it was good advice to follow.

“In terms of the infantry, being from RMC and having an engineering degree aren’t things you say a lot. They’re not necessarily viewed as positives. You don’t hide it, but on the other hand, you don’t flaunt it, either.

“As a lieutenant, you really don’t have much experience. You need to be in charge but you also need to listen. If you don’t listen, they’ll let you be in charge — sort of.”

Bassarab says one of the strengths of the Canadian Forces is the way the senior NCO corps takes it upon themselves to make sure officers get properly trained. “As long as you let them, most of them would,” he said. “There’d be the odd one that might take advantage, but that was rare. Most of them understood. They knew you needed to be trained and they felt they were part of it — as long as you’re willing to listen.

“You don’t have to do everything they say, but you have to at least be willing to listen.”

Bassarab spoke of discipline and how the college lays the foundation for establishing it.

“It’s an interesting thing,” he said. “To me, the measure of discipline isn’t short haircuts and polished boots. The measurement is can you get them to do what they don’t want to do. If you’ve got a unit that can, then you’ve got good discipline, because they kind of get that they’ve got to do it. They don’t want to, but they’ll do it anyway.

“That’s not how you create it but that’s how you test it.”

He told a story of Clifford Watts, for many years the college librarian. “He lived down the hall from me,” Bassarab said.

“When I was a squadron commander a student got in trouble and the commandant was going to expel him, so Clifford went down to see the commandant, talked for a few minutes, and said, ‘Gee, I was thinking the other day when you were a cadet, didn’t such-and-such happen?’ It was almost identical. ‘And what happened to you?’ Oh. It changed his mind. He gave (the cadet) the exact punishment he had had.

Bassarab retired as a lieutenant-colonel, having had overseas postings as a staff officer and a peacekeeper. At the height of the war in Afghanistan, he was head of Land Synthetic Environments in Kingston, providing support to the training of headquarters personnel going to Kandahar, making sure those doing the instruction had the contract support they needed and proper scheduling was in place. “There were other people who were actually doing the delivery,” he said. “My job was making sure they had the things they needed.”

He says the Forces provided him with a fulfilling career.

“I don’t think my story is any different from any others,” he said. “I thought RMC was a good prep, again bearing in mind that’s all it is — a prep. They want to give you an education and a foundation, and that foundation of ethics and the culture is important. That’s probably the part most students would miss — and I probably didn’t get that as a student, either, why they’re making me do all this stuff — but it is important because you’re pretty soon going to be responsible for people.

“That’s why it’s also important that you’ve been on the other end. If you’re responsible for enforcing rules, and if you haven’t had to be on the other end, you don’t always understand.”