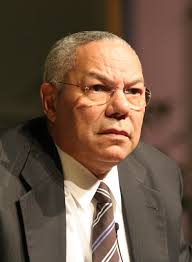 In his book “It Worked for Me: In Life and Leadership,” the four-star general and former secretary of state shares the 13 rules he lives by and how he learned them. From staying optimistic to checking your ego, the tips and stories are useful and thought-provoking for anyone, veterans and civilians alike.

1. “It ain’t as bad as you think. It will look better in the morning.”

The guy is honest — he quickly follows this assertion with, “Well … Maybe it won’t,” but explains that the rule reflects an attitude and not a prediction. In infantry school, he learned to internalize this message: “Things will get better. You will make them get better.” He still strives for that mentality to this day, “despite frequent evidence to the contrary.” Before a tough meeting or hostile press conference, he will go to the bathroom, wash and dry his face, look in the mirror, and remind himself: “An infantry officer can do anything.”

Getting mad and staying mad are two different things. Getting mad is natural and healthy, he says, but staying mad is not useful. “That experience was tested by my colleague the French Foreign Minister Dominique de Villepin who made me — and most Americans — mad, very mad.” Powell discusses early 2003, the period leading up to the Iraq War when France had a seat on the UN Security Council and was adamantly opposed to military action in Iraq. De Villepin attacked the U.S. position to the press.

“I was blindsided,” Powell writes. “The White House phones lit up. The TV evening news and the press the next day made my embarrassment complete. I was livid and I made that clear to Dominique … [He] had screwed things up for me.” (The U.S. moved forward and deposed Saddam Hussein in April of that year.)

But Powell said he knew to not make France his enemy, and sure enough, in February of 2004, he called de Villepin in the middle of the night for an important favor. Former Haitian President Jean Bertrand Aristide had been forced to step down from office, a move which the U.S. had encouraged. As mobs were approaching Aristide’s home, Powell was able to quickly get him on a plane headed for South Africa. But South Africa refused to receive him. “Half an hour later, [de Villepin] called back with a solution, and our anxious pilot soon had clear instructions … My colleague and friend had come to my rescue.”

To put it all in perspective, he says that he often reminds people that the U.S. and France have been married — and in marriage counseling — for more than 230 years. “The ties that bond us are stronger than the occasional stresses that separate us.”

“I encouraged all my subordinate commanders and staff to feel free to argue with me. My guidance was simple: ‘Disagree with me, do it with feeling, try to convince me you are right and I am about to go down the wrong path. You owe that to me; That’s why you are here. But don’t be intimidated when I argue back. A moment will come when I have heard enough and I make a decision. At that very moment, I expect all of you to execute my decision as if it were your idea.'” Going back to his second rule, he concludes, “I still love you, so get mad, and get over it.”

“Once again, it is more about attitude than reality. Maybe it can’t be done, but always start out believing you can get it done until facts and analysis pile up against it.” It’s a balance. “I try to be an optimist, but I try not to be stupid.”

Plain and simple. “You will have to live with your choices. Some bad choices can be corrected. Some you’ll be stuck with.”

6. “Don’t let adverse facts stand in the way of a good decision.”

“There will be times when an adverse fact should stop you in your tracks. Never let it stop you completely until you have thought about it, challenged it, and looked for a way to get around it.”

Powell discusses one of his idols: Eisenhower. “On the eve of D-Day,” Powell writes, “General Eisenhower faced one of the most difficult decisions any military commander has ever had to make. The weather was dicey; launching the invasion into bad weather could doom it, but he weathermen predicted a possible opening on June 6, 1944. He had been gathering information and planning this operation for months. He knew it in his fingertips. In the loneliness that only commanders know, he made his decision. He wrote a statement taking all the blame if the invasion failed. Yet his informed instinct said, ‘Go!’ He was right.”

Powell said that whenever he is faced with a difficult decision, he goes back to his military training. “What’s the situation? What’s the mission? What are the different courses of action?” he asks. “Now, follow your informed instinct, decide, and execute forcefully … Then take a deep breath and hope it works.”

Simply put: Go with your gut. After Powell retired from the Army and published his first book, people began wondering about his political ambitions and if he’d run for president. “A strong instinct told me that I had an obligation, a duty, to run … but I was divided. An equally strong instinct warned that running for president would be a terrible choice for me.”

He spent two sleepless weeks agonizing, and ultimately decided against it. “What drove my final choice was that I did not wake up a single morning wanting to be president … It was not me. Once I accepted what my instinct was telling me, the choice was clear, the decision easy.”

When Powell was in the Army and responsible for inspecting the barracks, he’d check the toilets — not to see if they were clean. “Was there a shortage of toilet paper, were any mirrors cracked, were there any missing showerheads? Finding any of these situations immediately told me one of several things — the unit is running short on upkeep money, no one is checking up on these things to get them fixed, or the troops are not being supervised well enough. Find out which and fix it.”

He states that the large picture of success is built upon many, many small things, and knowledge of those things. “The more senior you become, the more you are insulated by pomp and staff, and the harder and more necessary it becomes to know what is going on six floors down.” Real leaders, he says, have a feel for what’s going on “in the depths … where the small things reside.”

Something he learned in the Army was that it’s the human gesture that counts.

“People need recognition and a sense of worth as much as they need food and water … Yes, medals, stock options, promotions, bonuses, and pay raises are fine. But to really reach people, you need to touch them.” The other side is also true — he welcomes blame when something goes badly. “It is your fault, not theirs. You are responsible. Analyze how it happened, make the necessary fixes, and move on.”

The “calm zone” is part of an emotional spectrum that he’s worked hard to learn and maintain. He completely lost it once, and clearly hasn’t forgotten it. He was a brigade commander and lost his temper at a sergeant who’d gotten a DUI. The young soldier, rather than accepting the wrongness of his own actions, told Powell that the punishment would upset his family.

“I stood up and slammed my fist so hard on my desk that the glass cover shattered with a great crash.” He said that, quite frankly, it felt good. He was infuriated and wanted to show it. But since then, he wrote, “I’ve learned to display extreme, out-of-my-comfort zone displeasure without destroying government property.”

On the value of staying calm, he writes, “You are in a storm. The captain must steady the ship, watch all the gauges, listen to all the department heads, and steer through it. If the leader loses his head, confidence in him will be lost. So assess the situation, move fast, be decisive, but remain calm,” and most importantly, he says, “Never let them see you sweat.”

Purpose. That’s the word he uses.

“Purpose is the destination of a vision … Leaders must embed their own sense of purpose into the heart and soul of every follower.” He discusses setting high (but achievable) standards and sticking to them. In the Army, “[He] never saw a good unit that wasn’t always stretching to meet a higher standard.”

12. “Don’t take counsel of your fears or naysayers.”

He will never forget the fear, the feeling, when he first came under fire. It was Vietnam, 1963, and Powell was adviser to a Vietnamese infantry battalion.

“We were walking down a forested trail when we were hit by small arms fire from an enemy ambush. We returned fire and the Viet Cong enemy quickly melted back into the forest.” It was over in less than a minute, but they lost a soldier.

“That night, as I tried to sleep on the forest floor, I was filled with the realization that the next morning we would probably be ambushed again. And we were … That morning, and every morning, I had to use my training and self-discipline to control my fear and move on, just like the Vietnamese, just like every soldier since ancient times.

“Moreover, as a leader, I could show no fear. I could not let my fear control me.”

13. “Perpetual optimism is a force multiplier.”

It was late one winter night in Korea. Powell and his battalion of 500 soldiers had just finished a tough week of training and were waiting for trucks to take them back to their barracks 20 miles away when word came in that there was a fuel shortage. No trucks; they’d have to walk.

“[We] went for it, over some terrible hills. It was tough going. I wasn’t sure I could keep up with these younger soldiers … But I pushed it, and so did they, magnificently. At the last mile, we could look down at the lights of Camp Casey. We fell into step and marched into camp in the middle of the night singing out a cadence and waking up everybody in the camp. It was a great night. We had demanded a lot from our soldiers. But we had prepared them, we believed in them, they believed in us, and we had the confidence and optimism that they would succeed.”