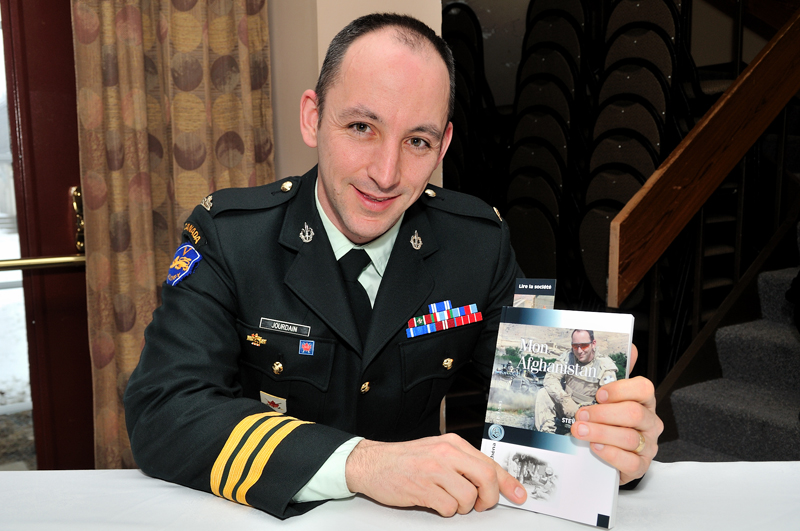 Caption: Lieutenant-Colonel Steve Jourdain, Commander Cobra Company was deployed to Afghanistan between March and October 2009 and as a result he wrote a book titled Mon Afghanistan. He is pictured here with a copy of his book. LCol Jourdain attended the Festival International du Livre Militaire (FILM) hosted by the French Military Academy, Saint-Cyr Coëtquidan, in Guer, France on July 18 to 19, 2014. FILM gathers military authors and publishers of military-themed books in a festival designed to expose the general public to military culture and contemporary conflicts, via debates, conferences, arm-chair discussions, and more.

“I wanted to capture history so the people of Quebec […] could better inform their opinion. I wanted them to be very proud. I wanted them to know that Canadian soldiers are their best ambassadors. The noblest things we have are our soldiers working abroad to support every mission the Government sends them to.” As members of the RCAF, Col Day explained, “We defend Canada. We defend North America. And we contribute to international security. That’s it; it’s that simple. Everything we do should have those roles as ultimate goals.”

“After spending such a large amount of my career in Moose Jaw, I will miss it,” 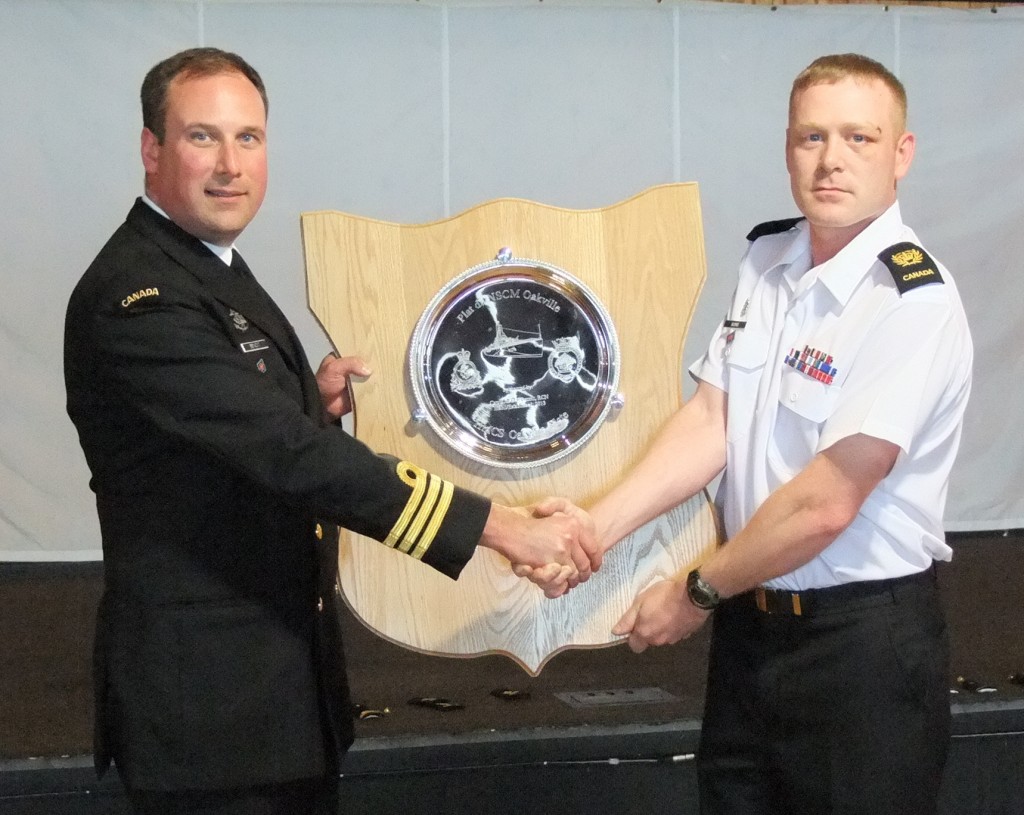 This year’s supplementary board was held on June 24, 2014 at the Canadian Forces Naval Engineering School (CFNES). The top two candidates were CPO2 Burns and PO1 Vinny Prosper, with CFNES Commandant, Commander (Cdr) 19307 Dave Benoit, acting as the board chair. Article

“You inherit a remarkable team of professionals both in and out of uniform,” said Truelove. “You will discover leading CFB Esquimalt is demanding and rewarding and I encourage you to make it your own.”

“The diversity, to get back on track with our times, is very important,” he said.

He noted his three years in Victoria not only benefited him professionally but personally as well. He met his partner Francisco Mejia De La Rosa here.

“After so many years in this life as a bachelor, it’s nice to have a stabilizing force at home,” said Cassivi. He and his partner move to Ottawa in August.

Our Southern cousins: Canadian Army & US Army engineers train together

WE REMEMBER: Finding a connection to WWI

Born and raised in Brantford, Andrew Iarocci is a professor of history teaching at Western University in London and Royal Military College in Kingston.

For a couple of weeks in June, Iarocci, who also lives in Brantford, was in the back yard of a home in a small village in France. He was there to lend his First World War expertise to a CBC documentary that connects the recently discovered remains of some fallen Canadian soldiers to their descendents.

“We were there to tell the story of a young French boy who, in 2006, was playing in his back yard when he came upon some skeletal remains,” Iarocci said. “It was determined through an investigation by the Canadian Department of National Defence, that there were eight soldiers in this grave, all from the same battalion and all Canadians.

“They had all been killed on the same day in the Battle of Amiens.”  Read more here

“It was a connection I’d never felt to my grandfather,” Lawson said of the diaries, which he only received last Christmas.