From Base Brat to Chief of Protocol

From Base Brat to Chief of Protocol

It seems that among children of members of the Canadian Forces, there is a great divide: either they hated moving around as children and vowed to never join like their parents had, or it seemed normal to join the military since that was what they grew up with. Jason Quilliam is definitely a member of the latter group: “I’m a 4th generation military member—my father, my grandfather, my great-grandfather had all served in some capacity—so for me it was pretty natural.”

The self-described “base brat” was born in Portage la Prairie, Manitoba to a military father who served with the PPCLI before re-mustering as a firefighter. His childhood saw him moving to Halifax, then Germany in the late 1980s, and eventually Greenwood, where he graduated from high school.

Though joining the Forces always seemed like the logical next step, the idea of doing so by attending military college hadn’t really occurred to Quilliam until high school. That, the native Manitoban says, came at least in part by influence of the other “base brats” he hung around with who had been interested in attending RMC. “By grade 10 or 11 I really started to focus in on military college,” Quilliam explains.

Quilliam began his military career in 1997 attending CMR for a preparatory year, and then moved on to RMC from 1998-2002. While there, he studied history, having always been interested in the subject, military history in particular. In addition to getting married at the end of his second year at RMC, Quilliam played varsity basketball and was a member of the Video Club. One of the aspects Quilliam, who was in 9 Squadron, enjoyed the most about attending military college was that close bond formed between cadets—an aspect almost universally cited by former cadets when they reminisce about their time spent there.

After graduation Quilliam went to Borden to attend the Canadian Forces Military Police Academy. After finishing there and a brief posting to Ottawa, the MPO was posted to Halifax where he worked as the Deputy Naval Provost Marshal. His time in Halifax was interrupted by the first of two deployments to Afghanistan.

Quilliam describes his deployment as expected: “We were the graduating class of 2002–9/11 pretty fresh on the mind 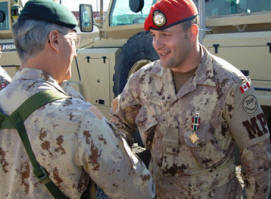 and we (the Canadian Forces) had already deployed to Afghanistan—so none of us had any illusions about the fact that most of us would end up in Afghanistan for at least one tour,” he explains. During his first tour Quilliam worked as the Officer Commanding of the Canadian Military Police Detachment for Kandahar Airfield, which was “essentially the same role as [he] was doing in Halifax except in a theatre of war.” “For me, I was absolutely proud to go,” Quilliam notes of his time spent overseas.

After returning from his first tour in Afghanistan, Quilliam was posted to Ottawa as a staff officer at the Military Police Headquarters. He followed that with training in Edmonton for a second tour in Afghanistan, which he completed from 2009-2010. His second tour had him posted to Camp Nathan Smith working as the Officer Commanding of the Police Operational Mentor and Liaison Team. Quilliam and his four teams were spread out in four districts throughout Kandahar, mentoring and training the Afghan National Police.

While in Afghanistan the second time Quilliam was promoted to major while so employed (WSE), and then promoted substantively once he had returned and had been posted to Esquimalt. He was there from 2010-2011 as the Commanding Officer of the Military Police Unit, when his contract was up in mid-2011. “I had to make the tough decision to stay in for my 25, or get out and try something new,” Quilliam explains. He decided to get out of the Regular Force and try something new.

Quilliam says that he’d “spent 32 years at that point surrounded by the military in some way, either as a dependent or actually serving, so immediately [he] knew that [he] really didn’t want to take the uniform off.” This led him to the Reserve Force, where he works in a service battalion as an Officer Commanding, which Quilliam describes as “pretty rewarding,” though not without its shocks. “I grew up around the military, so to all of a sudden essentially be a civilian was different,” he says. Staying in in some capacity has really helped ease him in to this new life, however. 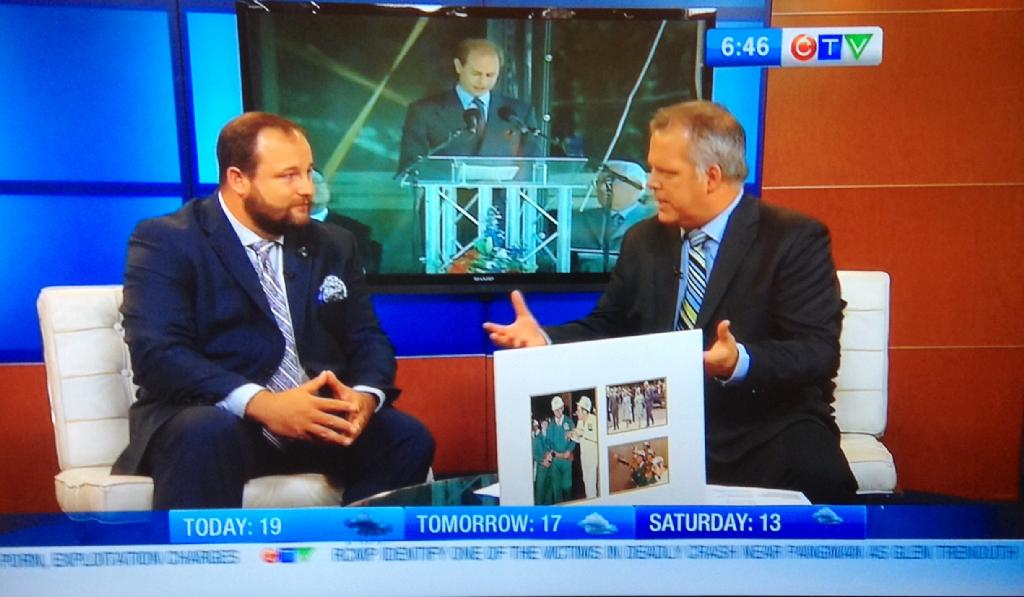 Today, in addition to his work with the Reserve Force, Quilliam is Chief of Protocol for the Government of Saskatchewan. For this job, his time spent at military college and in the Forces has helped him immensely. His job is essentially to “celebrate the history and the heritage of the province,” and military college, as described by Quilliam, is “steeped in history…customs…[and in the] shared heritage of the 22000 cadets that went through before [him.]”

“That extrapolated on a bit of a larger scale, is what I’m doing now: connecting our citizens in Saskatchewan with their history, their heritage, and their government through state ceremonies, through royal visits, through the provision of honours and award that recognise the amazing work that they do, and in some respects through facilitating diplomatic exchange between the leaders of our province and foreign diplomats,” Quilliam further explains.

“I definitely have one of the best jobs in the public service,” he says enthusiastically. It makes sense that Quilliam enjoys this work so much: the ex-cadet has always found his natural habitat in the Canadian Forces in addition to his families—both the literal, and the figurative one he formed through the bonds built with his fellow cadets and his “military police brethren.” Maintaining his connection with the Reserve Force while also working with history, heritage, and tradition on a daily basis must feel just like home to Jason Quilliam, then.