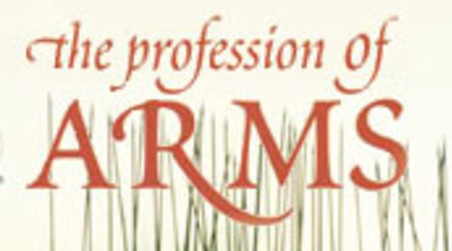 More than an oath: understanding honor in the profession of arms

“Do you understand why you came here?”

A tired group of basic cadets shuffled into a Fairchild Hall lecture room at the Air Force Academy in July to engage in questions and discuss the road ahead as cadets and future officers with the former commander of U.S. Strategic Command, retired Gen. Kevin Chilton.

Chilton and dozens of volunteer facilitators, Center for Character and Leadership Development staff and Cadet Wing cadre, led this year’s Introduction to Living Honorably in the Profession of Arms workshop for more than 1,200 basic cadets. The event offered lessons from active duty and retired service members on understanding honor, its relationship to the Air Force core values, and what it means to be a member of the profession of arms.

The workshop originated in the summer of 2013 with the goal of helping basic cadets understand why there is a need for an Academy Honor Oath and the Air Force’s core values.

Orchestrated by retired Chief Master Sgt. Bob Vasquez, more than a dozen lessons at the workshop are given to the basic cadets. Vasquez made sure the basic cadets were awake and engaged with each lesson with a rousing lecture punctuated with loud calls of “All In.”

The ILHPA program is part of the CCLD’s cadet development programs, also graduation requirements, and offers lessons on the core values and profession of arms. Beyond the chance to hear from Air Force leaders like Chilton, the program helps upper-class cadre run most of the lessons.

Cadet 1st Class Riley Viann is one of the cadet cadre members who facilitated the workshop. She said the ILHPA helped her better understand honor. While ILHPA was not offered when Viann was a basic cadet, the program helps basic cadets understand and identify the traits of an officer who lives honorably. S

Viann said she was afraid of the honor code and of violating it, but the ILHPA took that fear away and replaced it with a greater understanding of the core values as a motivating factor versus a punitive concept.

“Do you understand why you came here?” Chilton said to the basic cadets, admitting he did not originally come to the Academy to serve the U.S. as much as he came to learn to be a pilot. Chilton said he was once a basic cadet who did not fully grasp the profession of arms at the time. His later understanding of the profession was part of his maturation as a cadet and later as an officer who became so committed he not only made the Air Force a career instead of pursing a life as a commercial pilot, but become an astronaut who traveled in space three times. Chilton also served as a commander, a test pilot, and the husband and father to Air Force officers.

Chilton said with the demands and expectations of serving in the profession of arms, the need for ethical leaders of character bound by the core values is critical.

“Before you can be a leader, you need to learn how to be a follower,” he said. “This what your basic year at the Academy is about. Study leadership while you are here.”

After the morning session,Chilton reflected on the profession of arms and the challenges facing future Air Force officers. Acknowledging that the world has become a much more dangerous place than when he was a cadet, Chilton stressed not only the intrinsic value of the service of men and women currently serving or retiring from service, but the deep desire and need for the U.S. to trust its service members.