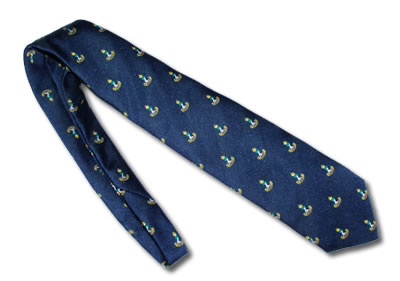 The current Adjutant of the Old Brigade, 3918 Al Roberts, plans to hand over the Adjutancy of the Old Brigade to his successor, as yet unknown, on Sunday, 03 October 2010 following the annual Ex-Cadet Parade to the Memorial Arch. In conjunction with the members of the Old Brigade Advisory Council (OBAC) a protocol for the selection of a new Adjutant has been drawn up. It is:

To be considered eligible for becoming the Old Brigade Adjutant, a candidate must:

2. be a paid up member in good standing of the Royal Military Colleges Club of Canada;

3. have demonstrated significant support to, and interest in, the Royal Military Colleges Club of Canada, its Foundation, or a Branch or class through, for example, the holding of office at one of these levels;

4. have demonstrated leadership, organizational and interpersonal relationship skills commensurate with the demands of the appointment;

5. be computer and internet (email) literate; and

6. be capable and willing to serve.

In addition to the required eligibility criteria listed above, it is desirable that candidates:

1. have been a member of the Old Brigade for at least two years;

Should a candidate, after due consideration of the Statement of Duties, wish to pursue his candidacy further, he must provide a short statement as to how he views the role of the Adjutant and what capabilities he would bring to fulfill it.

Candidates must also provide a minimum of two references from ex-cadets who can provide information to the Selection Committee as to the suitability of the candidate for the appointment of Old Brigade Adjutant. One of these references may be from a classmate, and at least one must be from a co-member of the candidate at the Club, Foundation, branch or class level at which the candidate has (or still is) serving (see item c above under Required Eligibility Criteria). For candidates who are nominated, the nominator should be one of the references.

Under normal circumstances, the Adjutant-elect will take up his appointment during or immediately following a Reunion Weekend at RMCC that has been organized by the outgoing Adjutant. If possible, the Adjutant-elect will be named several months in advance of said Reunion Weekend, thereby allowing him to work closely with the outgoing Adjutant in the organization of the Old Brigade activities for that Reunion Weekend and earlier Old Brigade activities that year at RMCSJ. This implies that the incumbent will give adequate notice of termination (minimum of six months, if feasible) to meet this timetable

To be discussed, but not to exceed five years.