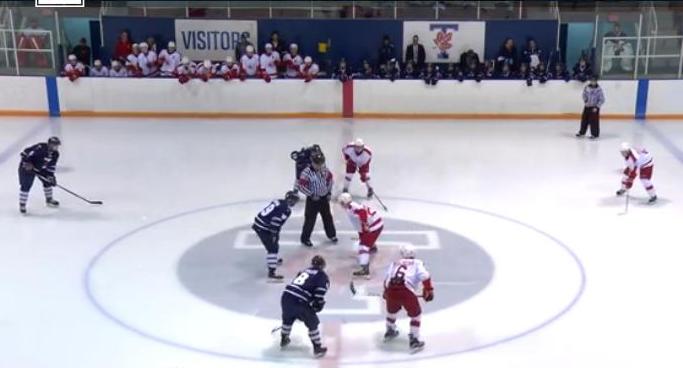 Friday, November 19th saw another intramural season come to an end.  During our fall season Squadrons and divisions participated in Ice Hockey, Ball hockey, Ultimate, Soccer and Water Polo.  For the first time in many seasons all sports were closely contested with many squadrons fielding strong teams.  Below is a recap of each of the finals. 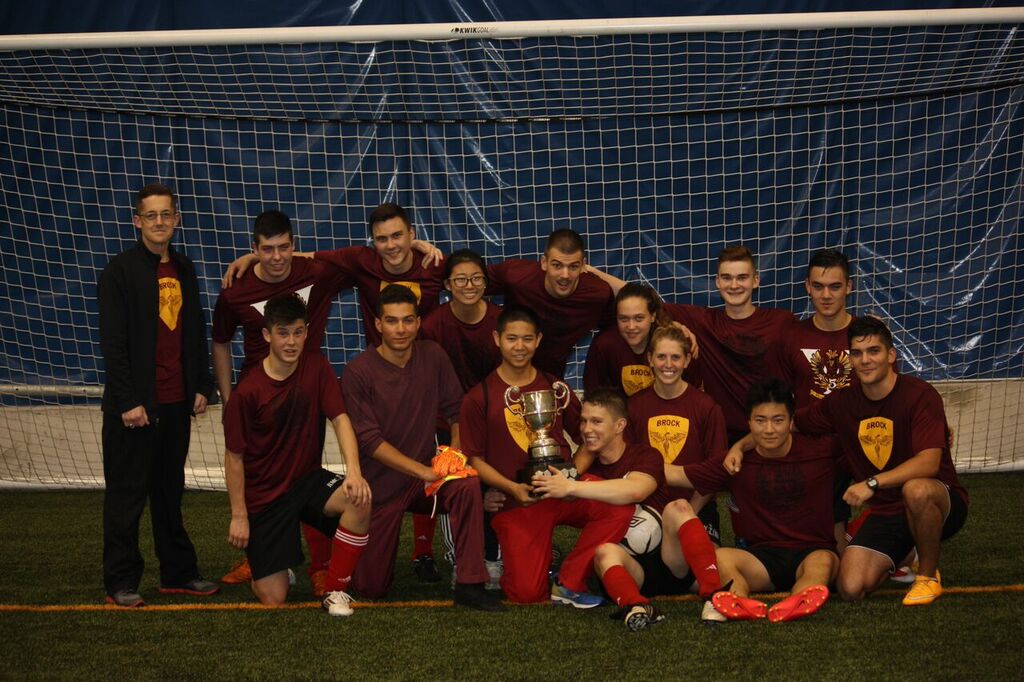 The IM Soccer finals saw 5 Sqn vs 3 Sqn competing for the championship.  Both teams took different routes to the finals.  3 Sqn was a middle of the pack team for most of the semester but came on strong late and knocked off the power house 2 Sqn team in the semifinals by the score of 1-0.  5 Sqn, who were quite dominate throughout the season were in tough in their semi-final against 9 Sqn.  The game ultimately required a shootout to decide a winner, in which 5 Sqn prevailed.

During the finals 5 Sqn came out of the gate fast as their team captain, OCdt Quinn, converted a perfectly executed corner kick to the back of the next just 3 minutes into the game.  Shortly thereafter 5 Sqn took a two goal lead as they were able to convert an open chance into the bottom corner of the net.  3 Sqn would not be deterred and if it wasn’t for an excellent save by the goal keeper and a bit of luck from the post the score could have been tied.  As the final whistle blew the score finished 2-0 for 5 Sqn. The Ball Hockey finals saw the goal scoring machine known as 5 Sqn go against the defensive minded 1 Sqn team.  The game started out slow with both teams having some chances to score.  After the dust had settled 5 Sqn found themselves with a 2-1 lead midway through the first period.  1 Sqn had many chances to score and were unable to find the back of the net and the turning point of the game came with only a few seconds remaining in the period when 5 Sqn buried their 3 goal of the period to take a 3-1 lead into the last period.  The second half was a completely different story as 5 Sqn cruised in for an easy victory easily winning by the score of 9-1. 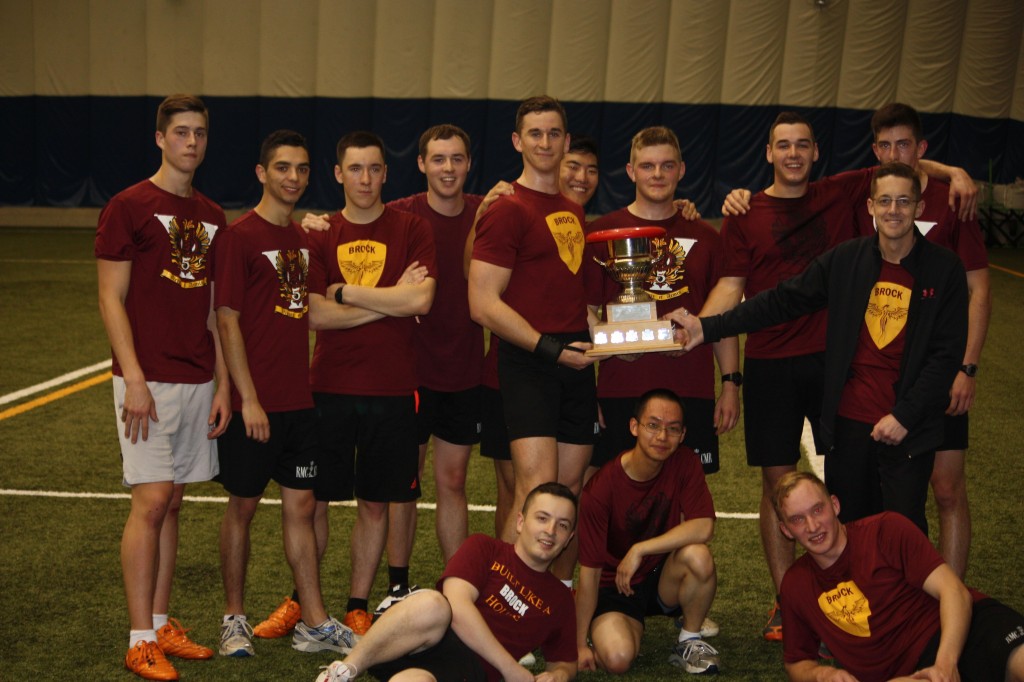 The Ultimate final, on paper, looked like the most intriguing game to watch.  It saw 5 Sqn vs 10 Sqn.  In their regular season match the game ended in a 9-9 tie.  A close game was expected.  10 Sqn started strong and took the early lead in the game going up 4-1 nearing the end of the first half.  5 Sqn, not to be deterred, started a furious comeback in the second half.  Their fitness, skill, and obvious height advantage started to show over 10 Sqn.  5 Sqn eventually pulled even and then started to pour it on.  The game was still a back and forth affair but 10 Sqn could never get back on track and ended up losing to the score of 10-7.  A very well played match by both teams. 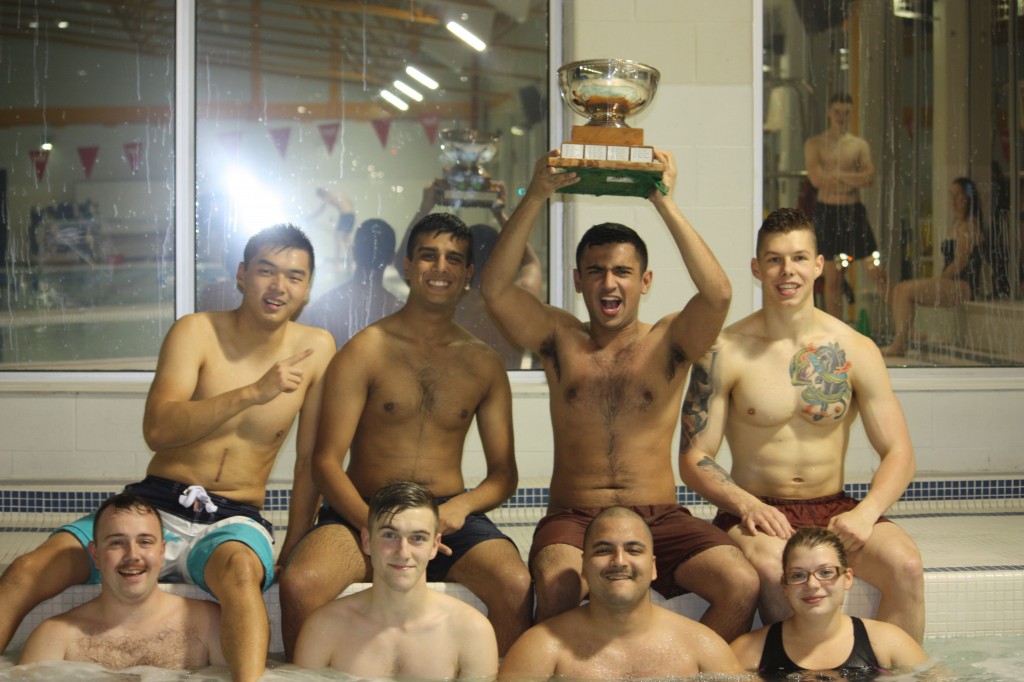 Our Water Polo finals saw A Division and B Division face off in the finals.  Both teams narrowly got through their semi-final games to qualify for the finals.  A division got to the finals with the biggest upset in the entire Fall IM season as they were able to knock off the powerhouse D Division.  The game started out a bit slow with a bit of a feeling out process by both teams.  Once the teams settled into the game B Division started to show their skill level, with some well-placed shots into the back of the net.  A Division had chances of their own but could not close the gap and were down a couple of goals at half time.  The second half was much the same as the first and whatever A Division tried it was always met by a counter from B Division.  At the end of the match the score was 8-4 for B Division. 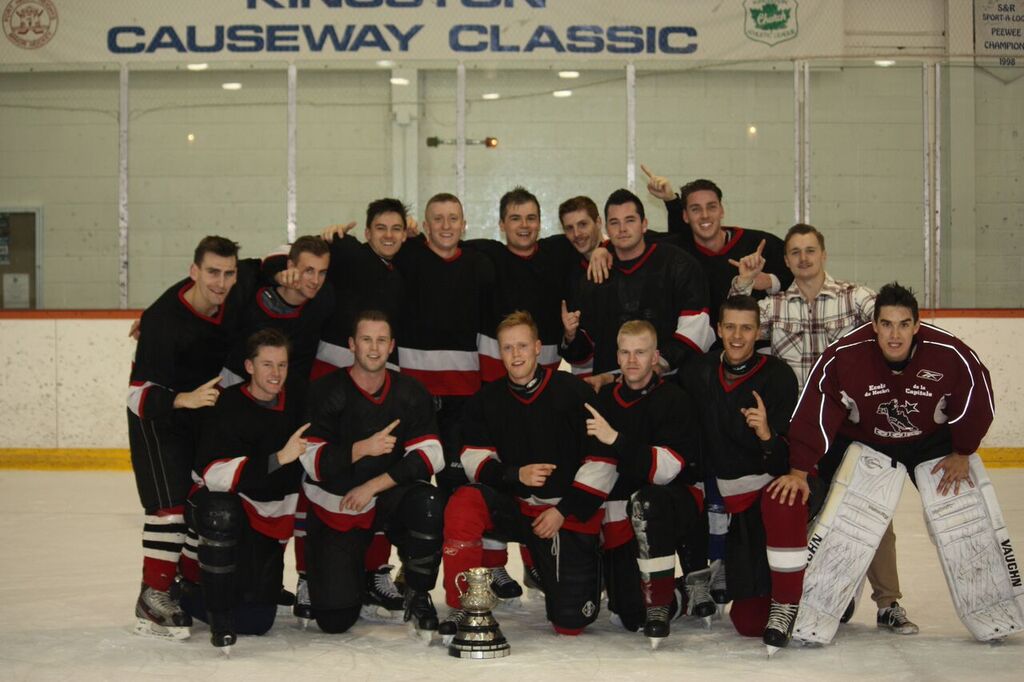 Arguable to the two most lop sided finals were both on the Ice.  Starting in the A tier, D Division was up against the powerhouse A Division squad.  A Division was not interested in slowing down and fresh off an 11-0 victory over C Division in the semi-finals kept the goals coming as they easily skated to a 7-1 victory in game one of the best of 3 series.  Game two was much of the same, with A division getting on the score sheet early and often.  D Division did manage to keep the game close for an extended period of time however A Division’s offence proved to be too much again as they won the series 2-0. 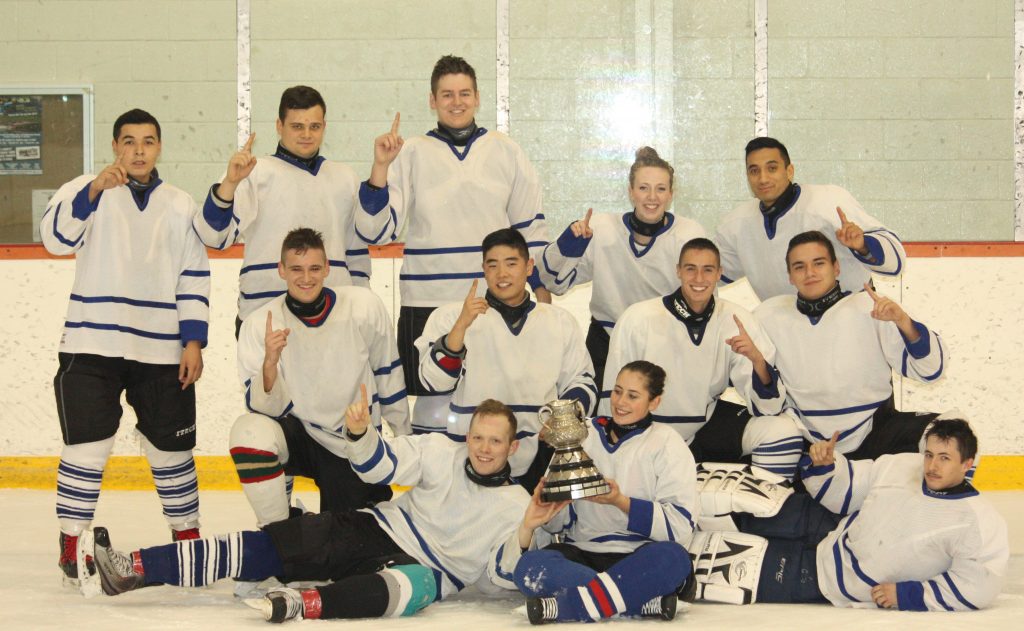 The B Tier final had A division facing off against C Division.  Similar to that of the A tier hockey final, there was a dominate team, C Division.  They were easily able to escape with an 8-2 victory in game 1.  Game 2 would be a different story however, with A Division determined to keep the game close.  The game was a tight checking game finishing tied after regulation.  This means we go to a shootout.  Intramural rules follows that of the NHL in which each team selects three shooters from their team.  Both goalies stood on their heads and it wasn’t until the last shooter for C Division that a goal was finally scored; winning them the game, series and trophy.

Of course Intramurals wouldn’t be as exciting as they are without the efforts of the Officer Cadets.  A big thank you goes out to the volunteer captains, officials, spectators and all those who make the program a success.  An IM awards parade will be conducted on the Parade Square Tuesday, November 24th.  There will we acknowledge all winning teams, and the most valuable and most sportsman like players in each sport.  Congratulations to all winning Squadrons and best of luck to everyone during the Winter 2016 Season.