Coach Leknois commented on the signing saying, “Dale will bring both size and skill to the Paladins, both in the front and back court. His leadership skills at the U18 level will transfer on to our team. Dale is not just talented in the physical part of the game but his maturity and personal demeanour will also help off the court and at the school. He is the type of person and leader the Canadian Armed forces and RMC as a school are looking for. Dale is going to be a great addition to the team and school.” 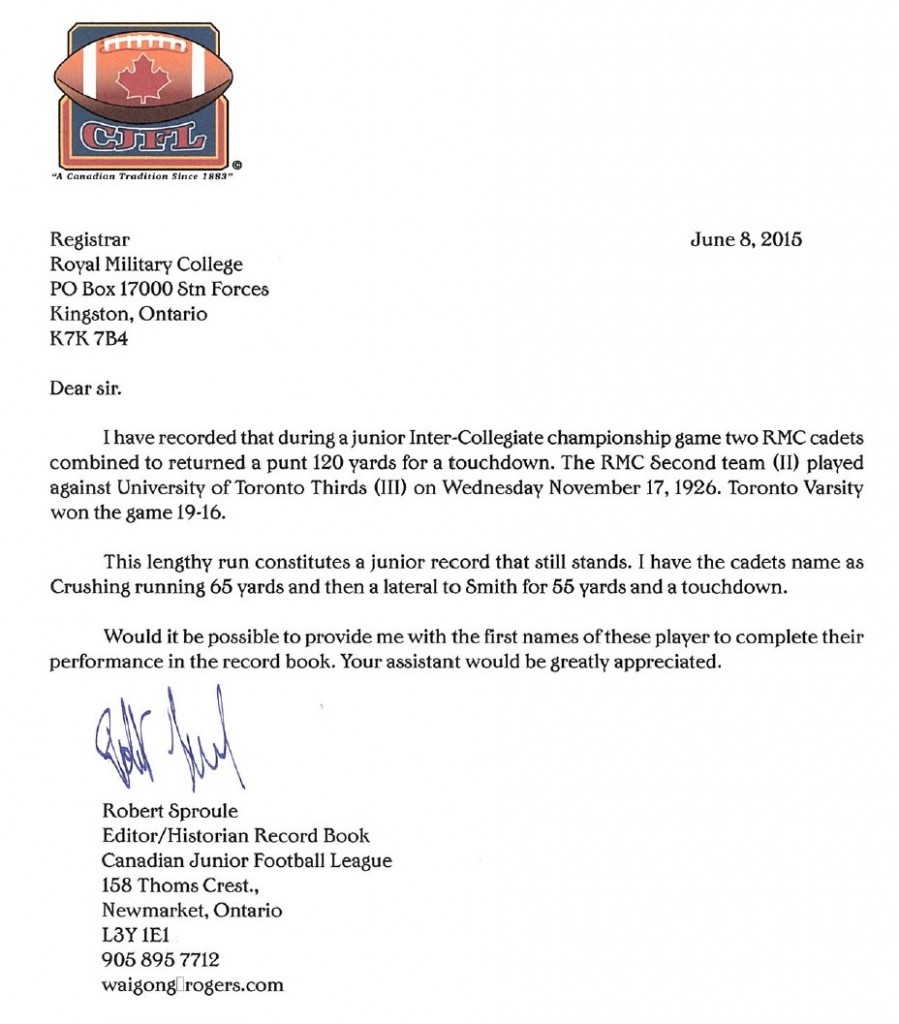 From The Royal Military College of Canada Review, December, 1926. 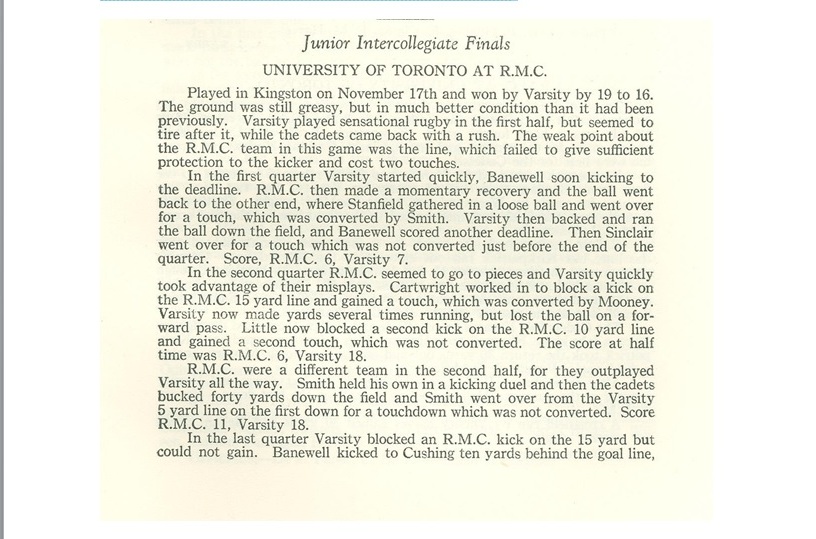