During my first year at RMCC, I had the opportunity to go to USMA at West Point on an exchange with the debating team. There, I met then-Third Class Cadet Meghan Wentz. The next year, she came to RMCC on the same I-81 exchange and we have stayed in contact.

While our experiences at two different military academies were similar in our first and second years, it has become apparent to me how different our fourth year experiences have been.

In Canada, when a member joins the ROTP program, they apply for three different military occupations. This can seem confusing at the time, because the member usually has limited knowledge of what the military is or the opportunities that each occupation provides. However, having a occupation while in training does streamline military courses during the summer and offer opportunities for networking at events like MOC weekend and mess dinners. It is comforting to be able to plan one’s life after RMC ahead of time. As a result, our 4th events usually centre around the countdown to Grad activities, with events marking the 200- and 100- day marks and the Dry Run of the Obstacle during FYOP.

At West Point, however, cadets all join the Army and then “branch” into one of 16 different trades during their 4th year. Every semester, cadets at USMA are ranked based on their performance in academics, military, and physical training. These rankings determine whether or not cadets will get their first choice of trade based on their preferences. Aviation and Combat Arms are usually the most sought after trades. As with everything at West Point, branch assignments are announced with great pomp and circumstance at “Branch Night” during October. All 4th years are crammed into the hallowed Thayer Hall and distributed personalized envelopes. After a countdown, the first-class cadets open their envelopes simultaneously with cheers echoing off the walls. Posting preferences are chosen in another, similar night in January where all the branches are put in separate rooms and cadets are called up in order of their Academy ranking to pull their preferred posting off a wall. 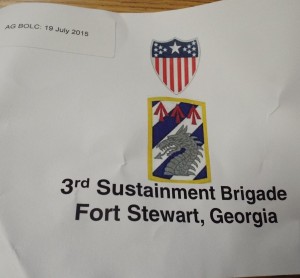 My friend Firstie Wentz recently branched to her first choice, Office of the Adjutant-General, an occupation that does not exist in the CAF. She also recently selected the post of Fort Stewart, Georgia.

Both of these systems have merit, in that at RMC, you join the CAF with the promise of doing a specific job to keep you motivated during your time at the College. I know that for some of my friends, it would be heartbreaking if they were told at the end of 4 years that they could not attempt pilot training. However, a lack of knowledge about different trades and the CAF as a whole can cause some cadets to feel stuck in a trade they do not want to be in, leading to lengthy Voluntary Occupation Transfer – Untrained (VOT-U) processes. It can also be difficult to keep motivated to do well at the College knowing that a 50 average and a 95 average will still get you to the same regiment after the College. At West Point, cadets are motivated to try their hardest at all times to improve their rankings and give themselves the best chance of getting their top branch choice throughout all 4 years at West Point. However, failure to receive a chosen trade can lead to feelings of extreme disappointment.

While the College and the Academy may be different in many ways, our similarities are our strengths, and in the end we are all trying to commission as officers in our respective militaries to protect and serve with integrity and courage. And that’s enough for me.