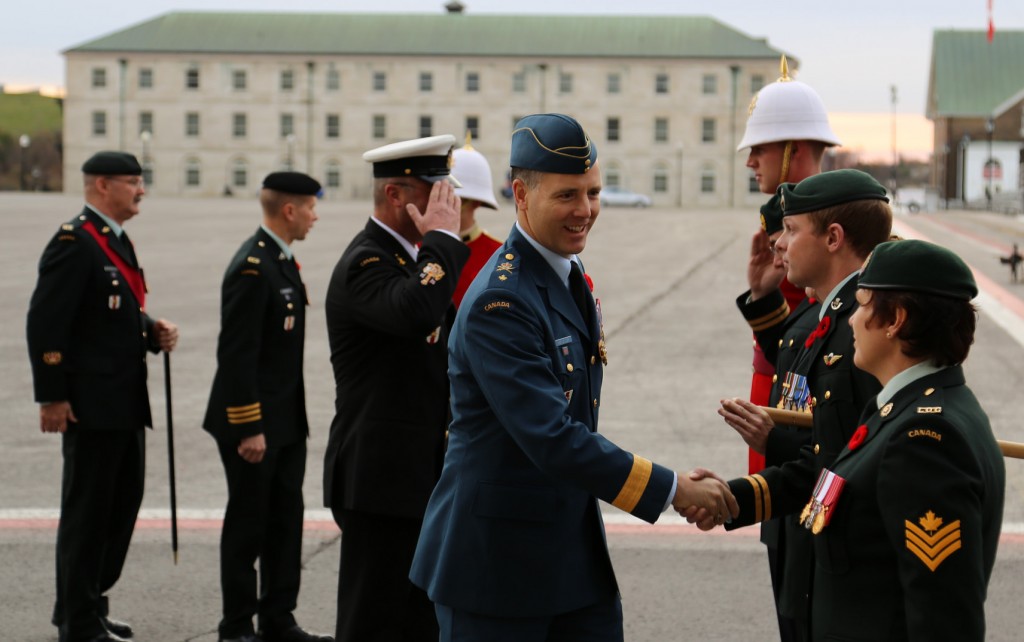 On behalf of the first years, I can probably say that inspection is one of the more stressful times of our year. As we’ve had only a few months to shine our oxfords, parade boots, and gators, we do our best to make them look decent and hope that they’ll pass the Commandant’s Inspection. Another thing that becomes second nature to us from getting ready for this inspection is making beds. Having crisp, non wrinkled sheets with perfect 45 degree hospital corners become our specialty. Getting ready for the inspection is a lot of work, but overall a good experience– When else will you have oxfords/boot shining parties? 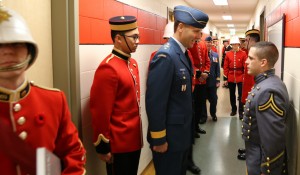 Over the past semester squadrons have conducted weekly inspections for the Commandant inspection ensuring that room standards set but the College will met. At the start it was mainly if we could polish, then that we could iron, progressively moving towards having our rooms immaculate. Beds made, floor swept, boots polished, creases pressed and dust…what is dust? This inspection is a formal one, but the prep is one that you see in a typical military movie; late nights, early morning and a whole lot of loud music.

Since the beginning of the semester, the Cadet Wing has been preparing for the Commandant’s inspection. A lot of hard work has been put in weekly inspections, and the Cadet Chain of Authority had the role of making sure that everyone got to the standard. 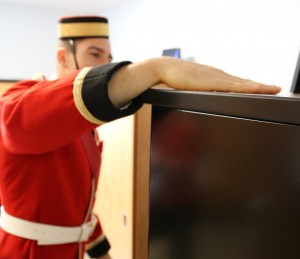 This Sunday, November 9th the bi-annual Cadet Wing Drill Competition took place in the Fieldhouse of the Kingston Military Community Sports Centre. The participants ranged from all four years of the college and competed in a variety of different drill. 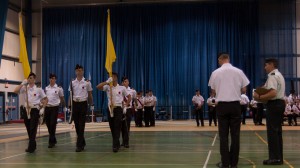 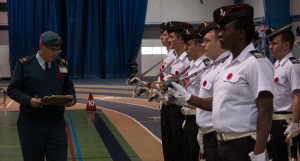 The third years formed flag parties for each squadron. The flag parties each consist of two flag bearers, two rifle escorts and a centre guard who perform ceremonial flag drill. The fourth year class all attended the competition with a sword drill routine that dazzled the judges and proved them another step closer to graduation. Every squadron put on its best show and fought their hardest to win more points towards the Commandant’s Cup.

Results will be updated soon after  they are officially announced.