Through Poetry, 26681 OCdt Ladia Connects Past & and Present at Remembrance Day Arch Ceremony 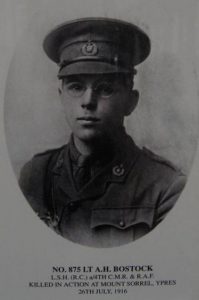 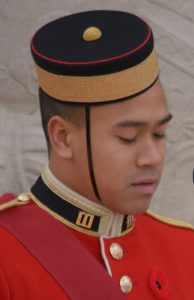 On 11 November, OCdt 26681 Jester Ladia spoke for those graduates of RMCC silenced by the guns of war. Ladia was selected by the College to read his own sonnet to the gathered crowd at RMCC’s Remembrance Day Arch Ceremony, a sonnet written in his 2012-13 English 100 class on behalf of OCdt 875 Lt Alexander Hewitt Bostock, who was killed in action at Mount Sorrel, Ypres on 26 July 1916.

In his introductory remarks, Ladia made a powerful connection between RMCC’s past and present, and the acceptance of responsibility and duty when choosing a life of military service that has remained unchanged in its cadets: “As men and women of the Canadian Armed Forces, we are tested daily, whether this be in a combat theatre, in a leadership role, or even experiencing stresses at home. In the case of Lt. Bostock, he answered these tests with bravery, courage, a sense of duty, and in the end, with his life. In short, the duties of one wanting to serve his or her nation calls upon a very important question that we all can relate to: Can you, and will you, carry on?”

With the writing and reading of his poem, OCdt Ladia honoured not just Lt Bostock, but also his fellow fallen soldiers whose portraits look out from the College’s Memorial Staircase. There are still many more poems to write on their behalf.

How much does it take?

They say you were different from the rest:

You had a higher calling, to be brave;

Your nation is what you wanted to save —

What did it take to pass this daunting test?

Forward and onward you commanded them,

Thrust into the darkness of the unknown,

This was the life you chose, didn’t you know?

They were yours. All yours. Loyal gentlemen.

But there was always something in your head:

Your family, your loved ones, those at home.

A small post card saying “I am quite well”;

Still, beyond the paper, you were alone.

With a heavy heart, you marched, and then fell.

You passed the test, who would have ever known? 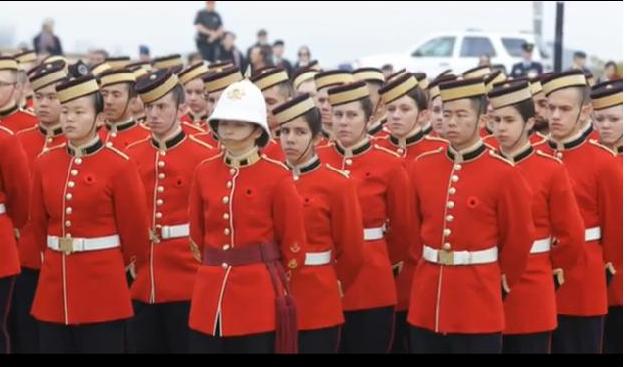 More from the Kingston Whig Standard

Officer ‘stood up and did his job’ 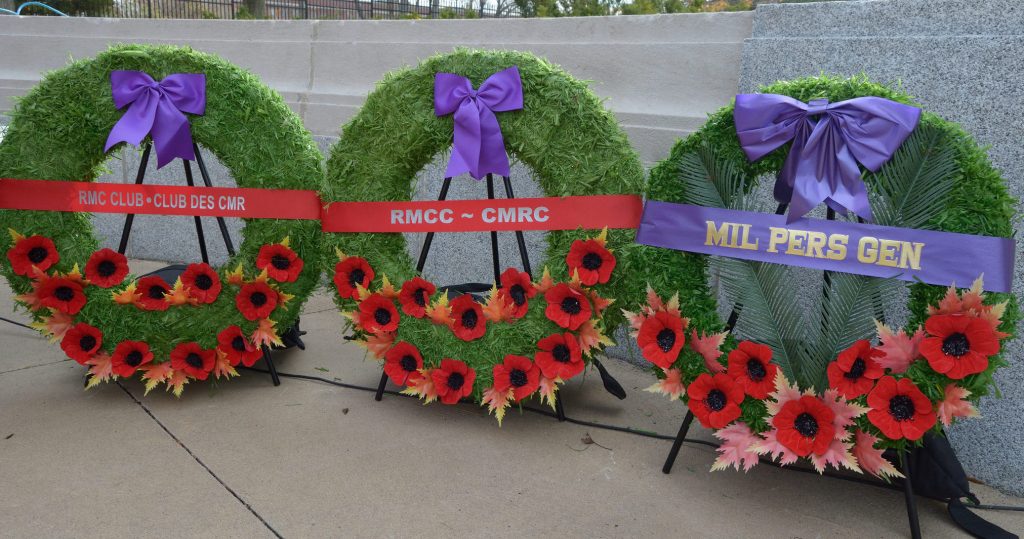 A large crowd was on hand at the Remembrance Day Ceremony at the Royal Military College of Canada. Under ideal weather conditions cadets, staff family and friends – all wearing poppies gathered in the vicinity of the Memorial Arch.

The close to 30 minute ceremony was solemn and dignified. Three wreaths were laid in honour of those who served and the fallen: 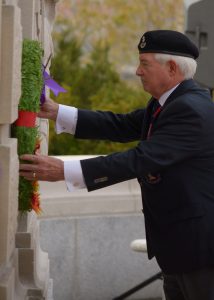 The RMCC Band and Choir distinguished themselves throughout the ceremony. In

particular, while the wreaths were being laid; their rendition of “In Flanders Fields” was very well done and well received by the crowd.

As previously mentioned in the previous article, OCdt Jester Ladia read his own sonnet in a highly professional and passionate style..

Often overlooked at these types of memorials are the chaplains. Both Maj Newhook and Captain Carter added the right level of atmosphere to the mostly solemn event.

A well attended reception at the Cadet Mess in Yeo Hall followed the ceremony.

More photos by James Howells from the 11 Nov Ceremony Here