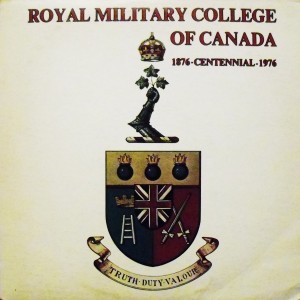 “It is only adventurers who perform great actions, and not the sovereigns of large empires.” 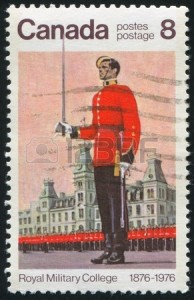 It was exactly like today – a gorgeous, sunny August afternoon. And it was a day following which our lives thereafter would never be the same.

It was exactly 39 years ago at this time that it all began. The members of the Recruit Class of 1976 had arrived at the College earlier that afternoon, and by 16:00 we were all formed up by squadron on the Square, awaiting the fate that would soon befall us. I vividly remember our CSTO, #11582 Ken Zelenka, standing clad in his scarlets on the other side of the Square, just outside the MacKenzie Building.

On the prearranged signal, Zelenka snapped to attention and marched smartly out towards us. Upon reaching our group – N Flight of Brock Squadron – he informed us that we were about to be marched off into the sunset, following which it would be the last time that our families saw us as civilians. With that, we were directed to turn towards our left, and with some semblance of marching we were shambled off the Square towards the bowels of Fort Champlain, where we were delivered into the waiting hands of our Rook Flight seniors.

The descent into hell had begun.

Thirty-nine  years after our arrival at the College, it is interesting to reflect on where the members of N Flight are today, and on what they have accomplished with their lives since that fateful day when we first set foot on the peninsula. For many of us, our lives have unfolded in ways that have been very different from what we had in mind when we arrived at the College in 1976. But nonetheless, when I look back now on where we have come from since that time, it’s clear that if nothing else, both individually and collectively we have all had some pretty interesting lives. And with the passing of time, I have come to more fully appreciate the fact that the members of N Flight were a great group of guys that I was very fortunate to have been associated with.

It goes without saying that our first few months at the College were a challenging and turbulent time. 5 Squadron had a reputation for being one of the tougher recruit flights to be in, as evidenced by our remarkable ability to chalk up summary collections. Back in those days, circles and drill squads had to be written up manually, which I suppose was a good thing, because we had so many of them that if we had tried to keep track of them all electronically, we would no doubt have succeeded in blowing up the computer.

But though we didn’t realize it at the time, in many other ways N Flight was a great place to be. As has been reported in my article last year on our travails in the obstacle course, we had a pretty interesting and diverse group, and this was reflected in their accomplishments both at RMC and in their lives thereafter. In the 1976 recruit boxing finals, one of our members won the award for being the best boxer, and another member of the flight came in second as the “most gentlemanly boxer”. One of our members played rep football for all four years at RMC, and went on to become a stalwart member of the 1979 championship team. Another was a top-rated badminton player. In their final year at the College, two members of the Flight served as recruit section commanders, and four others held Cadet Wing Officer appointments at various times throughout the year.

Of the eighteen recruits who started out in “N” Flight, three did not complete Recruit Camp, and hence were not among those who were promoted to the official status of RMC cadet at the parade on 2 October 1976. The first to go left under some rather spectacular circumstances that continue to be well-known to members of the 1976 Recruit Class. Of the fifteen who were left by time we were permitted to rejoin the human race, all successfully completed their first year, though of course there were some rather memorable mishaps along the way.

As things turned out, for a number of reasons that in many cases could have been largely preventable, only eight members of N Flight eventually made it to graduation. I readily acknowledge that I wasn’t one of them. But even those who fell by the wayside at RMC invariably managed to find success elsewhere. In thinking about our subsequent lives after first year, it is interesting to note that in addition to those who did make it through the College, collectively the members of N Flight also earned degrees ranging from Bachelors to Ph.D. from the University of Alberta, Queen’s, Wilfrid Laurier, McMaster, McGill, Western, the University of Ottawa, the University of Waterloo, and the University of Calgary.

Not a bad record of academic achievement, especially for a bunch of guys who struggled continually to stay awake in class during our first term at RMC !

But notwithstanding their impressive educational accomplishments, it must also be remembered the alumni of N Flight were first and foremost men of action, not of academe. Of those who did make it to graduation, several served with distinction for full military careers, in all three branches of the services. Among those who did make the CF a career, N Flight produced the following:

In addition to the above, one of our other brethren has served for an incredible 41 years in the militia, currently holding the position of Regimental Major with his unit. I remember he arrived at RMC having already accumulated several years of reserve time under his belt. As a qualified MCpl, I now realize that he undoubtedly knew a lot more about real soldiering than most of our seniors!

Those who have spent their lives mainly on civvy street have had some very interesting and accomplished careers as well. Looking at things today, among our ranks I count the following:

I’m also pleased to be able to note that we have a couple of prolific men of letters among us. One member of the group began his career as an English teacher, and later became the author of several highly-acclaimed works of fiction. Another of us who has spent much of his career in the business world has published over 100 professional articles and book reviews.

Similarly, it would appear that we are continuing to solider on with a variety of sporting and recreational pursuits. For example, although we never did produce any qualified military pilots, at least one of us has been a licensed civilian pilot for the last 30 years. There are two guys that I know of who have been competitive triathlete. Another took up judo at the age of 42, and continues to practice today in his late 50’s.

And finally, with respect to the issue of our personal lives, in the interests of discretion I promise not to reveal any secrets with respect to our encounters with members of the fair sex during our younger days. What I can confirm, however, is that there are at least twelve of us that I know of who remain happily married to our first wives. Even more significant is the fact that collectively we have fathered at least 18 children that I am aware of. As far as I know, none of our kids have attended RMC; maybe their fathers’ recollections of life in N Flight scared them off ! But all of the younger generation seem to be doing well, and in all likelihood that may be our most significant accomplishment in life.

For me, the highlight of this past week was having lunch with a fellow member of N Flight who I had not seen since 1977. This guy was and still is an exceptionally bright and talented individual who did much better academically and militarily that yours truly. He left RMC and the Canadian Forces halfway during BOTC in the summer of 1977, after coming to the realization that the military wasn’t for him. His departure was a great loss to the armed forces, but even so, having guys like him among us added an enormous amount of value to our lives.

In some respects, it might be argued that the Recruit Class of 1976 may have been the last of a dying breed. We were the last class to report to the College as raw recruits directly off the street, and for those who did make it all the way, they were the last to graduate when RMC was still and all-male institution. For those of us who were there in the mid-1970’s, looking at the College today is like being in a bit of a time warp. The world of 1976 was a different time and a different society. The RMC of that era was most definitely a very different institution, and indeed a very different way of life that in a great many respects has now passed into history. Whatever feelings we may have about our time on the peninsula – be they good, bad, or indifferent – there’s no denying that the College was a place that made a profound and indelible impact on our lives, and in many ways, made us into what we are today.

Many years after RMC, I reconnected with one of our 5 Squadron seniors from 1976, who today is someone I count as being one of my closest friends. This was a guy who represented the best of the best of what RMC was really supposed to be all about, and he’s someone who I would gladly follow to hell and back. Naturally, whenever he and I get together, you know what the main topic of conversation is. I remember him once making an observation which to me says it all, “The friendships that are forged under fire are the ones that last.”

Though I am by nature a man of letters, one of the things I’ve learned over the years is that sometimes it’s all in the numbers. Thirty-nine is three times thirteen, and believe it or not, for me thirteen is a lucky number. But as I have said in my previous writings the most memorable number is the one that was branded onto my soul as a boy who was not yet a man, the number  that I alone possess, and the one thing that the system could not take away. It’s the number that I will carry to the grave – 12570.

And so, gentlemen – John, Rich, Gordie, Chris, Bob, Bob, Rick, Rob, Kevin, Achim, Jim, Dave, Pete, and Steve – it’s hard to know what to say at a time like this. Our lives today are all undoubtedly a lot more comfortable than they were 39 years ago at this time. But along the way we have had some amazing adventures and remarkable experiences that no one else will ever be able to understand. You’ve all done well in life, and I am proud of your accomplishments. And as I have said on previous occasions, I have known no greater honour than that of knowing you

One of these days, we are all going to have to go down to the Main Street Family Restaurant in Merrickville, and have our own reunion. I can assure you it will be a memorable one.

So here’s to 1976, to our Flight, to our College, and to Canada. If nothing else, we are all a bit older and wiser than we were on the first 22 August when we came together. But we’ve all got many more years ahead of us; let us continue to serve in whatever way we can, and hopefully make this world a better place for those who are depending upon us.