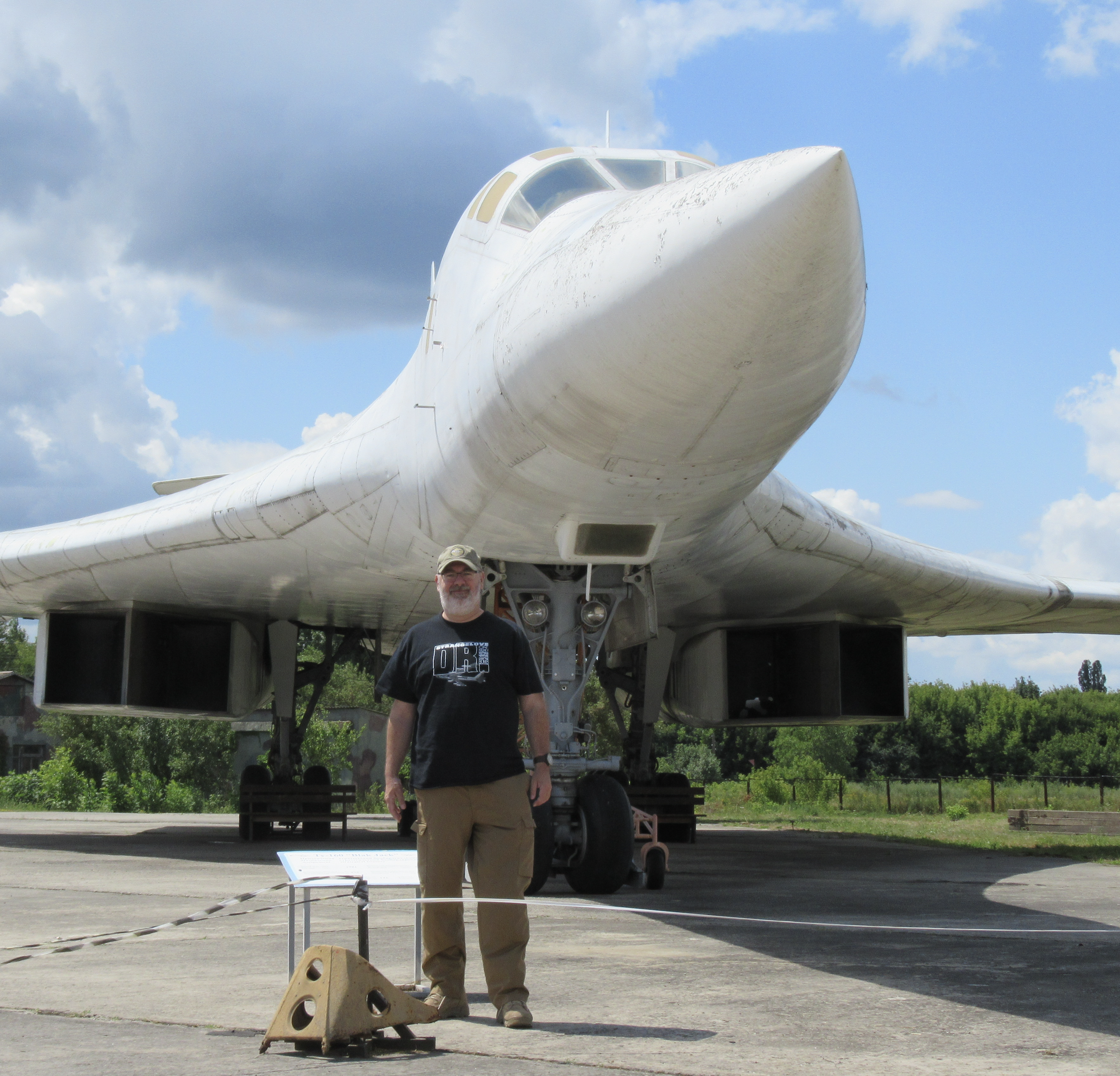 17481 Dr. Sean Maloney (left) is a Professor of History at RMC and, among other things, served as the Historical Advisor to the Chief of the Land Staff during the war in Afghanistan. He recently took the time to discuss his new book, Emergency War Plan: The American Doomsday Machine, 1945-1960, with eVeritas. Emergency War Plan is available here: https://www.nebraskapress.unl.edu/potomac-books/9781640122345/.

eVeritas: Briefly describe the book, its intent, and its themes.

Dr. Sean Maloney: Emergency War Plan is a detailed reconstruction of the American nuclear war plans in the 1950s, from strategic intent down to what was going to be destroyed and with which weapons. The intent is to challenge obsolete historical and in some cases activist views on nuclear weapons and deterrence. This tells the story of military leaders confronted with the astonishing pace of technological change during that time, where the ability to crater entire cities came into being, almost overnight. It explains the role of formerly secret intelligence operations, including overflights of the Soviet Union, right to Moscow itself. The book also discusses the first targeting plans to deal with Communist China and how this was a different prospect from targeting the Soviet Union. The basic theme is: what you thought you knew about this subject is probably incorrect. Here is a new way of looking at it. That has implications for our situation today when it comes to formulating deterrence strategies.

eVeritas: Why write this particular book and how does it follow on from the others you have written? Does it represent a continued return to your roots as a scholar, as was the case with “Deconstructing Dr. Strangelove”?

Dr. Sean Maloney: Initially Emergency War Plan was going to be a chapter in Deconstructing Dr. Strangelove but I had so much new declassified material it altered my pre-conceived notions about the period. This is common in history, it evolves, but when we are dealing with issues involving nuclear weapons, the historiography, or history of the history, has not done so in key areas since the end of the Cold War. And that was thirty years ago. Secrecy is a substantial obstacle, obviously, so persistence is a key aspect of the research. I was gratified to see the approach validated by top-flight Cold War scholars in the field like Philip Meilinger and John Prados, as well as by the recent head of US deterrence policy, Lt. Gen. Jack Weinstein, who endorsed the book.

eVeritas: How does this book fit with your work as a professor at RMC? The reviews in the poster refer to it as the “definitive work on a complicated and arcane subject.” What value does such a subject have for Cadets today?

Dr. Sean Maloney: I teach courses dealing with nuclear weapons issues, the Cold War, and strategy. The most important aspect of the book implicitly deals with the future. Understanding where we have been, particularly in the nuclear deterrent field, is even more important today than it was five or six years ago. It is crucial that we have the best information at hand and available to those who will have to deal with these issues for the rest of their careers in one way or another. The Canadian Army has recently reinstated nuclear weapons effects material into its training system, for example. Everybody thought that was over and done with in 1991. It isn’t. How we develop deterrence approaches to handle the dual threats coming from Communist China and Putin’s Russia can only benefit from understanding how things really worked in the past, not how people thought it did, or wanted them to, based on obsolete information. Emergency War Plan is on the cutting edge of this field. It is yet another example of what we can accomplish here at RMC. 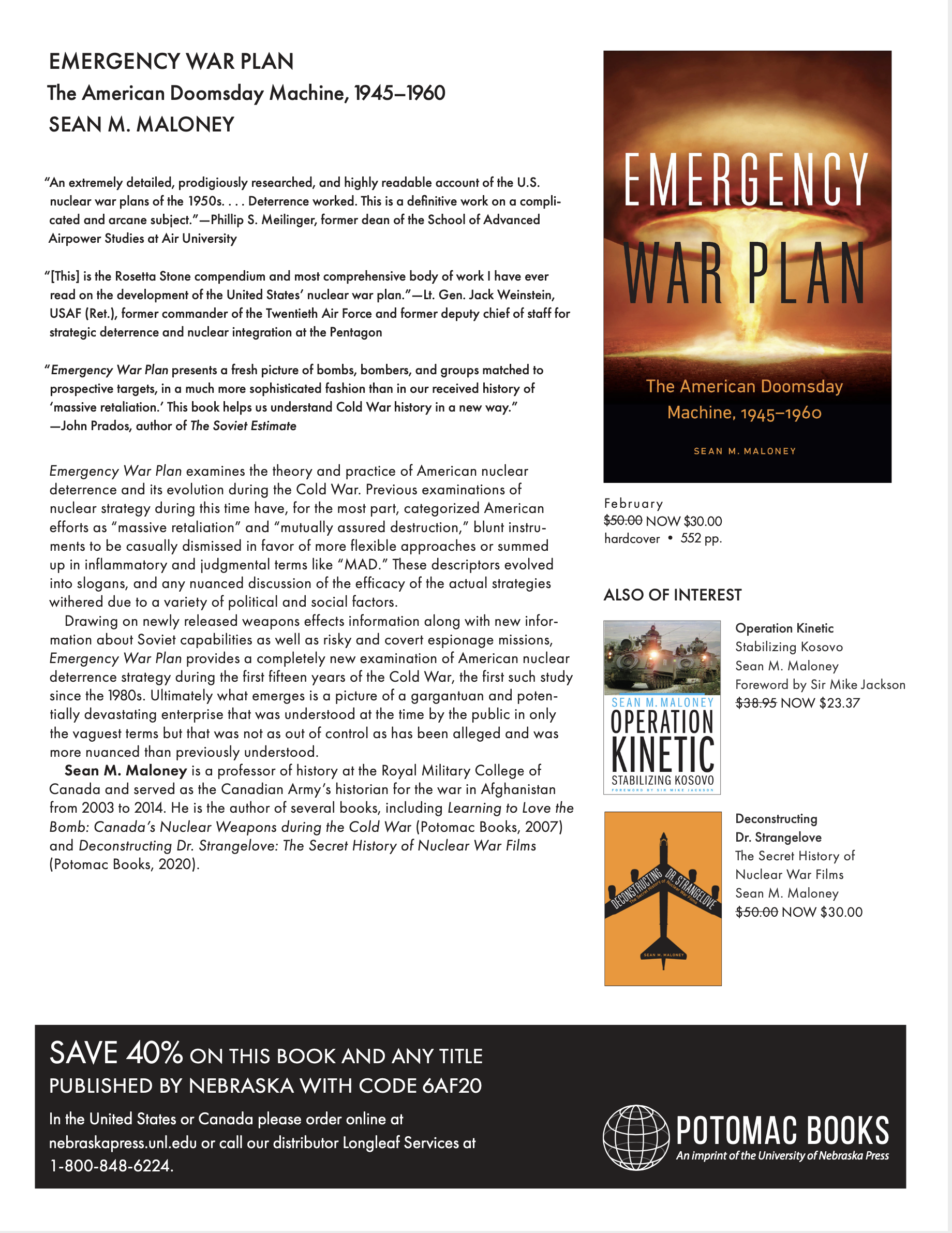