The Week that was…

Our energetic e-Veritas photographer, 24487 Ocdt Dan Fleming was all over the college last week.  Try as he may he was unable to capture all of the main events but he was that “fly on the wall” at many of them.

How it all unfolded…

After a restful Thanksgiving weekend, the College was relatively quiet this past week as the Cadets ‘hunkered down’ and focussed on successful mid-terms. The program was adjusted , including cancelling Wed Mil training activities on Wed Morning, to permit maximum opportunity for the Cadets to study for their exams. Another example of the entire College staff being flexible and focussed on ensuring everyone is enabling the success of the Cadets in each of the College components. 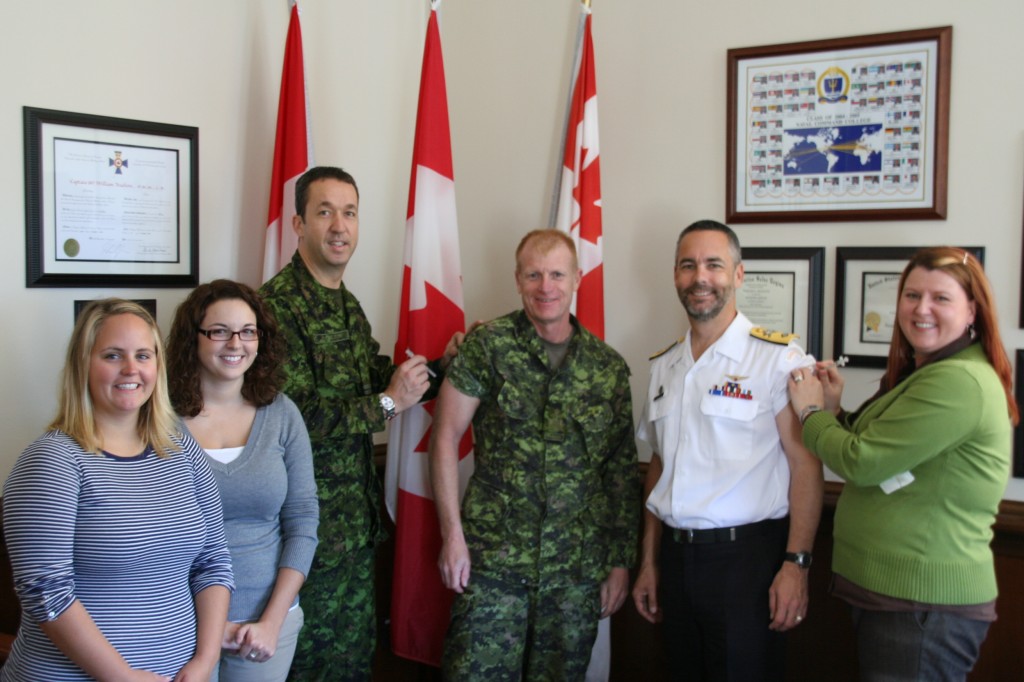 It’s that time of year again! On Wednesday the Commandant and CCWO rolled up their sleeves and prepped for the annual flu season but getting their immunization early. The entire College and all e-Veritas readers are encouraged to get their flu shot in an effort to minimize the impact of influenza on the College program this year.

Why Should You Get Your Flu Shot?

On Wednesday, RMCC was honoured to host a delegation from South Africa. The Commandant, CCWO and Principal, along with other members of the College team joined the visitors for lunch at the SSM following which our guests received a brief on the College. Ross MacKenzie then escorted the group on a walking tour of the grounds prior to their departure. This was again a wonderful opportunity to showcase RMCC to the international community.

More photos with the delegation from South Africa. 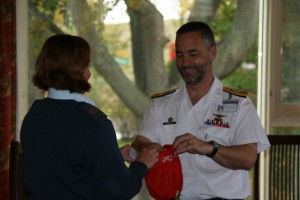 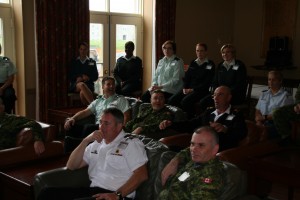 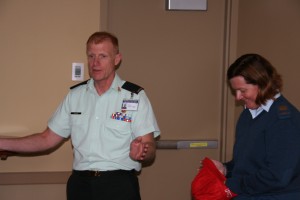 On Thursday afternoon, the Commandant had the great privilege of spending some with the College NCMS at the Coggins Club. He and the CCWO took the opportunity to brief the NCMs on a range of issues and then responded to questions. We are very blessed to have an incredible group of NCMs at RMCC; all of whom are focussed on coaching and mentoring our young cadets and enabling their success. Led by the CCWO, these professionals constantly demonstrate professionalism and commitment 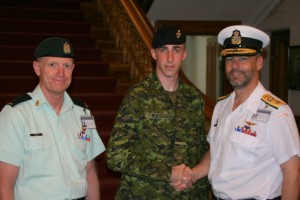 On Thursday morning, the Commandant and CCWO, assisted by members of the Mil Wing staff, had the pleasure of promoting OCdts 24830 HW Jeon (L) and 24690 R Sullivan (R)to 2Lt. Both are heading off for their next phases of training. Congrats to both of these most recent RMCC graduates!

Commandant’s visit to the History Department

Other noteworthy happenings, not caught on camera…

Throughout the week, United Way fund raising activities continued including the weekly United Way BBQ at the Massey Library and a Bake sale& Chilli lunch in the main foyer of Currie. Several other activities were initiated including ‘relaxed dress Fridays’, parking on the parade square as well as many other special events. Once again, RMC is showing its generosity in support of this very worthy cause.

On Wednesday, the Commandant and CCWO joined 8 Sqn for ‘Morning Soup’. A new initiative by the Cadet leadership of 8 Squadron, this event allowed the cadets to take a break from the books and enjoy some time together over homemade soup, chowder , coffee, and pie. It was obvious that morale in 8 Squadron is very high with many ‘sporting’ new 8 squadron hats. Well done to all involved and particularly the Cadet leadership of 8 Squadron. Word on the street is that this is quickly becoming a highlight event in the Wing.

On Wednesday afternoon, the Commandant had the pleasure of meeting with US Army Visiting Defence Fellow, Col Larsen. Col Larsen and his family are spending one year in Kingston while he attends studies at Queens. Col Larsen, an Army Engineer, is looking forward to becoming very involved at RMCC and we look forward to seeing he and his family around the College.

On Friday evening the College was pleased to host RMC graduate 14899 Colonel Steve Saulnier (CMR RMC 1985) as the guest of honour for the A division first year mess dinner. Many members of the College team, including the Commandant, CCWO, and several members of the Mil wing staff were present. Col Saulnier, provided the first years some terrific perspective on his ‘lessons learned’ for success in 1st year and beyond.

B and C Division mess dinners will occur in the weeks ahead. Staff and faculty from all areas of the College are strongly encouraged to attend these important events. The Division Commanders would be pleased to hear from anyone at the college interested in getting a seat.

That’s our week at RMCC — We hope you enjoyed sharing it with us.