Above: Sergeant Walter P. Rozman is preparing for a flight in a AT6 Texan at Nigata Ait Base in Japan in 1950.

Depending on how one looks at leadership in its mentoring and examples setting form, I have been blessed to have had many mentors and examples over the years.  On one level in this respect, I came from two very large Catholic families.  There were 12 siblings in my father’s family, a Polish origin Catholic family. My grandfather changed the longer family name in the 1920s for business reasons and to be “more American.”  My mother’s family of 14 siblings, 13 surviving to adulthood, was a Quebecois family that still straddles the Canadian/U.S. border in lands they have occupied since the 17th Century.

Most of this generation had seen active military service before and during World War II, Korea and up to the Vietnam War.   Counting spouses of aunts and uncles, 24 of the siblings and their spouses served in the armed forces.  As I was growing up there were always several of the uncles and one aunt who were or had been in the service and someone was always overseas.  Most of them achieved commissioned or non-commissioned officer rank while in service.

One uncle is interesting in the sense that he was the mysterious Uncle Bunny who never seemed to be “home” whenever my immediate family was in the home place of Central Connecticut.  This was the location both families had settled following earlier residency in my father’s family’s case Massachusetts and in my mother’s family’s situation Northern Maine.

Uncle Bunny was always overseas in exotic places like Greenland, Japan, Korea, to include North Korea, Philippine Islands, and Thailand.  When in the States he was as traveled being assigned to duty at army posts and air bases in California, Georgia, Illinois, Louisiana, Maine, New York, Ohio, South Carolina, Texas, and Utah.  He was the uncle who, until he retired from the Air Force, was never home.  As such he was an indirect mentor in a way…his seeming to always be somewhere interesting was a huge attraction to service.

Walter P. Rozman grew up in Wilson, Connecticut.  As a boy he was fascinated by aircraft and was an avid model plane builder.  At 16 he enlisted in the Connecticut National Guard.  He enlisted in the distinguished and veteran 2nd Battalion, 169th Infantry Regiment that could trace its roots back to the organization of the Hartford County Regiment in 1672 from English train bands in the Connecticut River valley in what was developing as the English Colony of Connecticut.

Arms of the 169th Infantry Regiment

It was 1947.  The regiment had returned to state service in late 1945 after some 4 ½ rears of active federal service starting in February 1941.  It had been deployed to the South Pacific in October 1942 continuing in that theater to the end of combat operations on Luzon, Philippine Islands followed by occupation duty in Japan until demobilization and return of the colors to Connecticut.  The battalion had made five combat amphibious assaults.  Many of the soldiers in the new private’s unit were combat veterans. 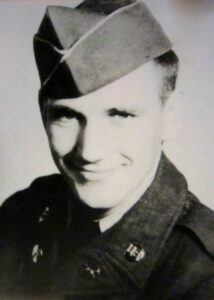 The new private was assigned to the battalion headquarters company’s ammunition and pioneer platoon (A & P platoon).  He would engage in the headquarters company’s monthly multiple unit training assemblies at the Connecticut State Armory in Hartford, Connecticut where the company was based.  He would deploy in the summers of 1947 and 48 to summer two week active training of the battalion at Camp Edwards, Massachusetts. 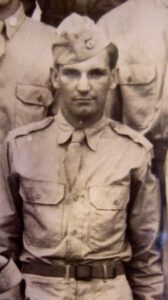 Private Rozman’s last assignment in the company would be to the communications platoon.  In the summer of 1949 he would deploy to the U.S. Army Infantry School’s Radio Repair Course.

In August 1949 on return from the Radio Repair Coursel, the Army National Guard private acted on his love for aircraft and at 18 enlisted in the newly formed Regular Air Force.  He was soon on his way to Lackland Air Force Base, Texas for basic training.  Advanced training would follow at Barksdale Air Force Base, Louisiana,   By early 1950 the new airman was deployed to a radar station in Nigata, Japan where he continued duties that extended from his National Guard service in supporting communication systems.

By October 1950, now Airman First Class Rozman had been assigned to the recently activated 35th Fighter Group, Tsuiki Air Base, Japan.  War had again raised its hoary head, this time in Korea.  The following synopsis captures the experience with the 35th Fighter Group.. 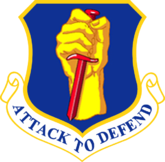 In July 1950, the 35th Fighter-Interceptor Group commenced combat from Ashiya Air Base in southwestern Japan. It quickly converted from F-80Cs back to the rugged and longer-range North American F-51D Mustangs it had given up only a short time before. Group headquarters and the 40th Fighter-Interceptor Squadron moved to Pohang Air Base (K-3) on South Korea’s south eastern coast in mid-July, and the 39th Squadron followed on 10 August.  Airman Rozman participated in this deployment serving as switchboard operator.

The precarious ground situation in Korea forced the 35th Group to return to Tsuiki Air Base, Japan on 13 August, where it remained until early October.

From 6 September, the group supported United Nations ground forces moving north of the 38th parallel. The squadrons focused their attacks on fuel dumps, motorized transport, and enemy troop concentrations until it moved in mid-November to a forward airstrip at Yonpo Airfield, near the North Korean port city of Hungnam to provide close air support to the U. S. Army X Corps.

Airman Rozman continued to serve the unit as a switchboard operator.  In addition he manned a defensive perimeter position for the airfield armed with an M1 Carbine.

Relocating to Pusan East Air Base in early December 1950, the 35th Group continued supporting UN ground forces, eventually staging out of Suwon Air Base in March 1951 and Seoul Air Base in April. The combat-weakened group was transferred without personnel and equipment back to Johnson Air Base Japan in May 1951 where it was re-embodied and equipped with F-51s and F-80s and merged back with the wing to provide air defense for Japan. 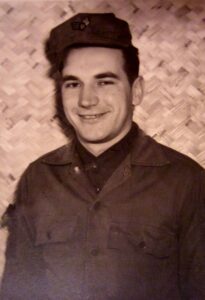 For its combat operations in Korea, the 35th Fighter-Interceptor Group was awarded the Republic of Korea Presidential Unit Citation, and the UN Defensive, UN Offensive, CCF Intervention, 1st UN Counteroffensive and CCF Spring Offensive campaign streamers to its colors. (Most of this preceding section concerning the 35th Fighter-Interceptor Group was developed from the Wikipedia article on the 35th, corroborated with notes from interviews with Technical Sergeant USAF Retired Walter P. Rozman.)

The unit in place redesignated as the 49th Fighter-Interceptor Wing.  Airman Rozman continued as a switchboard operator at the Taegu Airfield with the 49th until 1952 serving 18 months in Korea. 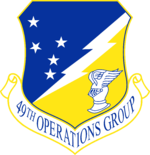 A return to the U.S. followed with assignment to Air Transport Command at Donaldson Sir Force Base, Greenville, South Carolina from 1952-53.  At the end of this tour discharge from the Air Force was accepted followed by return to Wilson, Connecticut. At 22 years of age and six years in the military service the call to serve was too strong.  The airman reenlisted.

Duty as a teletypist in communications sections followed at Mitchell Air Force Base, Long Island, New York and Clinton County Air Force Base, Ohio through the rest of 1953.  Before the year was out, the airman was back in Korea, the war was continuing. 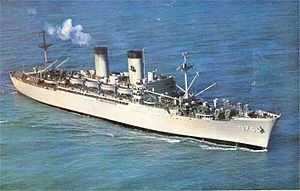 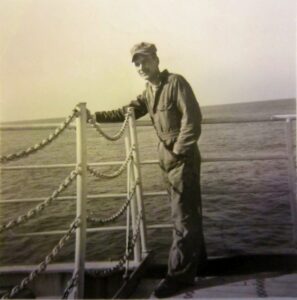 The airman rejoined his old unit the 49th Fighter Bomber Wing.  From 1953-54 he served at Suwan Air Base south of Seoul manning the switchboard.

From 1954-56 the Airman, now sergeant, was assigned to 5th Air Force and 1st Communication Command and based in Nagoya, Japan.  Here he met and courted his beautiful wife Sumiko, the love of his life.   His oldest brother Bob, an Army major assigned to the Military Assistance Advisory Group in Vietnam, would fly to Japan in 1956 to welcome Sumiko into the family.

The new family would relocate to Tokyo from 1956-57 with an assignment to 8th Communications Command.   This assignment would be followed by a return to the U.S. and assignment to Travis Air Force Base, California from 1957-59.

In 1959-60 reassignment to Chanute Air Force Base, Illinois where the sergeant retrained as an aircraft fuel systems specialist.  Completion of training was followed by assignment to Dow Air Force Base, Maine and the 4038th Strategic Wing and its B52 Bombers and KC97 and KC135 tankers.  During this tour the sergeant would deploy to Greenland in 1962 with 6 KC197 tankers as part of the alert operations necessitated by the Cuban Missile crisis. 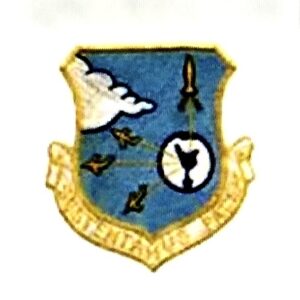 The sergeant would be reassigned from Dow Air Force Base near Bangor, Maine and the 4038th Strategic Wing to the 18th Aircraft Maintenance Squadron, Kadina Air Force Base on Okinawa and assignment to the 49th Fighter Bomber Wing for a third tour of duty with that wing.  The wing was equipped with 80 F105s.  The tour would be from 1963 to ’64. 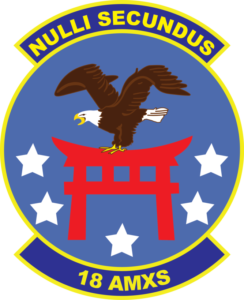 During the tour at Kadina the 49th would deploy a force of F105s to Korat, Thailand where missions were flown against North Vietnamese ground targets. A typical load of ordnance for the fighter bombers on these missions was 16 500lb bombs per aircraft.

Reassignment to Itazuki Air Force Base from 1963-67 followed.  The now staff  sergeant was responsible for all fuel tank operations on the base.  He was promoted to technical sergeant during this tour by order of the general commanding the air force assigned to the theater as a result of the general’s experience during his command inspection. 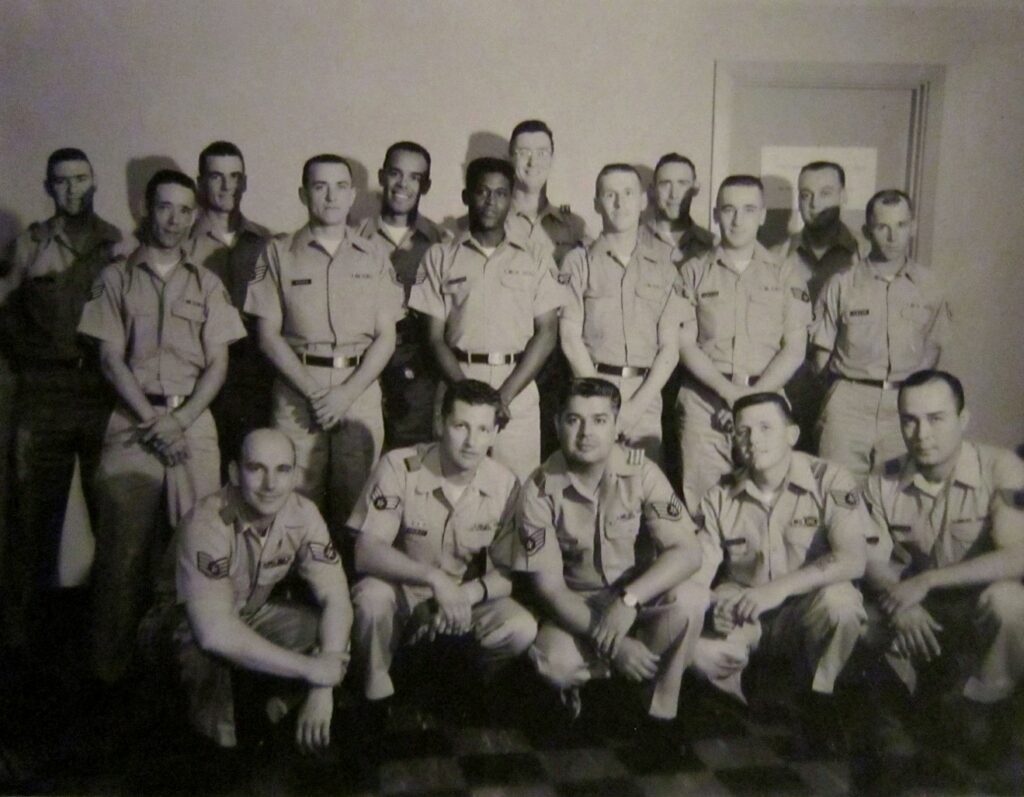 During the ensuing years since their wedding in 1956, Sumiko and Bunny had built a family of two sons and two daughters.  Devout Catholics, their family was central to their lives and they invested everything they had in their family.

After the many reassignments and moves and tours of duty in combat theaters with attendant absence from his family, the sergeant found himself with over 22 years of service. A policy introduced by the Department of Defense during the post Korean War reductions in force awarded serving personnel who had National Guard and Reserve troop unit service a full year of active service credit against retirement for each year of that organized reserve service.  In 1969 the technical sergeant became aware of the reserve component service credit policy and determined he would retire from active service.  He initiated that action. 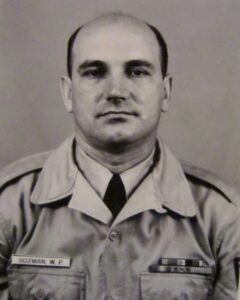 Bunny and Sumiko began their new life as civilians in Connecticut and raised their four children.  Bunny transitioned into civilian employment.

Bunny and Sumiko were both active volunteers in their local Catholic parish.  All four of their children completed their educations, married and established families.

In 2006 Bunny and Sumiko celebrated 50 years of marriage with 100 family in attendance.  Five of Bunny’s surviving siblings were present, four of them were armed forces veterans like himself.

Technical Sergeant Walter P. Rozman, after a long and active Air Force career made an important decision as a leader, a decision for his family after so many years of service.  In his way, he was an inspiration to many of us in the family.  Because his home was close to the University of Connecticut, it served as a second family home to my sons when students at the university while I continued in service in Germany and Virginia.  His door was always open to my boys.

And whenever I visited, no matter the time or circumstance…the door was always open to me and my wife Joy and the hospitality was the most gracious a tired traveler could experience.  The Polish/Japanese cuisine was a delight I remember.

There are many forms of leadership that I have benefitted from by experiencing them.  The leadership demonstrated by Technical Sergeant (Retired) Walter P. Rozman has been some of the most beneficial and appreciated.