Above: Patch of the 1st Cavalry Division

As we learn from our ever-expanding experience, leadership takes many forms.  For those who have served in large formations of any army we have likely in some way noted the phenomenon of “different” perspectives held by those in the service support side of the organization as compared to those say in the maneuver  subordinate formations of infantry, armor or cavalry type sub-units.

The following vignette recalls an initiative of one division commander to correct this tendency of the service support soldier to develop any wayward tendencies when applying themselves to supporting the soldiers they existed to support.  Some readers may recall versions of this exercise applied ion their present or past experiences.

The mechanized infantry platoon leader had received a warning order that a captain from division would rendezvous with him at his company’s motor pool the following Monday morning.  The captain would be attached to the 1st lieutenant’s platoon for the week of deployment some 15 miles north in the military reservation’s large maneuver box.

The platoon had been under the operational control of a tank company from one of the brigade’s two tank battalions for the last serval months of an ongoing major army testing of then-new tactical concepts and organizations.  Several months of testing remained and the platoon was almost constantly in the field.

As the lieutenant understood it, the captain, a Judge Advocate General (JAG) Corps officer and attorney assigned to the division’s JAG Office, was to ride along with the platoon for a week in the field to gain a perspective on maneuver operations.

The captain was at the motor pool with his field gear when the lieutenant arrived.  He was an amiable officer that projected competence. The lieutenant, concerned when he received the warning order at what he might encounter, was impressed with the captain’s straightforward attitude and positivity.  He impressed the lieutenant as a person who did not put on airs.

The lieutenant acknowledged the captain’s comments and, in the limited time available before the platoon crossed the SP (start point) for the road march to the assembly area proceeded to provide a brief orientation of the platoon and the anticipated operations for the week.  He introduced the captain to the platoon sergeant and the four squad leaders. 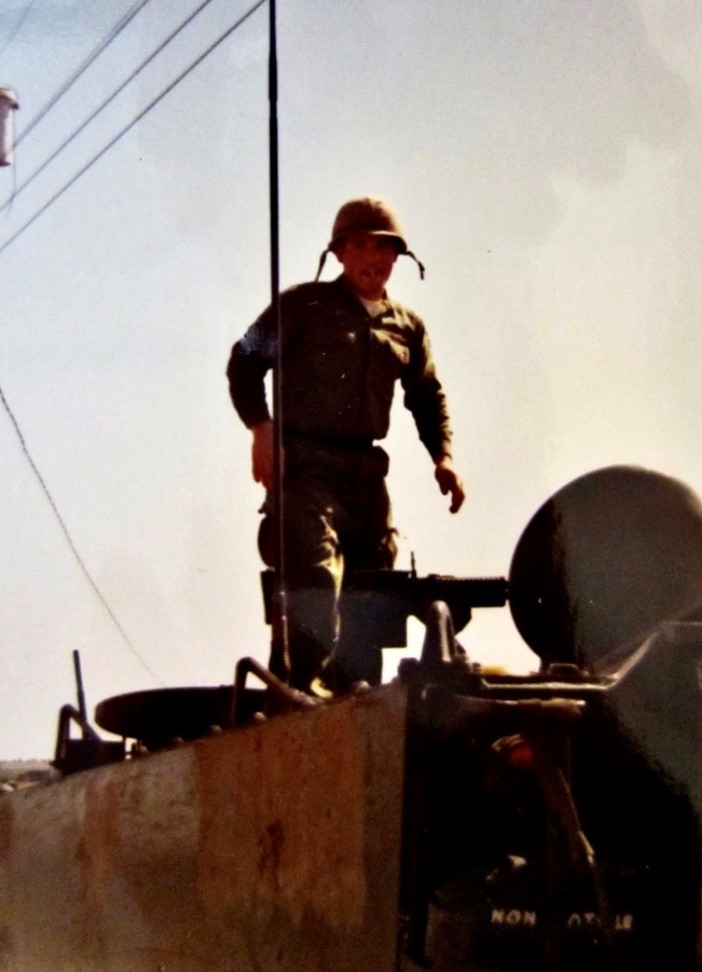 The lieutenant emphasized safety policies in the platoon and outlined the concept for where the captain would locate during operations.  Shortly after, the platoon mounted its four 11 ton M-113 Armored  Personnel Carriers and the Cunnings Diesel Engines roared to life.

Soon the platoon was crossing the SP and moving north on the tank trail churning up choking clouds of white dust a hundred feet into the air from the pulverized clay dust a foot or more deep on the tank trail.  The captain’s maneuver adventure had begun.

The program about to unfold was the brainchild of the division commander.  He had determined that too many of his division’s service support officers were not sufficiently grounded in the essential business of a maneuver division.  They did not have a full understanding of what the majority of the division’s soldiers confronted in their daily and extended duty life.

In the iteration unfolding, the JAG captain engaged was demonstrating exactly the desired attitude toward the initiative.  He was oriented on gaining as much sense of what the maneuver soldiers experienced to enhance his service delivery.  But he intended to be as inobtrusive as possible as his host unit performed its range of tasks and missions during the week.

The week proved hot, dusty and busy with day and night operations.   The captain proved a good field soldier adapting well to the platoon and routine and requiring no special considerations.  He functioned like a member of the platoon. 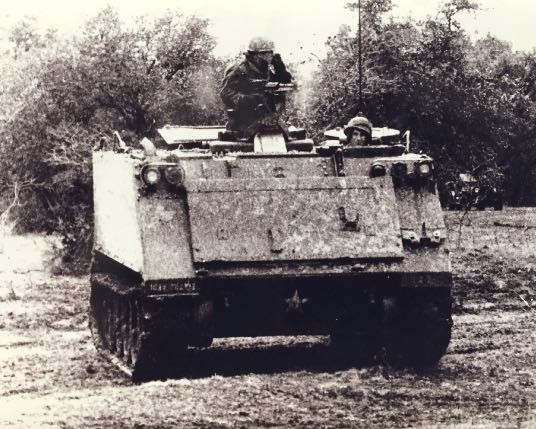 The busy week quickly went by and the platoon was soon crossing the SP for the return road march to garrison.  No untoward incidents had occurred during the week though there were some close calls.

On hitting the “bird bath” and its power washers all hands pitched in to clean the tracks…the JAG captain among them.  The time soon arrived for the captain to bid farewell to the platoon.  He thanked the men and NCOs and gave a separate thanks to the lieutenant for his welcome to the platoon and acceptance as a temporary member of the unit.

The captain’s departing comment was instructive:  “To understand this life and these soldiers, an experience like this is a necessity.  I could imagine what I might, but it would never be what real experience gave me.  I am now much better equipped to support these soldiers in what I do.”

A week is a relatively short timeframe, but in the week just outlined an officer charged with delivering important support to the soldiers and units of the command had gained in a way a lifetime of insight in that short period.  Anecdotally, the division commander’s accompany program bore good fruit that greatly benefitted the effectiveness of service support in the division.  His vision and acting upon it was a clear demonstration of effective leadership.  The lesson was not lost on the lieutenant.  He would apply versions of this approach himself in future situations.  This was a legacy of the division commander’s leadership that extended well into the future.