“There are strange things done in the land of the midnight sun but the strangest I ever did see was a long truss bridge, heading north, yet still very far from the sea…….!”

My apologies to poet Robert Service and Sam McGee from Tennessee. The Canadian government was committed to the construction of a highway in the Yukon from Dawson City to Inuvik NWT on the Mackenzie River delta, very close to the Arctic Ocean. The highway (later named the Dempster Hwy after a Mounted Policeman) was well under construction and several hundred miles of a gravel road had been completed on both sides of the river to be crossed by this bridge. About 122 miles north of Dawson City (of Gold Rush fame 1898) the proposed highway intersected the Ogilvie River. It was over 360 feet wide at the crossing point.

The federal department of public works (DPW) had already designed the bridge and a contract had been awarded to a Vancouver firm to manufacture the bridge components. It would be composed of three identical spans of 120 feet configured as pony trusses. Surprisingly, it was fabricated of high strength steel which was to be galvanized and, when one considers the cold Yukon climate, should keep the rusting of this bridge to an absolute minimum and it should last for at least a hundred years and probably much more.

As I understand it, some questions by politicians in Ottawa, raised the idea that military engineers might be employed to build this structure. To cut to the quick it eventually became a project assigned to 3 Field Squadron (3Fd Sqn) RMC located in Chilliwack, B.C. It would be my job as the Commanding Officer 3 Fd Sqn, Canadian Military Engineers to make the plan to accept the bridge, organize the shipment of the components to the bridge site and build it. Easier said than done I later found out. While my unit had a complement of over 325 personnel at the time, the project would only need about 30 personnel at any time. It would be a pretty big collateral duty for the squadron in a remote location with a very long supply tail.

I should interject here that when I was at 1 CEU (Winnipeg), a military technical unit, as Chief Engineer I had actually been to the bridge site, as a consultant to 3 Fd Sqn, and had I traveled with Major Ian Ballantyne (my predecessor as CO 3 Fd Sqn) and Major Gerry Zypchen who was an engineer staff officer at Mobile Command HQ in Montreal. The trip to, and the return from, the site was in itself exciting and turned out to be quite an adventure.

We three engineer majors actually met in Vancouver to fly CP to Whitehorse and on to Dawson where we would meet with the senior DPW engineer working on the Dempster. He drove us up the highway to a flat area where a helicopter could land a take us up to look at the selected crossing. Here is where it gets interesting. The contracted civilian chopper could only carry one passenger at a time and for some forgotten reason I was selected to go in first. The flight over the Ogilvie mountains was worth the price of admission by itself. We were flying very close to the mountainside and I asked the young pilot why we were so close to it? He explained that the chopper really didn’t have enough power to get over the very high crest without using the wind up-draught, caused by the mountain, to literally blow us over the top. Sorry I asked! We were thousands of feet up. When we actually crested the top of the mountain the view was breathtaking. There was Canada’s Yukon spread out in front of me in all of her majesty. I’ll never forget that feeling or that stunning view of Canada.

When we got to the crossing site, I jumped out of the chopper and it took off to get the next passenger. I suddenly realized that all of my Boy Scout training had been forgotten. 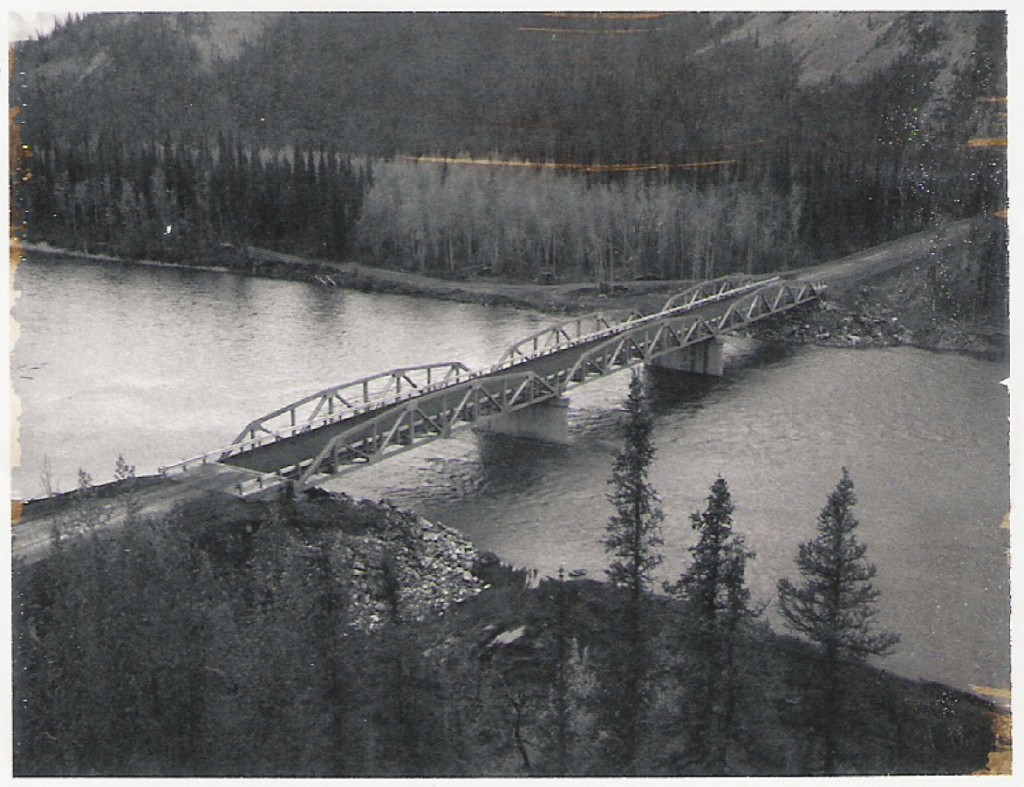 Here I was, all alone, literally hundreds of miles from anywhere, I was not armed, was in summer combat clothing and I had no food. If anything happened to that chopper I’d probably end up as a footnote in some boring report!

When I stood at the crossing there was a steady breeze, but as I nosed about checking for a tree I could climb if a hungry bear saw me, I realized that in the woods the breeze was light and almost still, but the mosquitoes surely weren’t. I was attacked by hundreds of them. Bears be damned I went back out on the beach where the brisk wind kept the mosquitoes at bay. Incidentally the trees were very old and short as we were almost above the tree line, so they offered little protection anyway.

It seemed an eternity before the chopper got back with my two companions, one-by-one. We did our reconnaissance, kicked the sand, made our notes and reversed the process to get out of there. This time I went out first!

While we were in the Yukon doing our reconnaissance there were forest fires all over the Yukon. We had taken little notice of this fact, but when we got back to our DPW vehicle we were advised that the road to Dawson had been closed because of the fire danger and we were unable to get back to the Dawson airport. Since our DPW engineer guide lived in Whitehorse and was heading home we decided to hitch a ride with him and fly south from Whitehorse. It was an 8 hour drive I recall. At one point the Mounties waved us down to advise us of the danger of going on because a shift in the wind might cause the fire to jump over the road and we’d be “cooked” as it were. Well we, three military engineer majors, thought that were we invincible so we pressed on. The term ‘impetuous’ would not be out of place here.

Back to the bridge. I had seen the site. I had seen the plans. The bridge was to be a three span pony truss, each span 120 feet for a total length of 360 feet, that would require two abutments on each side of the river and two piers at the third points in the river. My plan was to assemble one side of the span at the bridge manufacturers plant so that our soldiers could see how it went together. I requested that each span be colour-coded and all of the bolts, nuts, and members be colour-marked to ensure that everything got to site. The closest Canadian Tire or military supply depot was hundreds of miles away and there were no quick remedies for mistakes. 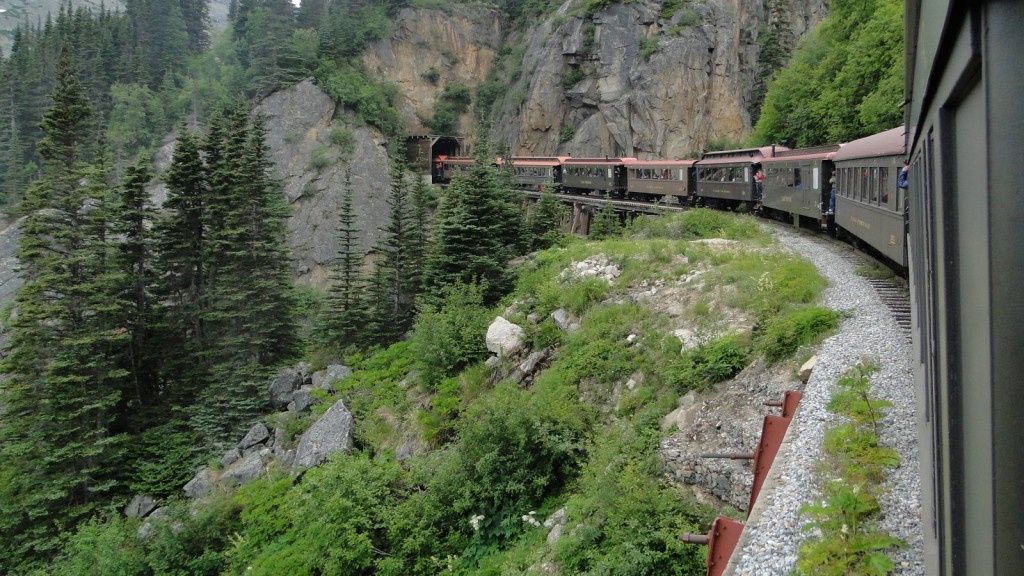 The plan was to have the bridge components shipped to Skagway, in Alaska, and loaded on the White Pass and Yukon (a narrow gauge railway) and transported to Dawson, where it would be shipped up the Dempster Highway, by trucks, and off loaded at the bridge site.

Since Lt. Barr (later Major), who had been working with me, was being posted to the squadron, at the same time I was, and was up-to-speed on the bridge plans, I intended to make him site commander when the time arrived. He was clearly the right choice.

I had the planning pretty well sketched out, I thought that we would deploy our sappers by air, our equipment by road from Chilliwack as soon after 1 May as we could to firstly build our camp, prepare the site and get ready. I figured that we would finish this bridge about Labour Day (1971) or after about 4 months of work. I was shocked when the senior engineer of DPW in Vancouver opined that, based on his experience, it was likely that a bridge of this size, in that location, would be finished in the summer of 1972. Nevertheless I still went ahead with my plan.

The construction method that we used probably would not be acceptable today in light of environmental concerns. We actually built a dyke out into the river so that we could install two cofferdams, for the mid stream piers and erect the first two spans, from dry land. When that was completed we opened the dykes to accommodate the river flow then put a dyke under the third span so that it could be erected from dry land too. I’m sure we may have temporarily bothered the spawning of some fish species and I, now, regret that possibility. Of course the two abutments were slightly easier to handle from the river banks with no environmental concerns.

Any bridge that I have ever been involved with, whether expedient or permanent, usually has technical problems. In this one, I was astonished to discover that the soil investigation was misleading. It indicated that bedrock was about eight feet below the river bed. In fact it was merely inches below the bottom. The need for piling was therefore obviated so we improvised and used heavy dowels concreted into drilled holes to anchor the piers to bottom of the river working in the cofferdams. Another huge problem was the fact that all of the aggregate, within miles of the site, which was needed for the designed concrete bridge deck was deleterious and could not used. The easy way out of this “pickle” was to order up an expanded-metal-lattice deck. Surprisingly we were able to get this designed, purchased and shipped to the site just as we needed it. A miracle? Perhaps.

I have extracted the bridge portion of my memoir of 3 Fd Sqn because it would have greatly complicated my “real” (perhaps normal is more appropriate) duty commanding this marvellous unit. I only want to add that while the bridge was under construction, I periodically flew north to the site from Vancouver or Calgary (depending where my squadron was deployed) on Fridays and returned on Monday. The squadron was well-trained for this job and once they got going I think I was just a nuisance. But I loved it. Almost every engineer wants to build a permanent 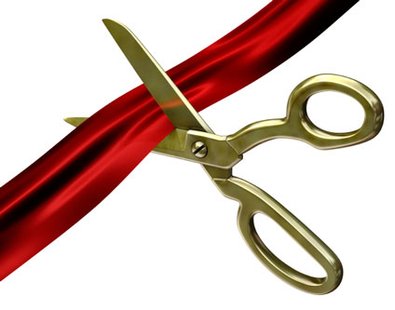 As it turned out I was posted out of 3 Fd Sqn in August 1971, just as the bridge was finishing, to attend Staff College in Toronto, a one year course, but the “powers that be” actually sent me plane tickets (Toronto to the Dawson return) to attend the ribbon cutting at the bridge site just around Labour Day as I had predicted. At the “Opening Ceremony” I restrained myself from smugly smiling at the DPW Chief Engineer who told me months before that it would take us a year or more to build a bridge of this size in the far north. He was almost right!

Lead by the CO Major Donald Gray, some just home from the Yukon

I understand that this bridge has been heavily used since 1971. I’ve been retired for over 25 years and I have only met one couple who has crossed this bridge. About 15 years ago my wife and I were on a cruise in the Baltic and we shared a lunch table with an adventurous American couple who loved travelling in northern Canada. I nearly fell off my seat when he told me he had crossed this bridge several times while vacationing.