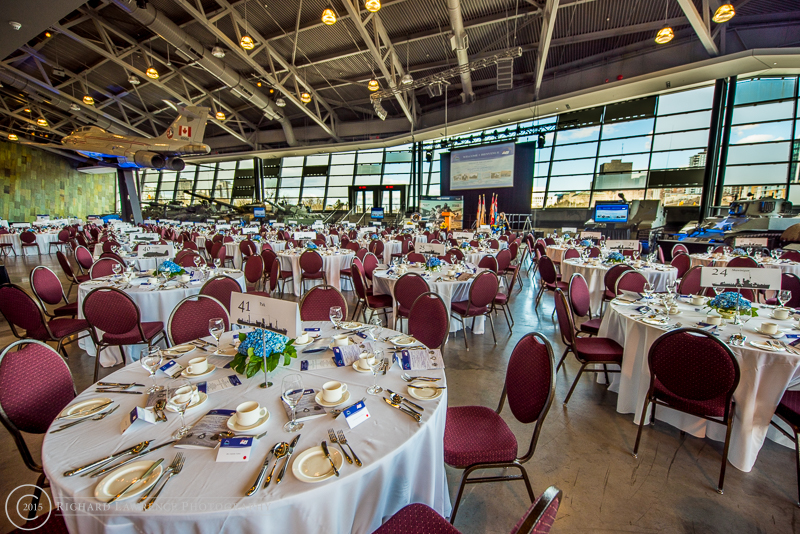 Caption: The adage “a picture is worth a thousand words” could not be better stated to describe the classy 2015 Battle of the Atlantic Gala Dinner attended by 26 Naval Cadets which wasrecently held at the Canadian War Museum in Ottawa.

Battle of the Atlantic Gala Dinner

On Thursday April 30th, 26 Naval cadets from all years and squadrons attended the 2015 Battle of the Atlantic Gala Dinner held at the Canadian War Museum in Ottawa.

The event hosted a wide range of Navy Members ranging from the Commander of the Navy, Vice Admiral Norman to the incoming members of the Ottawa War Memorial Vigil, and associates from all over the world, most importantly in attendance were many veterans who had served during the Battle of the Atlantic.

Throughout the evening cadets got the chance to speak with veterans and listen to stories that gave them insight into a vital point in the building of the Royal Canadian Navy.

Naval Cadet Anna Childerhose, 26669 and Naval Cadet Derek Frank 26349 got the chance to participate in an interview with the Global News in which they provided a commentary between future Naval Officers and Naval Veterans who served in the Battle of the Atlantic during the Second World War. 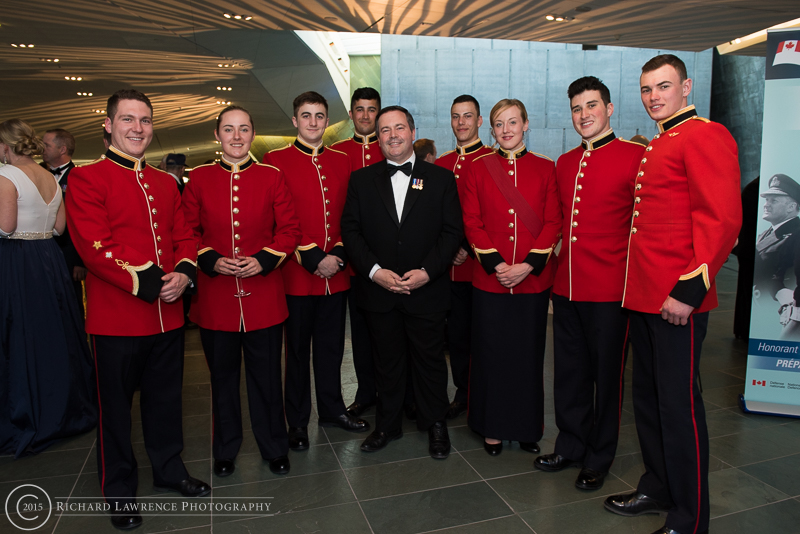 The evening began with a social that gave the cadets opportunities to move around the room and socialize with numerous people, hearing all sorts of stories from RMC and early Naval careers. Following the social, the cadets spent most of the night enjoying great food and company with the assortment of guests that were placed at each table. Throughout the night the guests were addressed by many speakers that compared both he past and present of the Royal Canadian Navy emphasizing the importance of “turning the tide”, being the nights theme.

The Naval Cadets got to represent the future of the Royal Canadian Navy and had the chance to learn from the currently serving and retired members. 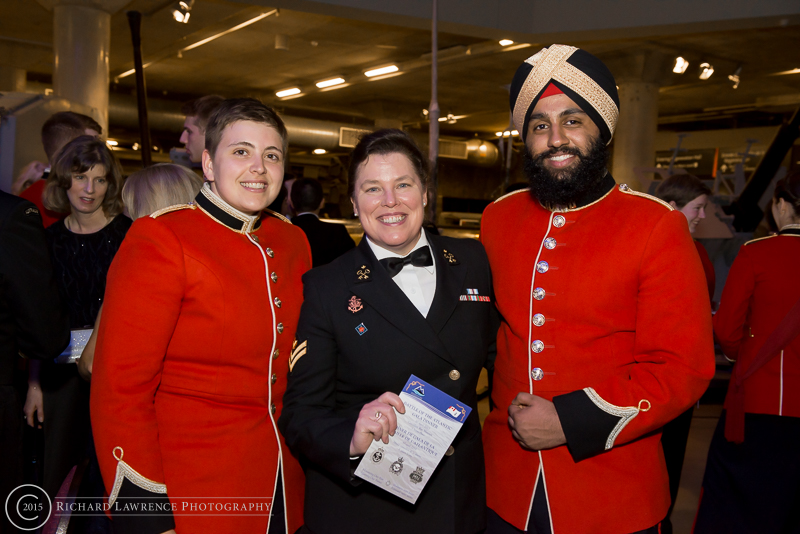 Caption: An added bonus for RMCC Naval Cadets who attend these high-profile events is that they have the opportunity to meet and chat with a host of people of all ranks. In this photo NCdts Chantelle Klassan and Tejvinder Toor are enjoying the company of Master Seaman (MS) Christine Broyden a Supply Technician on the NDHQ Naval Staff.

Before heading back to RMC, the Naval cadets had one last chance to socialize with guests of all stripes and explore the museum pieces that surrounded the Gala including old tanks and planes.

The Battle of Atlantic Gala also celebrated the 70th anniversary of the end of the Battle of the Atlantic during the Second World War. The spectrum of the veterans and the aspiring naval officers from RMCC proved to show how far the Navy has advanced but also very much the same it really is.

The Gala provided the cadets with a realistic view of their careers down the road and what they represent for the past and even future generations of Canadian’s and the Royal Canadian Navy.

Opportunities such as the Gala allow the cadets to improve their socializing skills, make connections with currently serving members and key people within the Naval environment, and further the development of their confidence as future officers. 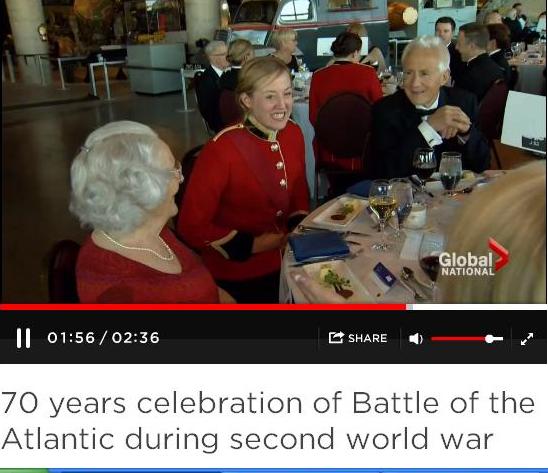