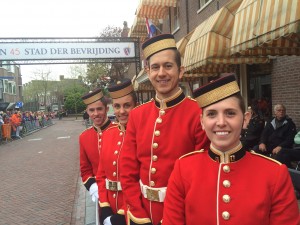 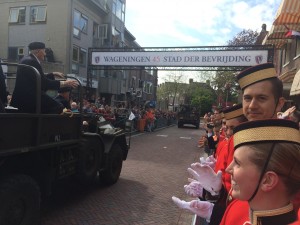 Caption: Eye witness to history! Cadets watch the vets pass by during the Dutch Liberation parade in Waginigen where the Germans surrendered to the Canadians on May 5, 1945. OP Distinction in the Netherlands

Five members of RMCC have had the opportunity to participate in the 70th Anniversary of the Liberation of the Netherlands. At the invitation of Minister of Veterans Affairs, 19894 the Hon Erin O’Toole, the five joined a contingent of 60 Canadian veterans of the campaign to liberate the Netherlands which lasted from late 1944 until the end of the war on 5 May 1945. Also, included in the official party was Deputy Minister, Veterans Affairs Canada, 12320 General (ret) Walt Natynczyk. 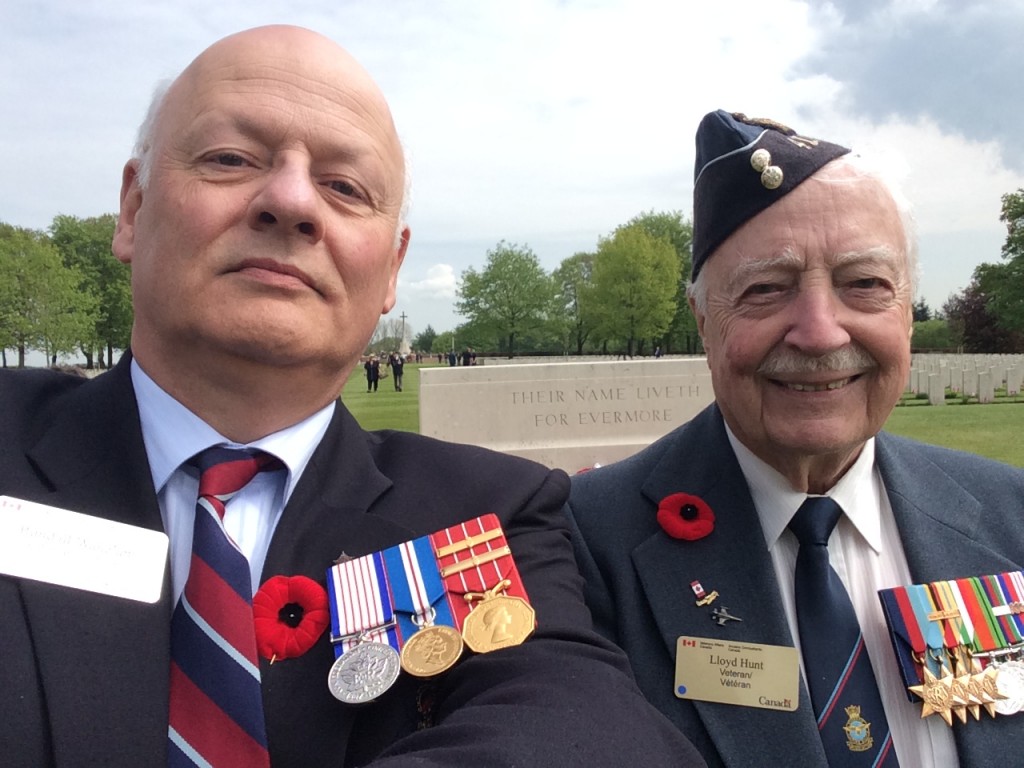 10763 Col (ret) Dr Randy Wakelam from the History Department acted as the contingent’s historian, taking in the veterans’ personal reminiscences and providing context of the bigger questions of Allied strategy and campaign decisions. He notes that the vets had many incredible stories almost all of which started with a young man, generally on or just before his 18th birthday, volunteering for overseas service. Many landed on D-Day while some joined their units as reinforcements later in the campaign. The members of 1 Canadian Corps, the ‘D-Day Dodgers’, spoke of their fight up through Italy before joining 2 Corps and the rest of 1 Canadian Army in southern Holland for the last push to liberate the Dutch people.

The Dutch remember the Canadians very warmly. There were personal reunions for several of the vets, meeting with families to whom they had given rations and friendship in the weeks after the end of the conflict. Particularly moving for the entire contingent was the way in which all Dutch generations participated in their multitudes at all remembrances and liberations events. Indeed for the Dutch there was both solemn reflection at Canadian losses and a real sense of celebration on 5 May, a date which marked the return to freedom after five years of occupation. 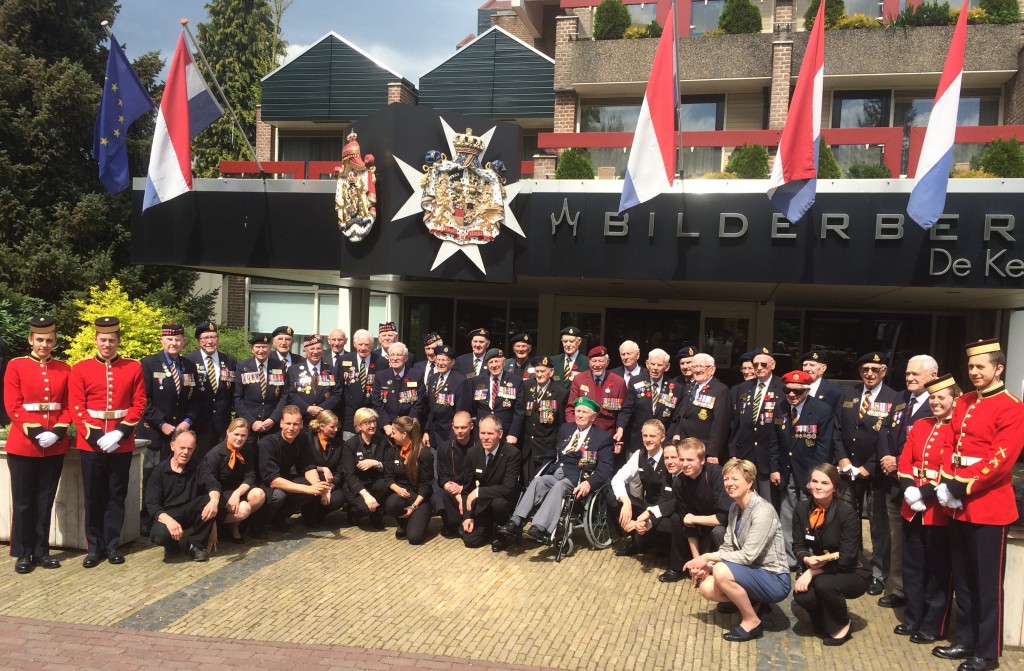 “It has been an absolute privilege to be part of the Veterans delegation touring Holland for the 70th anniversary of the liberation of the Netherlands. The greatest highlight for me thus far was the liberation parade in Wageningen.

Everywhere the veterans go they are treated like celebrities, and the parade was no exception as they were greeted by thousands of smiles from local residents that turned out to show their appreciation.

It was easy to see that the Veterans, such as my new friend, ninty-two year old John Preece, were already touched by all of the love and support, even though we were still only halfway through this week’s events with much more to come.”

I am so lucky to have been chosen to accompany these veterans on this trip. It has been so interesting to listen to their amazing stories and the advice that they have to give us.

I think it is safe to say that I have found a role model in every single one of them. The people of the Netherlands are so unbelievably grateful for what these men and women did to liberate their country 70 years ago and it makes being a Canadian in the military mean so much more.

I was lucky enough to be selected to participate in OP Distinction in the Netherlands. When volunteering for this tasking I had no idea how big of an impact it would have on me – it has truly been life changing.

I have met some of the most incredible people who are just so eager to tell us their stories and to give us advice for our careers after RMC. It is especially nice seeing them here in the Netherlands because they have received the support, admiration and attention they deserve for fighting those long battles in World War II to beat the Germans.

Their dedication and passion to achieving freedom for everyone across the world is inspirational, and I have never been more proud to call myself a Canadian.

The liberation of a country from the oppression of a tyrannical power is certainly a cause to celebrate. My short experience on this trip to the Netherlands has shown me that even 70 years later, this is still the case.

While in Holland, I have had the opportunity not only to experience the kindness and generosity of the citizens of the Netherlands and their endearing gratitude of the acts that our soldiers did for them 70 years ago, but I have also had the distinct pleasure to meet and get to know some men who, although seemingly ordinary Canadians, became heroes in this beautiful country so long ago.

The veterans who participate in these celebrations have been the highlight of this trip since it has been through their stories, their emotions, and their experiences I have been able to learn so much about what Canada was able to accomplish on the battle fields in World War Two and what kinds of loss these men had to face in those days and live with for the rest of their lives.

Throughout the various ceremonies and parades I have been an eye witness some truly moving speeches and acts of remembrance throughout this past week that have made me realize the importance of an officer and serving members role in the defence of Canada and of peace, as well as the sacrifice that each serving member may one day have to face and that so many young men and women had to face 70 years ago.