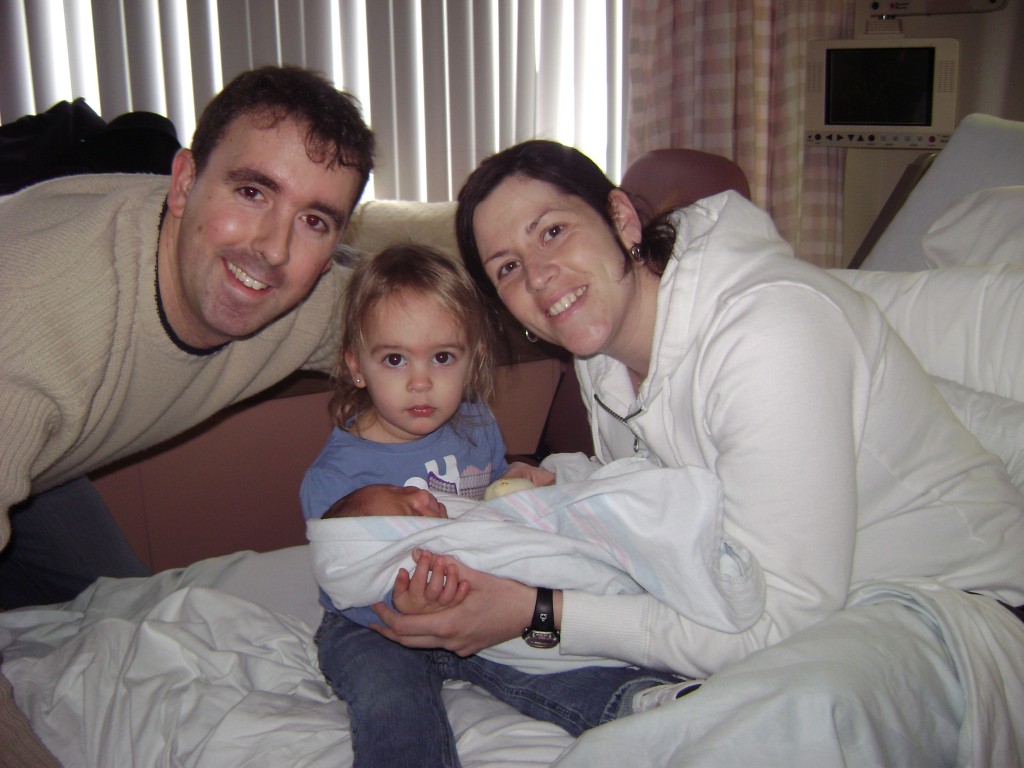 22800 Daniel Thibodeau (RMC ’04) and wife Roberta Doucette are thrilled to announce the birth of their first son and second child Sebastien Paul Thibodeau. Born at 0908 hrs on 18 Feb 2011 at Kingston General Hospital in Kingston, Sebastien was a healthy 6lbs 8oz and 20in. Big sister Emily (2) was really happy to meet baby Sebastien, she never misses a chance to hug and kiss him.

Daniel is currently the Adjutant at the Canadian Forces School of Communications and Electronics (CFSCE) in Kingston. Within CFSCE, Daniel as been employed as an Instructor for the Basic Signals Officer Course and the Second-in-Command (2IC) of 1 Squadron (Officer and Advanced NCM Trg Sqn).

Previously posted in e-Veritas in February – We subsequently experienced technical problems with the posting.