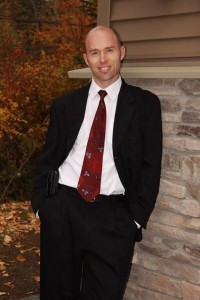 18486 John Kalhous, RRMC/CMR ’92, graduated high school in Port Alberni, BC, and inspired by the movie Top Gun, enrolled as a pilot and went on to spend two years at Royal Roads Military College. He finished his military college experience at College Militaire Royal de St-Jean after pursuing his BAdmin degree with a particular interest in real estate. Unfortunately, due to his deteriorating eyesight, he had to re-classify and chose the Personnel Admin trade where he was happy to ‘fly a desk’ for his 14 years in the Air Force.

Upon commissioning and graduation, John received his first posting to Cold Lake, Alta, at which time he had to look it up on a map of Canada to know where he was going! He recalls, “Quite a first posting for a 22 year old male, where the guy-girl ratio was like 7-1, and where there was still snow on the ground in May, and where it snowed again that August!” Building upon the studies and knowledge from his military college days, he ended up buying eight homes in four years and Canada’s largest Air Force Base turned out to be five amazing years of work experience, amazing friendships and wonderful involvement in sports and in the military community there!

Then came the posting message to NDHQ Ottawa where he joined the Public Affairs Section as their Admin O and enjoyed a high level of professional satisfaction in a very stressful yet extremely interesting working environment! It was there in Ottawa that he met his wife, 20695 Claudia Vachon, RMC ’95, on the soccer field while playing with the military soccer team! John’s Short Service Engagement ended and he very proudly had an opportunity to be Mr. Mom and loved the dedicated time with family! It was then thanks to Claudia that they were posted to Comox. Four kids later, all within five years, and they have made Comox their home in raising the family. John is now enjoying a very rewarding and very successful career in real estate as a Realtor with Royal Lepage.

John remembers a number of highlights from his time at military college. “Military college has left incredible, lasting memories of wonderful friendships, of team-building, leadership-training, and problem-solving. The college experience was invaluable to me. I was extremely shy growing up, especially in the school environment, and deathly afraid to speak up amongst others. Military college and all the incredible leadership training that ensued became life-changing for me. Not only did military college give me the confidence to lead others in the military environment, it also gave me the experience and knowledge to follow my dreams of working in real estate and the ability to take charge and look after all the needs of my clients.” 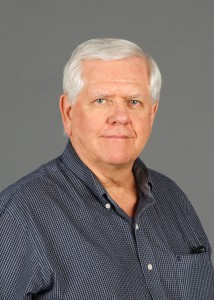 7707 John Wells graduated from the Royal Military College in Kingston, Ontario in 1968 with a Bachelor of Arts degree in Commerce. He then spent seven years in the Canadian military developing his management and leadership skills as a naval supply officer. In 1984, he received his master’s degree in Business Administration from Simon Fraser University.

John’s formal training in industrial ingredient blending was gained working with industry leader Griffith Laboratories in Toronto. John held a number of positions with Griffith over a six year period finalizing this portion of his career as Western Regional Sales manager (1978-1981) based in Vancouver where he still lives. He then worked for two years as Director of Operations with a Vancouver based manufacturer of deep fried vegetable appetizers. He founded Western Basic Ingredients in 1983 and developed it into a major western Canada ingredient manufacturer and bulk foods distributor. In 2000, with sales volume approaching $20,000,000 annually, this company was sold to other interests. In 2002, John established Pacific Blends. This growing company, operating under John’s leadership, has developed a strong presence in the food industry in western North America and the Pacific Rim. Its primary focus is the supply of specialty food ingredients to factory fishing vessels operating in such diverse places a the Bering Sea, the south Atlantic Ocean near the Antarctic circle, the North Atlantic and the Sea of Okhotsk. John focuses on strategic planning, corporate administration and international sales.

John is married with a blended family of 3 sons and one daughter, two grandchildren, and more on the way.