3092 Walter (Walt) Scott (Class of ’53) has been living in Florida for a number of years. Following a successful career in the RCAF, the former F-86 pilot mentioned on the phone recently that he has a fond spot in heart for Canada but those Canadian winters are just too much.

On that particular day, it was -23c in Kingston and close to +20c in St. Augustine, FL.; his place of residence for the past 13 years. Pretty tough to question his wisdom!

“Walt” was quite the athlete during his four years at RMC. So much so, that he was awarded the Tommy Smart Cup (Varsity best all-around male athlete) three out of his four years as an officer-cadet. He played hockey, football and competed as a runner in the 100; 220; 440 (yards). He excelled on the ice, track and the gridiron.

The Hamilton, ON native, obviously has many fine memories of playing sports but went out of his way talking about his very good friend, 3053 Don Green. “Don was a great football player; scored lots of TDs; kicked field goals and points after TDs.” He added with pride, “Don kicked them and I was his holder”.

When asked what happened during III Year when was not the TS winner, he jokingly replied – “Not sure but I believe I was on the injured list for most of the school year”.

A cute aside. It turns out that although Walt won the prestigious Cup three times, he was only given one “keeper”. A few years ago, his wife, Nancy, surprised him. She had two replicas made so now he has three. On the same phone call, she stated with pride, “…he won it three times, so he should have three different trophies.” Pretty hard to disagree.

Some may refer to it –  as righting a wrong.

After his time at RMC, he went off to Portage La Prairie; had flying tours at Chatham and 3 (F) Wing, Zweibrucken, Germany. He also spent over three years at Queen’s University as the Resident Staff Officer.

Following his career in the military he ended up in the USA mostly working and living out of Miami working in various roles in the airline business.

Since he and Nancy moved to St. Augustine – which is billed as the nation’s oldest city, Walt, has played a fair bit of golf. That was until a couple of shoulder operations sidelined him. “I’m sure the shoulder problems started back at RMC”. When asked if it was because of too much football & hockey: Without hesitation,“If I had to do it over again, I would”.

The soon-to-be 85 year old (27 Jan) expects to be back on the links as soon as a current session of shoulder physiotherapy is finished.

7000 Maj (Retired) David Haas had a feature article in the November-December edition of Muse, the bi-monthly magazine of the Canadian Museums Association.

The article is in both official languages. Bilingual comrades from RRMC Class of 1966 will be relieved to know that David did not do the translation into French.

Entitled Military Museums the article outlines various aspects of running such an institution including dealing with sensitive issues such as what to call events or what not to display, and the sometimes interesting history of individual artefacts such as a Mauser 7.65 pistol. Lots of photos give an idea of the wide range of objects which turn up in a military museum!

David has been with The Loyal Edmonton Regiment Military Museum since 1998, and took over responsibility for exhibits in 2000.

The Loyal Eddies museum has just become an accredited archive, thanks in large measure to the dogged persistence of fellow board member 5993 Maj (Retired) John Matthews in pursuing the requisite application to the Archives Association of Alberta.

Last December, when Bruno crossed the Honolulu Marathon finish line, he also crossed a big to-do off his bucket list: running a marathon in every Canadian province and U.S. state before his 50th birthday (he completed his challenge almost 5 years earlier than expected).

A project management specialist, Bruno is used to planning and executing projects, but this particular one was dear to him since it started in 2003 after he underwent surgery to remove a spinal cord tumor. 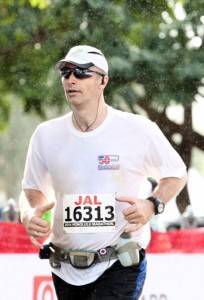 Throughout this challenge, his focus was on the journey rather than on the outcome and running became a lifestyle and travel became a hobby. The support of his family was of course essential and his wife France and his 3 kids (Jonathan, Cédrick and Audrey-Ann) have always been very supportive and have accompanied him on some of his trips, including the last leg of this challenge in Honolulu.

Bruno’s next challenge will be to run his 120th marathon at the 120th Boston Marathon in 2016. 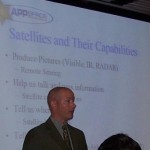 11484 Wayne A. Ellis  (Class of 1991) has over twenty years of Canadian military experience, including Air Defence tours in North Bay, NATO AWACS in Geilenkirchen, Germany, and the Canadian Forces School of Aerospace Studies (CFSAS). In 1998, he lead a team to research, plan, and build the Canadian Forces’ first museum dedicated to the Air Defence mission in North Bay. Recognizing a deficiency in currency training, Wayne A. Ellis established a focused training strategy for NATO surveillance controllers and operators in 2001.

Wayne A. Ellis completed both a BSc and MSc at the Royal Military College of Canada. In 1989, he was one of ten cadets to make the leap from engineering to the newly-established space science program, and he graduated top of the space science class in 1991. During this time, he toured Colorado Springs and the Cheyenne Mountain Complex, Falcon Air Force Base (now Shriever Air Force Base), the St Margaret’s Baker-Nunn telescope unit near Chatham, New Brunswick and visited the David Florida Lab in Ottawa. Also while in Ottawa, he spent some time at the Directorate of Air Requirements, and wrote a research paper – “Military Space Doctrine, Space Superiority, and Canada.”

In 2001, he was selected to undertake graduate studies in space operations at RMC – again, a brand new degree reflecting Canada’s increased focus on space and the subsequent requirement for a Canadian-based educational institution with a graduate-level space syllabus. During his graduate studies, Wayne A. Ellis took a number of 3rd and 4th year space science cadets on a tour of Colorado Springs, the Canadian Space Agency, and the Joint Space Support Project Team in Kingston. He also completed a major project “The Physical Constraints of Space Weapons.”

Upon graduation in 2003, he was posted to the CFSAS where he delivered and directed space applications courses for the Canadian military. He also directed the effort to establish the CF’s first Space Operations Course (SOC) designed to support those CF and DND individuals slated for space jobs around the world. He has designed, developed and delivered space educational content for audiences as diverse as grade school children to senior Government personnel, and has provided space expertise to multiple levels of the Canadian Military. In 2005, he conducted the first General and Senior Officers’ Space Seminar (GSOSS) at the Canadian Space Agency.

Wayne took his retirement in 2007 and established AppSpace Solutions, Inc., an aerospace and defence consultancy, as a means to increase the general awareness of the Canadian public, civil, military and commercial, of the importance of space systems and their applications.

A Word From Last Year’s Graduates!

Graduation Parade is drawing ever closer and a few ex-cadets have a few things to say about what they have been up to since graduation. The three questions these ex-cadets were asked are: 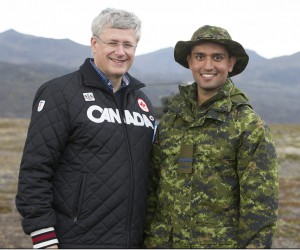 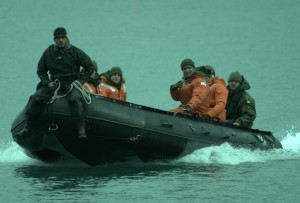 After graduation from RMC, I was posted to BFC Bagotville, the only fully French Airforce base in Canada. In Bagotville, I was part of the WITS (Wing Information Technology Servicies). There I was working as part of the projects cell. I got to opportunity to be deployed to Iqaluit, Nunavut twice.   For the first time as part of OP NANOOK, which is where we simulated a significant natural disaster in the North, and see how quickly and effectively the various Canadian organization (CF, Boarder control, Red Cross, local community organization etc.) react. I was responsable for a total of 56 people during this exercise (mostly privates, but 2 MWOs, and 3 Sgts).

For the second time I was sent to Iqaluit as the team lead for the maintenance mission. IT WAS AWESOME!!

The success that I have had in my young career, so far, is thanks to the qualities I developed when I was at RMC and with the comradery that exists between RMC grads.

To this year’s graduates: Thus, those graduating from RMC should be ready to be put in charge of people as they graduate, and most importantly treat those that they work with, with respect, dignity, and compassion. 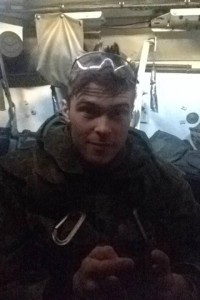 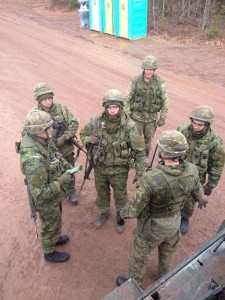 I spent the summer instructing DP 1 and DP 2 engineers and I am now on phase 4 combat eng. and just posted to 5RGC at Valcartier.

I regret nothing about my time at RMC. Despite the relatively large number of 4s and gaiters days I accumulated, the breadth of experiences that the college facilitated for me made it a wholly worthwhile experience.

To this year’s graduates: This is the last time that you will only have yourself to worry about. Take advantage of that while you can and dedicate some time to self-improvement. When you graduate, you are the person who is expected to know what’s going on, and you are all by yourself. Be fit, think critically and write things down.