A note from the Class of ’79: Our Operation Reconnect has helped prompt many great memories of days gone by. Recently, former members of 4 Sqn Kilo Flight, Mark Sellars (Rastus), Glenn Long (Stitch), and Tommy Keogh (How do your like your Meat …Raw!) reminisced about Exercise Papillion, the infamous BOTC escape and evasion exercise conducted on the Bruce Peninsula from the 12th to the 14th of July, 1976 and decided to share their adventure with the Class.

“It all began one late afternoon when the Drill Staff (DS) called all cadets to an unplanned muster. Sitting in rows in the training room anxiously waiting, we could only wonder who screwed up or what had happened.  Suddenly, the room went dark and an ominous voice from the back of the room yelled that we were now prisoners of war (POWs), recently captured, and behind enemy lines. We were told to immediately remove all clothing and change into the coveralls which were strewn on the floor.  We were then ordered onto the ‘yellow trucks’, to be transferred to a POW camp. There was to be no talking, no looking around, nothing!

When burlap bags were put on our heads, we quickly realized that this was going to be an evaluation task, although none of us was really certain what that was going to be.  As we traveled in the darkness, there were murmurings among our fellow POWS trying predict what could be coming next, and how we might deal with whatever that was. 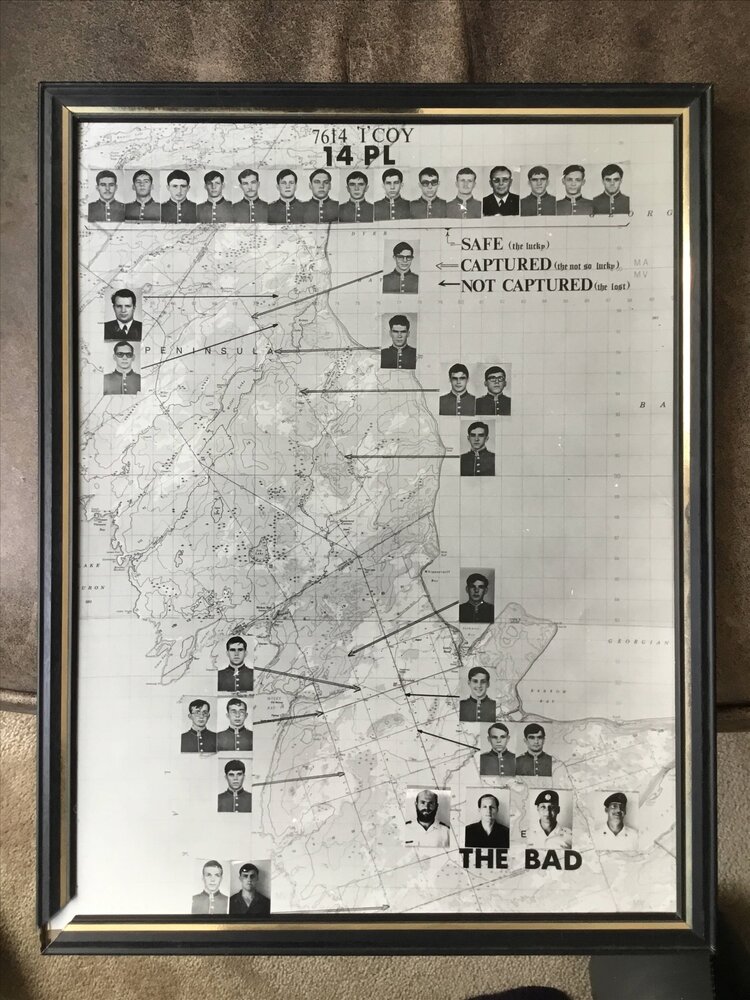 The photo map of the Lucky (made Safe Line); the Not So Lucky (Captured) and the Lost (Not Captured). This was the map for 14 Platoon “I” Coy, of which Tommy was a member. Mark and Glenn were members of 15 Platoon, but the two platoons were mixed up for the purpose of Ex Papillon.

The travel time seemed long, made all the worse given that our location and destination were completely unknown.  Suddenly, the vehicles stopped.  We were ordered off the trucks and herded into a field along the side of the road.  We were told that we had just hit a landmine and our vehicle had been destroyed, but that we were lucky enough to have survived. The bags came off.  During the chaotic but intentionally-created confusion, we were handed a compass and map and told we had to get back to friendly territory somewhere to the north.  We quickly learned that we would have to travel on foot and needed to avoid capture and interrogation by enemy forces. Little did we know that many eyes would be upon us, including local citizens acting as informants as well as police and “enemy” members from our BOTC staff.  With Lake Huron and Georgian Bay waters on either side of the peninsula, we had limited terrain for evasion and our would-be captors knew it.

Rastus, Stitch, & myself quickly formed ourselves into what we decided would be known as the “Tango Trio” and moved out.  Although our maps were difficult to read during the night, we estimated the safe line to be about 20 or so miles to the north, depending on what route we took.  We chose to take advantage of the darkness that was now upon us, and travelled swiftly – through farmer’s fields and over fences, all the while staying off the roads.

At sunrise, we found a hidden cottage, and since we had made good progress during the night and early morning, we decided to use that dwelling for some rest. Later we learned that the DS had cautioned us against entering unoccupied local citizen premises… understandably, we claimed total innocence (lol…but hey, isn’t all fair in love and war!).

Once rested, we were on our way again, still sticking to the fields and tree lines. After dark, as we climbed over yet another fence into yet another field, we heard a muffled sound that seemed to be getting louder and louder … a kind of thump-thump-thump.  We looked at each other with puzzled expressions and then as we turned around, we could just make out something in the distance that was big … REALLY BIG … and getting closer and closer. After a panicked and quick glance at each other, we decided to get the hell out of there…yup, a real-life version of “it’s not important to be the fastest, just don’t be the slowest.”  We were soon in a full sprint, stumbling through the uneven field. We leapt over the next fence without even breaking stride, just ahead of this gigantic … BULL!  We looked up at this massive creature breathing down on us only a few feet away — but, luckily, still on the other side of the fence.

Laughing and tired, we moved out again, and headed down a narrow, seldom-used road along a tree line.  We were still a little shaken by this close call, especially given that the only advance warning the DS had given us was about snakes!  Then, and without warning, a not-so-friendly farm dog abruptly greeted us with huge teeth and a decidedly pissed-off attitude. As luck again would have it, I had found and kept a well-preserved deer antler the previous night, so as the dog sprang on me, I grabbed the antler and managed to successfully “convince” the dog that taking a bite out of one of us would not be in its best interests.

Finally, albeit with very sore feet, a lot of good luck, and an appropriate amount of adapting, improvising, and overcoming situations, the Tango Trio made it successfully past the safe line! To say we were relieved would be a huge understatement, but there was also incredible satisfaction that we had not only succeeded, but also literally survived!” 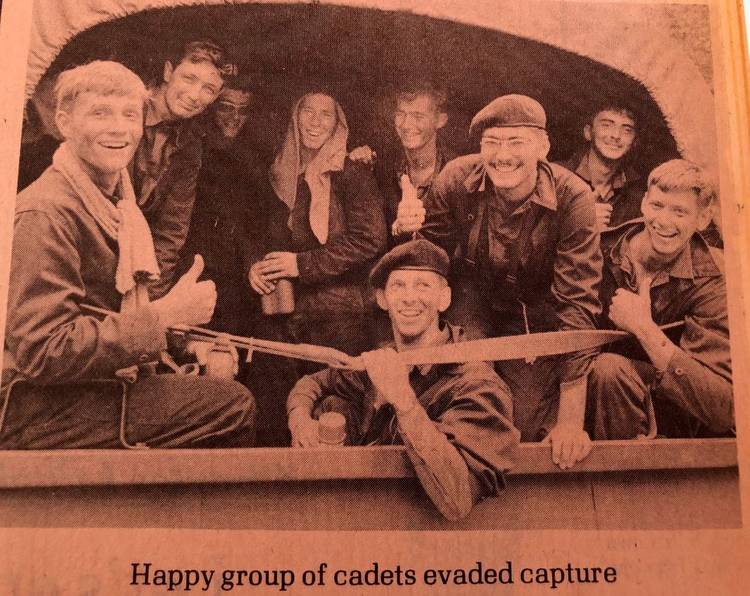 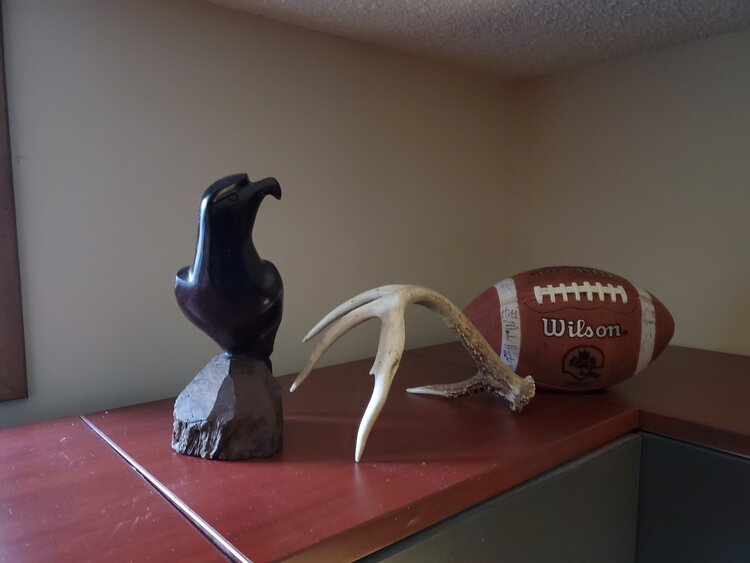 The deer antler Tom keeps to this very day, proudly displayed on his desk.