Cadet, player, coach and professor: Paul Amyotte did it all at RMC 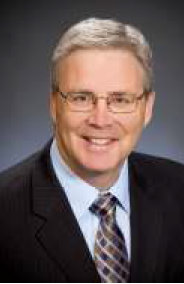 It was more by chance than by design that 10903 Paul Amyotte found himself at Royal Military College.

The first time arose after Amyotte had finished his senior football season at Dartmouth High School in Nova Scotia. “Most of our coaches were military guys,” he recalled on the telephone from Dalhousie University, where he is a professor of chemical engineering.

“Back in the day the Forces had some good football, the Shearwater Bombers, I think they were called. Those guys were all ex-football players and in the military.”

As such, one of Amyotte’s high school coaches was friends with one of the coaches at RMC, and it just so happened the Redmen’s coach happened to be visiting when the team was having a social gathering. “A few of us were talking to him,” Amyotte said, “and I guess I got enamored of the prospect of going to RMC and playing some sports.

“I don’t think anyone slipped anything in what I might have been drinking that night,” he chuckled, “but the next thing I know I’m at the recruiting centre and I’m signing up. Then I’m on a service flight up to Trenton with the other people from Nova Scotia. We met the fourth-year cadet who escorted us to the bus and away we went.”

Four years later, Amyotte deferred his tour in the Forces, taking leave without pay to do his Masters at Queen’s University. “I was still a lieutenant in the Forces,” he said, “but I got to grow my hair.” Two years later he came back to fulfill his military commitment and he was sent to serve with the navy on the west coast.

Amyotte recalled he had a sympathetic squadron commander with whom he discussed his options, and it turned out one of them was a teaching position at RMC. “They wanted some people in uniform in the classroom and you had to have a Master’s degree, so after a year in the navy I found myself back at RMC, teaching.

“It was a blast. It got me hooked on teaching in a university.”

In the classrooms of RMC is where Amyotte finished his commitment to the Armed Forces. “You might say I led a bit of a charmed life,” he said. “I’ve had very good people teaching me and watching over my career, so I do truly feel blessed. I don’t often use that word but in that regard, yeah, I was blessed.”

During that second stint at the college, Amyotte also coached football. He was the head coach when the decision was made to cancel the program.

“For a long time I blamed myself, (wondered) what did I fail to do?” he said. “I’m way past that now but every now and then, I’ll kind of think, ‘Aw geez.’ Playing and coaching was a great experience. I choose to remember that, and not the down side.”

Amyotte arrived in first year as a fullback, but “I was No. 7 on the depth chart at running back,” behind such people as Bob Szpak, Ian Tulloch and Glenn Tremblay. “The coach said, ‘You want to play defence?’ I thought, ‘I just want to play.’”

Amyotte played a year at safety—“ I didn’t know what the hell I was doing”—a year at corner linebacker and his last two years as a middle linebacker.

“We did our best,” Amyotte said. “I honestly don’t remember as a player how many winning seasons that we had. We might not have had any, but we always gave our best on the field. We had great coaches: Bob Swan, Doug Smith and some others. They always took care of us; made sure we were prepared. I loved playing football with the guys. It was a lot of fun.”

Though Amyotte spoke of no specific memories of the football field, he did recall a teammate, Ed Loziuk. “I have a lot of good memories with Ed, digging in on the line playing beside him,” he recalled. “Eddie was one of those super nice, tough-as-nails guys.

Amyotte recalled that in his second and fourth years, the Redmen flew to Vancouver for an exhibition game with the University of British Columbia. “We kind of got our asses kicked,” he said.

“I remember in fourth year, after the game, sitting in the locker room afterwards. Everyone’s feeling pretty bad,” Amyotte said. “We got blown out and I’m just sitting there, beat up, and I looked over at Ed, and he’s just sitting there, too. He’s bruised and battered and scarred and Ed looked at me and he goes, ‘You know, that offensive tackle across from me? He just ate me for breakfast,’ and I’m thinking, ‘Here’s probably the best player on our team,’ … and I didn’t feel so bad. I thought, ‘Well if Ed got the crap kicked out of him, I guess I better not complain.’”

That brought to mind the words of a teammate, Cole Tokei. “Coleman used to call it the annual game for charity.”

Amyotte coached at Queen’s while he studied there, and he was an assistant under John Power when the Redmen won the national small college championship in 1979 at Lennoxville, Que. “From a non-playing perspective, that was my absolute best experience,” he said. “That was a great team, very talented.”

Amyotte called his time at RMC as “some of the best years of my life.”

“When you’re standing out on the parade square at 6:30, 7 o’clock on a Thursday morning for Director of Cadets parades, you’re kind of going, ‘I don’t know too many of my friends at civilian universities who are doing this; why the hell am I doing it?’ Then you look around and your buddies are there. People talk about this bond that forms. That was definitely it.”

Calling it a different university, Amyotte said he came to appreciate the rigors of the military, academic and athletic components. Eventually, he became deputy cadet wing commander. “I wouldn’t have considered myself the most likely of military people but I enjoyed the challenges and the leadership opportunities from the military side.”

When he left RMC for the second time, it was with the ambition to become a university professor and he knew that to do that, he needed a PhD. He returned to Halifax and enrolled at the Technical University of Nova Scotia. He’s been on faculty since 1986, first with TUNS and, after the school merged with Dalhousie in 1997, at Dal, where he teaches, conducts research, does some administrative work within the university and practises engineering, through working with consultants.

“Being a university professor to me is the greatest job in the world. It’s a position of privilege. You have all these opportunities but with privilege comes accountability. Maybe that comes from RMC. It sounds a bit hokey to say it, that RMC taught me responsibility and accountability, but it was probably a factor, and my parents were a big factor in that as well, so I do feel as a professor I have an obligation to do what I can in each of these areas.

“I was blessed with absolutely fantastic professors. Bob Jones, Ron Mann, Ron Weir … these were people who I modeled my academic career after.”

Amyotte and his wife, Peggy, have four children: Jonathan, who was born in Kingston, and Matthew, Sarah and Lauren, who were all born in Halifax. Jonathan is a computer scientist, Matthew an actor and musician, Sarah a political scientist and Lauren is studying sociology.

“A computer scientist and three arts majors,” Amyotte said. “I’ll tell you, it’s always made life interesting. They’re fun and it’s great to have them all in the area, too.”

For much of his career Amyotte has been involved in the regulatory side of the profession. Last spring, he was elected president of Engineers Canada, an organization ultimately responsible for such things as harmonizing regulations across provincial societies, promoting the profession and accrediting undergraduate programs.

“It probably doesn’t sound like a lot of fun, but I find it is,” Amyote said. “It’s challenging and rewarding and you get to meet some great people.

“For me, it’s the culmination of 20 years of volunteer service. It’s very enjoyable … it’s one of those things, if you didn’t like it, you wouldn’t keep doing it.”