Skip to content
11 May 2014 / Archive, Claude Scilley in conversation

Wise Dad Set Him Up for Success! It comes with a story.

Ashcroft, a two-time Olympian who graduated from Royal Military College in 1987, was working with a British Columbia company called Cascade Aerospace when, two years ago, the wounded warrior support group known as Battle Back, the U.K. equivalent of Soldier On, brought 10 soldiers to Whistler for some winter sporting activities to help with their rehabilitation.

They invited Canadians to participate as well and that led the Canadian paralympic organization to solicit sponsors, one of which was Cascade Aerospace.

“I was invited to go up as the company rep,” Ashcroft said. “I hadn’t told them I was a former Olympian. I was the Cascade guy, but the coach of the British team came up to me and said, ‘Hey, I heard you used to be an Olympic shooter.’”

The activity of the day was biathlon, which combines cross-country skiing with rifle marksmanship. One of the British soldiers had a head injury and wasn’t allowed to touch a firearm, so the British coach asked Ashcroft if he could shoot for the man.

“It’s not as though this was highly competitive,” Ashcroft said. “Most of these British guys had never seen snow before, so they can’t ski.

“It was a very eye-opening and earth-shattering experience,” Ashcroft deadpanned, “to realize how old I had gotten.”

A shooting career that landed Ashcroft on the national team for 11 years and saw him participate in two Olympics, two Commonwealth Games and a Pan Am Games began modestly enough in Hamilton.

“My father wanted me to go to RMC, because he realized there was a financial benefit to him,” so Ashcroft explored ways to enhance his chances of getting in. In addition to the academic, leadership and athletic elements of admission, he discovered that having a military background was helpful.

“So I joined the cadets,” he said. “In cadets they had a shooting team. I did OK on the shooting team so they took me to a competition. I did OK there, so it kind of built up.”

Already a competent marksman — Ashcroft had already been to England as a member of the cadet team by the time he landed in Kingston — he says RMC was the catalyst that allowed him to get to the next level. “We had compulsory sports, two hours a day,” he recalled, “and I had no problem happily doing that.

“RMC was very good because … they let me go (to competitions) as long as my marks (didn’t suffer).”

In his second year, for example, Ashcroft missed the month of September while he was in East Germany, competing. “There was no Internet back and forth, staying in touch with profs,” he said. “I was behind the wall.” Later that year he missed the normal exam week because he was back in Europe for three World Cup events.

“They let me come back and write my exams by myself. I got to do nine exams in five days.”

Such cooperation, Ashcroft said, continued through his first few postings after graduation.

“My first job in Ottawa, I was working in the project office but as a young lieutenant, you have nobody who works for you. I had certain areas I was responsible for, and as long as they were done I was good to go. So I made sure I worked hard for the two weeks I was around then took a week away and went somewhere (to compete) and then I came back for two weeks.

“They were happy with my performance and so it was mutually beneficial. The military was very good to me.”

Ashcroft was eighth at the Olympics in Seoul, and 15th in 1992 in Barcelona. He won a gold medal at the Commonwealth Games in Edinburgh while still a cadet at the college and in 1990 in New Zealand he won a silver medal. In between were a host of World Cup events and national championships. He stopped competing in 1994.

“My eyes were starting to go, so it was difficult to compete. Even with a prescription it becomes a bit of a challenge,” he said. “I trained a lot and it was time to move on to something else. The career manager in the military was saying, ‘You know, when you were at RMC you were just responsible for your own marks, it wasn’t an issue … but as a leader in the Air Force, you have to look after your subordinates and if you’re away all the time, it ain’t gonna work.’ So as the potential as advancement (presented itself), it was time to think about not being selfish and just looking after myself.”

Ashcroft dipped his toe in the coaching waters in 1992, with the Canadian team for CISM, the World Military Games.

“Canada had never had a shooting team,” Ashcroft said. “They thought, ‘Well … we’ll go to the Army and get the best shooters from the Army’ and then somebody said, ‘I think there’s this Air Force guy as well,’ so they invited us to a bit of a training camp.

“The Army guys showed up in their combats and wanted to take their C7 assault rifles and try and shoot things, but their idea is you shoot lots of bullets and you’ll probably hit something, as opposed to I came there with the ability to be quite precise. It became obvious that the type of shooting at CISM is very similar to the Olympics, just a slightly larger calibre.”

He coached the team until 1996, “then just slowly meandered off and looked after my career and other things,” he said, calling his departure from the sport “just the natural progression of life.”

Born in Leeds, England, Ashcroft’s family moved to Hamilton when he was five years old. He came to RMC to study computer engineering, after which he became an aerospace engineer, bouncing around between Comox and Ottawa, working on mostly search-and-rescue type aircraft, such as the Buffalo and the Labrador. He was involved in the purchase of the Cormorant helicopter and after spending five years with NORAD in Colorado Springs, Ashcroft moved back to Ottawa and went into the directorate of space program development, from where he was released as a Lieutenant-Colonel. 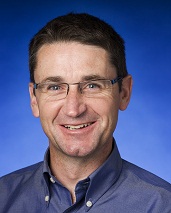 Ashcroft now works for Cascade Aerospace in Abbotsford, B.C., a company that maintains commercial, military and firefighting aircraft that thrived when the Canadian dollar languished at 66 cents U.S. but found itself with an unsustainable business model when the dollar approached par. That’s when Cascade won the contract to look after Canadian military Hercules. “Everything,” Ashcroft said, “maintenance, stock their shelves, do the engineering — the full logistical support.”

Ashcroft was still in the Forces until 2010, when Cascade came calling.

“They had all these people who knew how to do maintenance but they had nobody who knew how to understand the military,” he said. “They needed somebody who understood acronyms and could talk to the way the military operates the aircraft, so they hired a couple of guys like me.” He’s now the director of the company’s supply chain.

Ashcroft met his wife on the shooting team, travelling around the world together. They married in 1987. Christina Ashcroft competed in three Olympics and she won five medals at Commonwealth Games. “She’s a more decorated athlete than me, I have to admit that to you,” he said. Since she retired from active competing, she’s been an administrator with the team, responsible for athletes’ clothing. The past Olympics in Sochi was the first Olympic, Pan Am or Commonwealth Games she hasn’t attended since her retirement as part of the mission team.

Ashcroft says he didn’t shoot because he liked rifles. “I liked excelling in sport.” He was also a cyclist as a youth, and played hockey. “If it had been any one of those other sports that I continued to do well in, I probably would have followed that.

“It wasn’t a love of firearms,” that drove him, he said. “It was a love of competing.”