The first instalment of a periodic feature, being a series of excerpts from the diary kept by 15566 Helga D. Rausch, RMC 1982-86. Member of Brant and Wolfe Squadrons. Honours English and Philosophy, Varsity Fencer

(Edited to protect the guilty…) 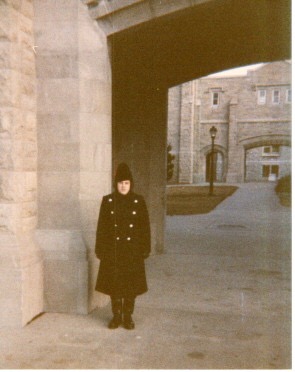 Notice I didn’t make the usual goof and put 1982. This is supposedly my RMC journal, record of my scandalous days of youth. Considering the fact that I got this book for Christmas, I have to do some backtracking for the first semester. I can promise to write regularly; however, knowing my superior organizational ability and sense of the fitness of things, I’ll be lucky if the odd scrap from a noteworthy event sneaks in. At this rate, the book will certainly last four years. In summary then:

“WHAT?! IT’S DAY-BRISAY, NOT DES-BRISAY! TWO CIRCLES! WRITE YOURSELF UP, RECRUIT RAUSCH.”

Join me next time for another peek at my RMC Diary: first exam routine, love among the (academic) ruins, Christmas Ball and more. 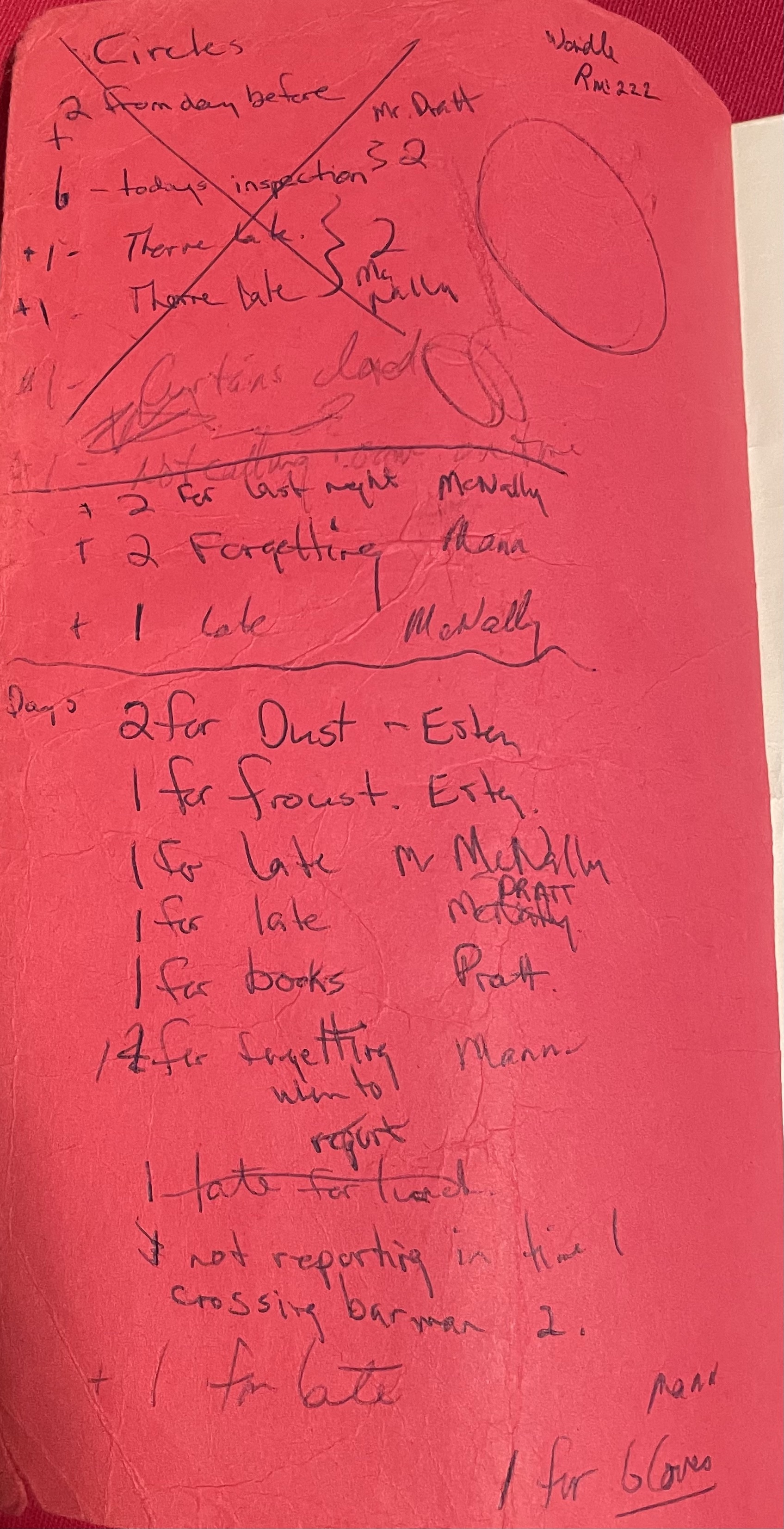 “My circles record: The page where I attempted to keep track of my circles until they became too numerous; at which point I, like so many other Circle Queens and Kings, just showed up every night and ran the track until they told me to stop.”