Through Adversity… To Drinking Champagne! 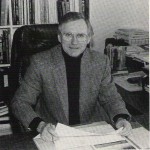 The 1983 game was a classic. Dr. Wayne Kirk’s strategy was completely different for this game than the one the year before. RMC played a game of deceit the previous year in Kingston. The ’82 friday practise was a casual one with players wearing a mixture of different type jerseys, low intensity practise and no real structure to the drills. It was being scouted by Army coach, Jack Riley, and his staff. RMC won 4- 3 led by the hat trick of 13621 John Forrington.

The following year though, RMC “marched in” to West Point with an aura of confidence looking like a team that “expected” to win. Redmen had the shiny new cooperalls (long pants) etc. The practise was well organized and high tempo. Coach Kirk even brought a case of champagne into Smith Rink before the game, for the anticipated post game celebrations, ensuring Coach Jack Riley and his staff saw it as it was brought in to the dressing room! (The RMC players were not aware of the presence of the champagne until after the game)

Army out shot the Redmen in the game 50-17 but the game did not appear to be that one-sided. Of course, Andy Scott had to be brilliant in the nets. Most RMC fans that were in attendance had little or no finger-nails left when the game was over.

RMC got out of the first stanza with a 1-0 lead courtesy of a goal by 15016 Bruce Picard late in the period. The intermission was about 25 minutes long because in those days the bands from both institutions had “their” time to perform for the fans and dignitaries. The long intermission drove players from both teams’ nuts.

Army got two back by the middle of the second period. RMC’s UTPM Officer Cadet Don Thomas was sent off for a five minute fighting major – the West Point player got nothing. While the referee was sorting out the penalty, Andy Scott was at his bench getting water and as he skated past the WP bench, in a very uncharacteristic move for him, he stopped and yelled at Coach Jack Riley words to the effect, that it didn’t matter how many penalties his stooley (referee) gave the Redmen, RMC were going to win the game. The score was 2-1 for the home team at the time. 14462 Brent Lamb tied the game late in the second, he appeared to kick the puck in but the referee missed it.

The third period was all Army. They out-shot RMC 13-1 but the one shot counted. 15527 Phil Kachenowski scored on a 2 on 1, on a NHL style pass from 15565 Gord Plue tipping it into the top of the net at about the 14:00 minute mark. The Andy Scott legend was born in these last six minutes. Redmen played short-handed for most of the final frame. The win was the first for RMC since 1959 and the last by RMC at Smith Rink.

I bet there isn’t a player from that 1983 team who doesn’t remember how nice that champagne tasted.