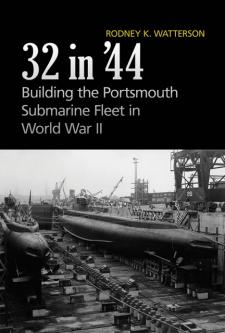 My name is Stan Davis, and my great-grandfather was one of the “Old Eighteen.” I’ve been in contact recently with Dr. Rodney K. Watterson concerning a book he has authored called 32 in ’44: Building the Portsmouth Submarine Fleet in World War II. Published by the U.S. Naval Institute Press, Rod’s

book is just out this month and available through Amazon and from the USNI web site http://www.usni.org/store/books/history/32-44, at least (if not yet in military bookstores).

One of the major characters described in the story is my paternal grandfather, CAPT Henry F. D. Davis U.S. Navy, an engineering duty officer who was the Portsmouth (NH) Naval Shipyard’s Industrial Manager from 1940 through 1944.

The book’s title comes from the fact that in his final year there, Portsmouth LAUNCHED 32 submarines, a record of high quality production that has never been equaled. Indeed, this shipyard accounted for a third of all U.S. submarines built during WWII. As it happens, CAPT Davis was, in fact, the oldest child of “Old Eighteen” Cadet Number 8 Frederick Davis.

One great engineer begets another!

Even from the professional standpoint, prospective military officers should find this work interesting. It says a lot about how procurement of exceptionally high quality military hardware was executed during the world’s greatest conflict to date. The book points out that innovation and attention to detail, a hallmark of CAPT Davis’ career, was key to exceptionally high performance in a massive government -managed operation, which out-performed private shipyards.

I believe that many of the traits, which made my grandfather the outstanding engineer and manager that he was, were passed on in his formative years from his father, and that these include values, interests and skills acquired in training at the RMC.

Below and attached is another artifact of interest I happen to have handy, an image of my great grandfather Frederick Davis C.E. surveying routes for the CPR in wilderness out ahead of mainline construction in the 1880s. I understand that he was principally involved in bridge/trestle siting, design and construction. 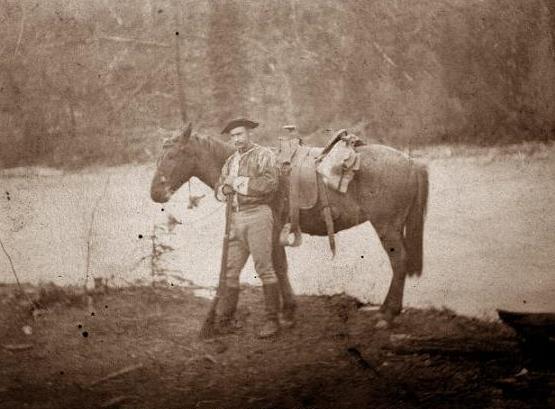 Having recently retired COMPLETELY from several careers, I am just now finding time to delve into family papers and other paraphernalia, follow up on items of interest etc. I hope one day to visit Kingston and tour the fabled RMC, stories of which I heard (albit second hand) from my grandfather. At another house back in Virginia, I have a sword reputed to be that of Frederick Davis. Perhaps this is something I should return to the RMC at some point.

P.S. Incidently, I am, myself, a retired naval officer (among other things) and, like your commandant, a graduate of the Naval War College in Newport.