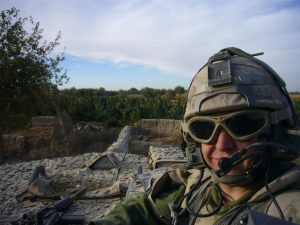 From Boot Camp to Battle Field

COMBAT SCHOOL follows – for the first time ever – Canadian infantry soldiers as they undergo the most technologically-advanced, intense and realistic combat training in military history. Premiering Tuesday, March 10 at 10 p.m. ET/PT on Discovery Channel, this six-part, one-hour Canadian documentary series goes directly to the heart of modern warfare by following a platoon of 40 men and women from the time they commence their training until they are declared battle-ready and deployed. Granted unprecedented access by the Canadian military and combat trainers, cameras are then embedded with the platoon in the war fields of Afghanistan where viewers witness how the soldiers’ skills are put to the ultimate test when they encounter insurgents for the first time.

Be part of the varsity recruiting team…;

RMC Fencers “Movin’ On Up”;

CMC Athletic Dep’t – Faces & Voices from the past;