The Senior Staff Mess was the site last Thursday, 28 April for the Kingston Branch Formal Dinner.  Well over 100 people attended.

A special treat was the great turnout from members of the Class of 1969 (see the photo directly below in front of the bar) most of whom traveled from out of town to attend including places like: California; Ottawa; Toronto; and British Columbia.  The drawing attraction for the ’69 ers was to meet up with The Major, Danny McLeod and their old football coach, Doug Hargreaves.

A fine meal was served.

A number of the traditional Mess Dinner type toasts were all eloquently made by distinguished members.

One in particular – “To Fallen Comrades” – made by the soon to be retired Executive Director of the RMC Club, Peter Dawe stood out from the rest.

The Dining area had a separate table place setting in honour of the fallen; Peter gave an explanatory description of this place setting and concluded with a short sequence of words that were poignant and meaningful. The toast itself and the message were not lost on anyone in the crowd.

Reg ensured that the program ran smoothly. He stayed on schedule and introduced the Head Table and other important people from his Club Executive. All were introduced in a complimentary, professional manner including the out of town guests.

It was obvious to us all in attendance that his preparation, friendly manner and his ability to adjust to/ad lib a few times ensured a successful event.

Those present were entertained by some great speakers who all kept it short but interesting; including the Cadet Wing Commander,  Andrew Chong, Commandant, Commodore  Bill Truelove; Special guest speaker – The Right Reverend George L.R. Bruce.

Ed Murray, took the microphone near the end of the evening and informed everyone that Craig & Marlene Moffatt were celebrating their 55th wedding anniversary which generated a large spontaneous applause from those in attendance.

All in all a fine time was had by all. 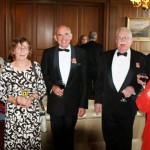 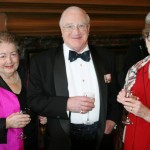 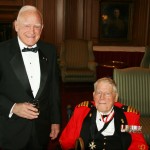 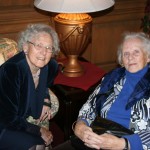 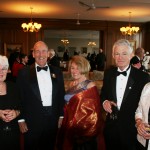 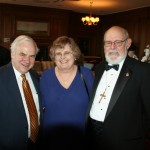 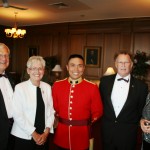 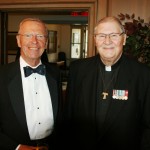 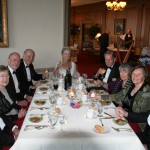 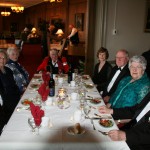 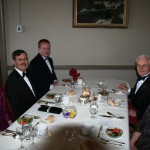 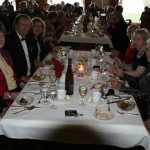 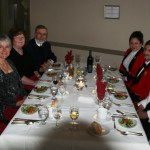 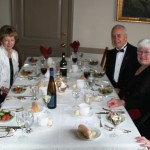 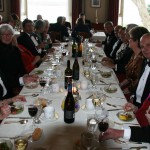 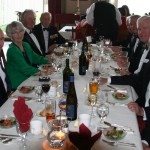 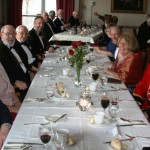 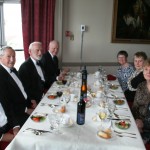 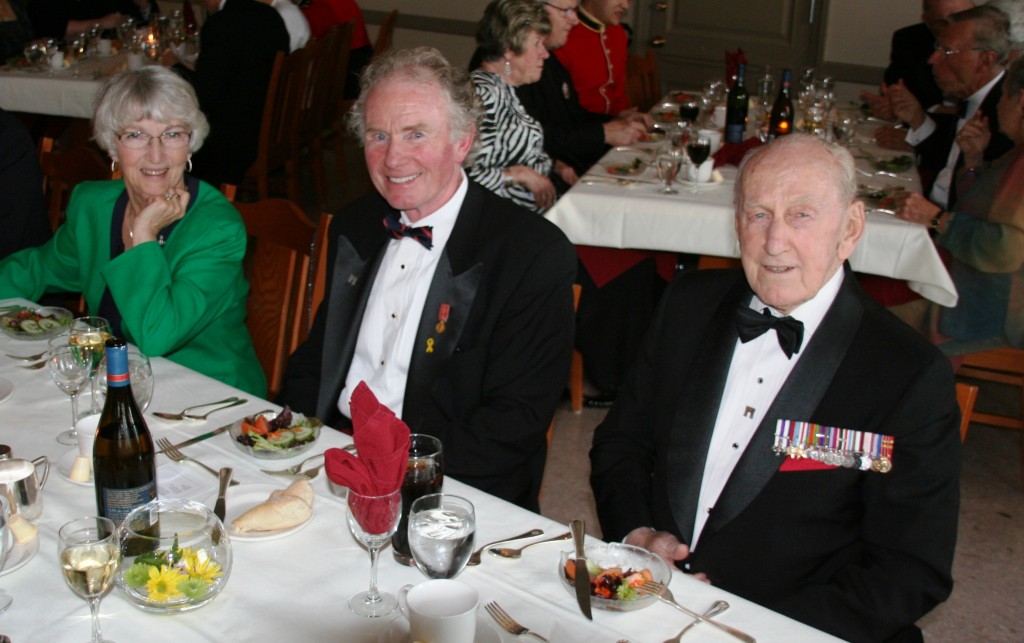 Caption Bottom photo: Sheila McLeod sitting with Toronto Branch President, Michael Gainer and her husband Danny McLeod. Sheila was presented with a Commandant’s coin by Commodore Truelove following his short speech.  The Commandant summarized the enormous contributions that both Danny & Sheila have performed on behalf of the college and the Club for many years.

More on the Formal Dinner from the Kingston Branch