Oldest member of the Chasse-Galerie ready for adventure 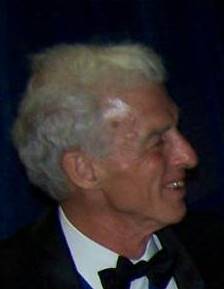 As the oldest member of the Chasse-Galerie adventure, Colonel (ret’d) Mike Jackson is enthusiastic about joining his former classmate, General (ret’d) John de Chastelain in paddling the war canoe from Ottawa to Kingston in time for ex-cadet weekend in September.

When Jackson asked de Chastelain why he was picked, the reason was simple: “We’re the oldest, and since you’re still playing hockey, you’re probably the only one fit left in our entire class,” Jackson explained in a recent interview.

Because de Chastelain will be piping, Jackson was told he will have to paddle for the both of them. “I think he might be pulling my leg, but we’ll be in the back of the canoe, so at least I’ll be able to see if everyone is paddling hard enough,” he laughed.

All 15 paddlers are attempting to raise $2,000 each by the end of September, to help buy sports equipment for RMC.

When Jackson graduated at the top of his class from high school in Parry Sound, On, he didn’t think he would go to university because he didn’t have any money.

“Put it this way,” he said. “I grew up with a wood stove, a log furnace, and an outhouse, with parents who had a grade 8 education. They were so supportive though; they pushed me to get my education.” 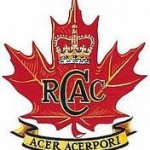 Jackson participated in the Army Cadets through high school, and his science teacher was a Captain in the Cadets. It was this teacher that suggested Jackson apply to RMC.

“My whole life would have been changed if that high school teacher hadn’t heard me say I wouldn’t be going anywhere after graduation.”

As it was, Jackson was accepted to RMC, and he went straight from his mother “right to this austere system.” On the first day he arrived, someone was interviewing all the cadets, and asking them why they had come to RMC. When it was Jackson’s turn, he said that he’d come here for three reasons: “To have a roof over my head, three meals a day, and a free education. He told me that I was the first honest cadet he’d interviewed.”

130 cadets began the school year with Jackson, but only 30 graduated in four years. It was indeed an austere system, and according the Jackson, they would put pressure on the cadets to try and make them fail.

“And the charges would fly. Between circles and charges, they kept you busy. I had 27 charges in my first year – the highest of anybody that passed,” he said.

As a junior cadet, Jackson was called into the Cadet Squadron Commander’s office, where he was asked to represent the Frigate in the upcoming Harrier Race.

“The first thing I thought was that I was in trouble, but he said right off that I wasn’t on charge, which was good. He said that he noticed I was doing a lot of circles lately. It was true; we used to run them every night, winter or summer. So basically, I had been charged so many times, and been given so many circles, that they now wanted me to run a race. I had to volunteer, but of course I knew things could get worse for me if I declined,” he said with a laugh.

Even though Jackson came to appreciate the discipline the military system had to offer, he didn’t let that stand in the way of having a little fun along the way. When he was in his first year, the second years marched the first years to lunch every day from the Frigate to give them practice marching and calling commands.

“There was one cadet, a little guy named Bill Scott, who took us out. We had to go around the parade square once before we were allowed to eat. Bill Scott always called a right turn instead of a left turn as we came past the flag pole towards the Frigate. I talked with the other first years, and I said we should turn right and end up in the sports field. I was the marker closest to the sports field, and when he called a right turn, not a left turn, I made a smart right turn and headed straight for the sports field. Everyone knew, so our row turned that way, the middle row saw the front rank chicken out and turn towards the Frigate, so they didn’t know which way to go. It was total chaos. But guess who saw it: RSM Coggins. He took us out for a drill practice after work. We regretted it after running around with our arms in the air for 40 minutes. I couldn’t lift my arms up after that. It was so funny. We learned our lesson though; RSM Coggins knew how to give out appropriate punishment.”

RSM Coggins was a fairly short man, but fit. He had been in the Second World War, and Jackson’s class made him an honourary member of his class.

“He was an outstanding fellow, and we gave him a brace of pistols as a gift.”

Jackson graduated from the Royal Military College in 1960 with a Bachelor of Applied Science.

After graduation, Jackson went to the University of Toronto for his Engineering degree.

“When I got my degree, six companies wanted to hire me. I told them I couldn’t because I was in the military, but that just shows how desperate they were for Engineers at that time,” he said.

Jackson played hockey growing up, as well as at RMC, and he continued to play for various teams throughout his career. Not only that, but he still plays today.

“I played 81 games last winter; that’s almost as much as the Frontenacs,” he laughed.

He played with the Black Watch, and won the Military National playoffs with that team. There were 41 Black Watch officers, and only two officers on the hockey team. As the Commanding Officer for the Signal Regiment in Kingston, he was also the only CO to play on the Regimental hockey team.

“And I made it on skill, not because they said they’d better let the CO on the team,” he said proudly. When Jackson was 66 years old, he, along with other ex-cadets like Colonel (ret’d) Jimmy Calvin and Colonel (ret’d) Peter Dawe, was called upon to play an Historic Hockey series against Queen’s and Petawawa.

“RMC wasn’t allowed to play in this annual series on the pond because the it was to be played without helmets. Dawe, Calvin and I were the three colonels on the team, but there were a group of ex-cadets that had graduated a few  years before, so they were still in fairly good shape,” he said. “Because I could always skate fast, I played where I normally play, on Right Wing, and we beat the Queen’s students 1-0.”

Jackson spent a lot of time playing hockey, but he acknowledged that he had to fit paperwork in there sometimes. As a Signals Officer, he was CO of the Regiment, as well as CO of the Signal unit in the Middle East.

“I was there when it was more peace-making, although they called it peace-keeping.”

He was also a Colonel in the Central Army Group, or CENTAG. He was in charge of two complete Signal Regiments. There were 900 people per Regiment, and “it was a lot of coordination to put 1,800 people in the field on those big exercises,” he said. “My Commanding Officer jobs were good – all of them, it didn’t matter what it was. I was the Deputy Commanding Officer at CFB Kingston too, which was a difficult time for me. My wife died of leukemia, and I was looking after my youngest son at the time. In that position, I could sign $50,000 for a bus engine, but I couldn’t cook at all. I call it having the ‘Three M’s:’ I went from my mother, to the mess hall at RMC, to marriage. And I didn’t have to cook for any of them.”

Jackson got his jump wings, and completed about 45 jumps in all. As a Signals Officer, he didn’t have as many opportunities to jump, but he was happy to complete that challenge.

“You had to go there physically fit, and do 10 chin-ups maybe five times a day. It’s because all of your work in the jumping is in your arms. They didn’t have a Padre in the Airborne Regiment, but there was a Padre on the jump course, and he was my roommate. On our second jump, I ended up second on the stick, meaning we’ve got people going out the side door on both sides,” he explained. “I was number two, and he got buggered with number one. I looked down and turned to him, and his eyes were bugging right out of his head. He was petrified, he told me later, and I don’t blame him. Before the jump, I asked him if he had the faith now. He said he thought he did. There’s nothing to it after you’ve done that, but it’s a confidence thing. It’s not natural to leap out of a serviceable aircraft, especially when you’re new at it.”

Jackson stopped jumping after his wife passed away so that he could look after his family. It was a difficult time, but he continued being active and involved. In fact, he met his second wife singing in the choir. They have been married for 20 years, and they still sing in the choir together.

“We have seven children between us, and they all get along. We’ve also got eight grandchildren so far.”

Jackson was proud to be in the Forces. It’s “been a good life, and I wouldn’t trade it for anything. It was a bit of a surprise though, because when you’re getting the hell beaten out of you at RMC, you wonder what you’ve gotten yourself into. If you’d asked me half-way through first year, I probably wouldn’t have known if I would pass first year. I could get the marks, but there was no time to study. Out of everything I’ve done, probably my proudest moment was graduating. Especially with the 100 that didn’t, it sort of emphasized how hard we had worked,” he said.

Jackson’s class celebrated their 50th reunion last year, and he is the chair for the next reunion in 2015.

“I can still get into my RMC cadet uniform, and I’m probably the only one who can!” he said. “The friends you make there, you have for life; there is no doubt. You won’t get better people. If you really know what you’re doing, and treat them right, they’ll back you to the hilt.”