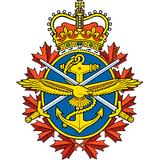 Naval Cadet MOC Weekend: Our Careers at a Glance

Beginning with Friday’s Meet and Greet at HMCS Cataraqui and ending late Saturday afternoon with briefings on our specific trades, the Navy side of MOC weekend proved to be not only enjoyable, but also informative. Along with NCdts of RMC, 17 ROTP cadets from civilian universities across Canada were also in attendance, which allowed both groups the opportunity to interact with each other as they had not been able to before. From assurances that the Halifax Class re-fit program won’t prevent us from getting time on board ships to an explanation of the origins of the “no room on NETPO” myth, MOC weekend managed to ease most of the pressing concerns of the NCdts in attendance and help to shape our impression of the life after university. With a speech on the overview of the Navy, short and informative briefings on the different types of work we will be doing, and opportunities to ask our important questions, most NCdts could walk away from MOC weekend further convinced that they had chosen the right element.

Clearly among the highlights of the weekend was the speech given by Vice-Admiral McFadden on the overall importance of maritime forces. The Chief of the Maritime Staff assured us that, in this “maritime century,” there will be no denying the need for a strong naval force. Echoing his comments in his speech last year at MOC weekend, the CMS explained that the importance of a strong, regulatory presence on the world’s oceans doesn’t just stem from a need to preserve Canada’s economic and territorial sovereignty, but also provides us with a quick-response capability for projecting Canada’s presence internationally. Considering the various maritime concerns today, from pirates to the issue of arctic sovereignty, it was made clear to us the important role we would be able to play as naval officers in the coming years.

Along with the CMS’s speech, a number of other presentations were given to shed some light on what directions we can expect our careers to take. Covering everything from underwater ordnance disposal to submarine operations to international training exercises, the short, approximately 15 minute presentations gave us a glimpse of what we can expect our careers to hold for us. Specifically, the presenters made a point of emphasizing the opportunities for international exchanges that have resulted from the decrease in available vessels for training, and re-iterated that the various opportunities the Canadian Navy has to offer are open to women as well, even where some countries still consider many of them male-only positions. Among the presenters were three ex-RMC cadets who focused their presentations on what their first few years in the Navy have allowed them to experience, which helped us project our visions of the future beyond the simple goal of graduation.

Also an important aspect of MOC weekend, the opportunity to ask questions stands out as a critical component of the event. From questions about the consequences of an election on naval development and the availability of posts for summer training, to issues of which coast the Fourth Year Class could expect to be posted to and how they were supposed to go about the process of moving, MOC weekend brought with it a chance to directly interact with the officers who could provide the answers we were looking for (or direct us to the document that would explain it). Especially for those NCdts attending civilian universities, the question periods served as a means of accessing information that would normally be nearly impossible for them to come by. Armed with answers to our questions, most NCdts were able to leave HMCS Cataraqui on Saturday with a bit of a better understanding of the next step of their careers.

In the end, MOC weekend proved to be an invaluable resource for the NCdts in attendance. Providing us with a brief overview of our future careers and the answers to some of our most nagging questions, this year’s MOC weekend went a long way towards building in each of us a sense of confidence and understanding of what is to come. Although each year brings much of the same information, the opportunity to interact with our fellow NCdts and the officers brought in to present offered each NCdt the chance to take something new out of the experience, even if it was simply the reassurance that there will be plenty of excitement and challenge waiting for us on the other side of the Arch.

Officer Cadets at the Royal Military College of Canada just had a weekend of learning all about their future careers as officers in the Canadian Forces. During this weekend, Officer Cadets were separated into their respective elements (Army, Navy, Air Force) and had the opportunity to meet various members of every trade. This weekend is an important weekend for all members of the Cadet Wing as they learned about the challenges they will face not only during summer training, but also as junior officers upon graduation.

The Army MOC weekend began Friday night with a Briefing and casual mess socialization with the Chief of the Land Staff, Lieutenant-General Devlin and Army Sergeant Major, Chief Warrant Officer Moretti. -This provided Officer Cadets the chance to meet the authority commanding the Army in a casual atmosphere and socialize with various representatives from all trades in the army. Most army Officer Cadets spent the night chatting with these officers to gain perspectives on their future careers.

Saturday morning began early with PT being conducted for all Officer Cadets in the Army at 0500. The cadets were divided into classes and set off to do the assigned PT. Several Army officers joined in this run including LGen Devlin. Once the Officer Cadets had eaten and cleaned up after PT, they were sent to the gym to receive a more formal briefing on the Army and the direction it is heading from LGen Devlin and CWO Moretti. -This provided Officer Cadets with an invaluable big picture view of the direction the Army is headed and what they can expect in their regiments and units after they graduate. -Following the CLS, officers from all combat arms trades and the logistics branch spoke about their recent experiences in Afghanistan. Not only did this open many Officer Cadets eyes to the role of unfamiliar trades in the CF but it also let all cadets know what they can expect on a deployment and the variety of roles their for specific trades.

Finally, the Officer Cadets split up into groups for their respective trades and were briefed on what to expect on phase training during the summer. As an Officer Cadet planning to become an infantry officer, I had the pleasure of being briefed on DP 1.1 or the dismounted platoon commander course. Infantry Officer Cadets were told what to expect and how to prepare for what is one of the most challenging and rewarding courses in the CF.

All in all, the MOC weekend was a wonderful success for all elements and the Army Officer Cadets had the pleasure of being briefed by several experts in various fields to get a feeling for the true scope of full spectrum operations we will be expected to partake in upon graduation from RMC.

The last weekend in March was the annual event known as MOC weekend. On Friday night, Air Force Officer Cadets met with the Chief of the Air Staff, Lieutenant-General Deschamps, at the senior staff mess and socialized with the following day’s presenters for a few hours. The following morning they woke up to the Army Officer Cadets hollering something-or-other as they finished morning PT, rolled out of bed into flight suits or combats, had a quick breakfast, and made their way to the parade square. After this, the cadets filled the New Gym in preparation for the morning’s presentations.

LGen Deschamps gave the first briefing of the day, and was greeted with many questions after he finished what he had to say. After a number of other briefings on Air Force operations and a number of different trades, a break was taken where cinnamon buns and coffee were made available. The rest of the morning consisted of more trade-related briefings.

Following lunch, cadets attended presentations given by and to members of their own trade. The pilot briefing was held in Currie hall, where pilots of many different airframes gave insight as to what role each community plays in operations, and what can be expected from the training system. The most highly anticipated briefing was given by the career manager, who told cadets what they would be doing this summer or after graduation.

After the briefings were complete, a flight test engineer (flying AERE) and test pilot from the flight test community gave a presentation on what they do and how they got there. An unclassified presentation from a member of 427 Special Operations Aviation Squadron was also delivered, stimulating a great deal of interest.

As a whole, MOC weekend was informative, engaging, and an important opportunity for Officer Cadets to learn more about the element they will integrate into after graduation.