On Following Leaders and Leading Followers 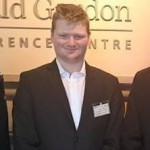 The end of the 2015 Graduation parade signified a major milestone in the lives of the class of 2015. The day has finally come when those officer cadets, after years of work, have finally finished their time at the Royal Military College. For the class of 2017, however, the meaning is somewhat different. It’s time now to start taking our roles within the college a little more seriously. Though we hadn’t given it much thought before, the fact of the matter is that we second-going-on-third years, are now expected to be leaders within the college. We’ll take on bar positions, be entrusted with more authority, and perhaps the most bizarre in my own mind: The new FYOP recruits will address us as ‘senior.’

The idea of being senior to anything or anyone seems more than a little overwhelming to a soldier whose military experience consists of a few weeks of basic training and two years of university. So I find myself wondering, am I prepared? I’ve spent the last two years in the military training system. I’ve learned the basics of administration and personal soldiering skills, and through my time at RMC I’ve been asked to give presentations and speak publicly. It certainly seems like I have the tools in the toolbox. But being a role model to new members of the college is about a lot more than shining shoes and making a psych presentation in class.

My own perceptions of good and bad leaders and role models may not hold a lot of weight due to my aforementioned inexperience, but I’d like to think that there’s a common thread which runs between them, and that is the willingness of a leader to care for their subordinates.

By far the best leaders I’ve had at the college and in the CAF are the ones who have not merely passed leave passes back and forth, but the ones who have made a clear effort to work for the interests of their subordinates.

In principle this means conforming to a great many high ideals that the CAF wishes to instill in us. While it is no doubt a great thing to strive to be the leader the CAF and the College want to see, in practice it is very easy to be an effective leader at RMC.

First, remain concerned with the well-being of your subordinates. You should always keep in mind the workload of those under your command, and consider it in your application of taskings. Second, ensure your subordinates personal administration is in order. No one likes paperwork languishing in bureaucratic limbo, and every second that memo spends in your ‘to do’ pile, will probably translate to significant headache. Third, and perhaps most importantly, be prepared to learn.

You won’t be the best Section Commander, the best Squadron Admin Officer, even the best Sports Officer. You’re there to learn administrative skills that will one day be vital to your career. You’ll make mistakes, and likely you’ll pay for them, but that’s the wonder of RMC. Mistakes on the battlefield mean millions of dollars in damaged equipment, injury, or even death. Here all they usually mean is 4’s and G’s.

Embrace the sandbox nature of the college.

With second year done, It really is a time for us to begin thinking about our future careers. I don’t know whether my ideas about leadership in the college are correct, (though I’m certain that isn’t the point) or even make sense to anyone but myself. With that in mind, I’m prepared to try them out while I’m here, and maybe with a little help from my peers, from my superiors, and my subordinates, I’ll find myself happily stumbling into the role of a leader.

Enjoy your summer, and good luck to all on training. I’ll see you again in September.