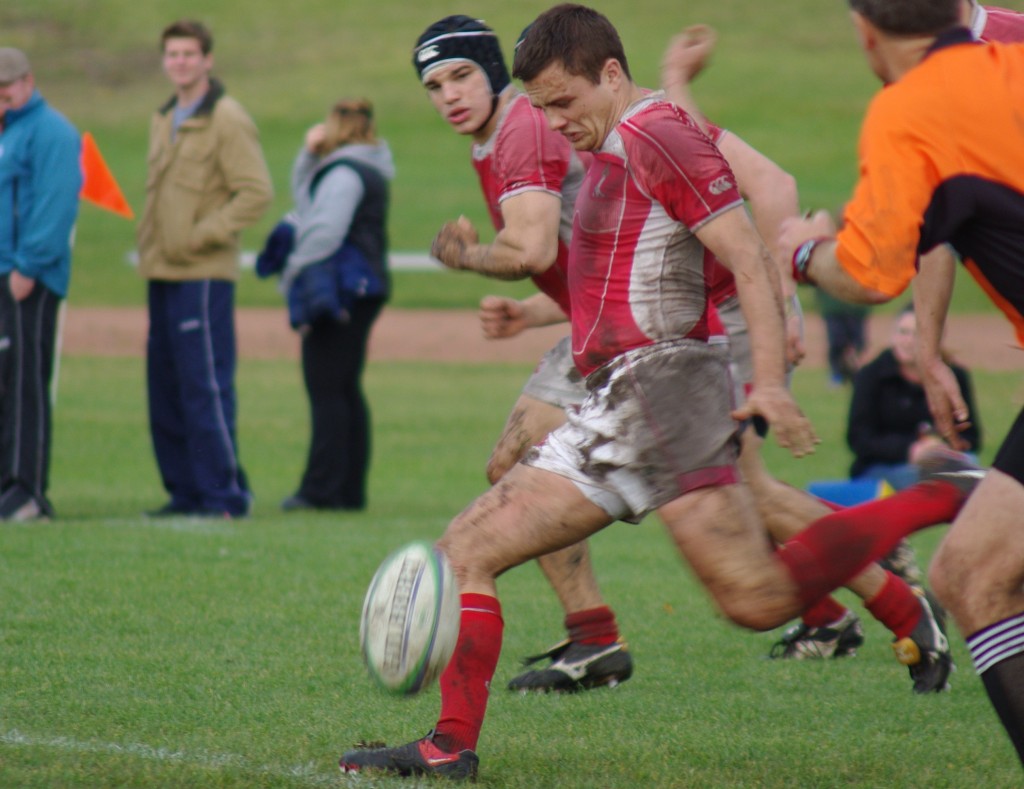 Rugby has generated a compendium of pseudonyms – from “organized violence” to “a barbarian game played by gentlemen.” It is particularly at home in the military. While a Rugger Fifteen is apropos at the Combat Arms School in Gagetown, it is certainly a vibrant part of a military seminary. Nestled on the shores of a great lake, the Royal Military College has been described by one its more famous graduates as “a parochial college on the banks of the Cataraqui” (Prof Emeritus Desmond Morton, of McGill). In fact, RMC fields a valiant collective of brave hearts ready to do battle with the thugs and bullies of the gigantic universities scattered across Ontario and Quebec. But Brobdingnagian sides and Thermopolyian odds are bagatelle for any intrepid Fifteen. More important, this is a game that is perfect for any war college. As in the profession of arms, Rugby requires physical courage. It features decision making at speed, analysis and demands precision under pressure, 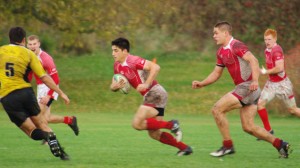 The Navy takes pleasure in it because its officers often think of themselves as flashy Russell Crowesque doppelgangers, about to repeat Master and Commander. Save for the last 15 meters, Rugby often resembles the fleet battle, or manoeuvre by armour in the desert: terrain means little for it comes and goes – with the exception of the enemy port (the goal line). As in naval tactics, occupying area is moot. It is all manoeuvre against the enemy fleet: foxing it through clever sweeps then closing to come aboard and drive the foe from its quarter deck (the enemy scrum, over the ball). Rugby’s classic simplicity appeals to the essence of naval tactical psyche: the world is flat, everything is a target, and a good wind helps your game. Innate piratical deportment further beguiles the primordial soul of the Rugby player. The Air Force enjoys Rugby because it allows sorties, individual tests as well as manoeuvre by fulsome Wings. Airfolk are besotted by sweeps along the flanks or acrobatic dogfights through areas full of bandits. Duelling against oppos allows for the individual creativity that silk-scarved pilots crave. And of course, scoring the elusive Try offers the glory of demonstrable victory. Players will passionately discuss, over appropriate beverages, the benefits of an attack that is scrum-centered vs. a cavalier war of airborne assault via vertical envelopment and the indirect approach: field goals, kicking “up and unders” (the Gary Owen), grubbing, and deft passes to wingmen…err, wing persons.

The Army likes to claim Rugby as particularly its own. There are certain similarities to the infantry battle: the trenches of the Scrum, the grinding close quarter combat designed to wear down the foe physically but mostly psychologically. It is a symbiotic combination that features the intimate support of the Backs for the grunting Forwards. The bruised, weary Scrum forms the bulwark, the keystone of any rugby team and is the soul of success. The Backs are market capitalists, a free-spirited romping pride that seeks quick Trys via élan and dash. The Scrum, or Pack, marches up to hold terrain won, though usually it conquors ground in short, violent assaults and battering-ram shocks that crack the foundations of the enemy scrum. In the end, the Back/Forward coalition produces victory through sacrifice, grit and a marriage de raison. Total dominance and achieved through a complex assortment of tactics. When the British Army finally created an Armoured Division in 1940 (in emulation of the successful panzer formations of the other side) the first training pamphlets produced by MOD explained the unit’s operations as “a rugby side… the forwards pinning and attacking like the infantry, the backs as the armour sweeping through and creating chaos in the rear areas…both groups supporting one another.” 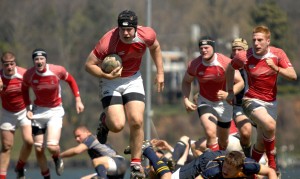 Glory in Rugby is unrestricted and egalitarian; scoring is uncomplicated: simply pluck the ball from any snarling pack of forwards and cross the goal line. And it is that classic simplicity that inspires an oeuvre of rococo tactics and vogue. The distinct style of the rugby uniform is internationally distinguished and slavishly copied by civilians in leisure mode. A club uniform, like any military accoutrement, is jealously guarded – the right to wear it must be earned on the pitch. Alas, modern teams have been misled by those with muffled taste for tradition. The bold stripes or harlequin jerseys are less seen in favour of genteel collections from Coco Chanel. Some Rugby teams look more like badminton clubs. But in the end, red stains and dirt hide the worst fashion statements. Much like the venerable Royal Tank Regiment motto, the Rugby team strives for triumph via the auld mode: “From Mud, through Blood to the Green Fields Beyond.” 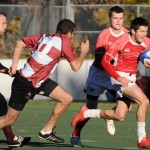