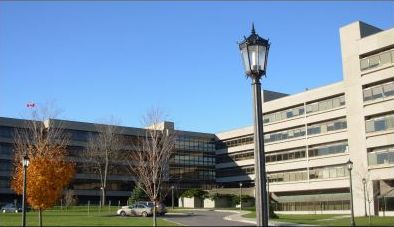 This history of the physical sciences at the Royal Military College was initiated in 1999 by Dr. Tom Racey, the Head of the Department of Physics, as a response to the request from the Canadian Association of Physicists to all university departments of physics in Canada for a history of their department. All the histories were to be published in sequence in the CAP journal Physics in Canada. Since I was one of the earliest of those who had joined the department after the College re-opened in 1948, Dr. Racey suggested that I undertake the creation of the history for RMC. It is hoped that the histories written for this purpose will prove valuable since it will mean that for the first time an overall review of the development of physics education and research in Canadian universities will have been recorded.

A first history of the RMC Department of Physics suitable for publication in Physics in Canada was completed and appeared in the November 2003 issue. During the writing of this history, however, it became obvious that the various sources drawn on for information had produced a much greater quantity of material than a short journal article could contain. It is hoped that the present fuller account will do justice to this newly available material.

When I began uncovering the history of physics at RMC in 1999, it quickly became clear that College records for the period between 1876 and 1939 that referred to physics specifically were fragmentary. This means that a large part of what is offered here concerning the physical sciences in these early years had to be collected from sources beyond the official records.

For the period between approximately 1930 and the beginning of World War II a substantial contribution was made by contact with those who had been cadets during this decade and who offered recollections of their years at RMC. Their personal experiences in vivid and detailed accounts, both of the physics facilities and programs of study and of faculty members and their teaching practices, surpassed what any official source could have supplied. We are fortunate to have the accounts of these precious memories. These contributions from the ex-cadets were made possible threough the ready assistance of the RMC Club of Canada which supplied a list of the surviving ex-cadets of the pre-war period. The letters that poured back were informative, fascinating, inspiring, and frequently amusing with their tales of student pranks and faculty eccentricities. Chapter 2 of the present history is constructed almost entirely of quotations from these letters. In addition to the factual information supplied by these former students, the letters created a window through which we are able to view the RMC of these early days in the 1920’s and 1930’s. Because the memories of these students at the College are in themselves a significant part of the whole history of RMC, the letters have been appended at the end of the present historical account.

For the period following 1948 the formal records preserved in the R.M.C. Registrar’s office formed the major source for the writing of the history. Records of meetings of the Faculty Board and the Faculty Council were invaluable, in addition to the records of the meetings of the Department of Physics itself. Much of the history of physics at RMC in the post-war period lives on also in the memories of the faculty members and students who played a part in that history, and many of them have made significant contributions in assembling the material for this account.

The high quality of the staff members who taught the cadets and carried out an impressive level of research during these 125 years provided an ongoing influence on generations of students. This has resulted in the dispersal across Canada, the United States and the world of highly qualified scientists and engineers who later reached a high level of achievement in government, industry, education, scientific research, medicine, and international space projects. In the later chapters, a significant objective was the recording of the lifetime achievements of some of these students who graduated from the physics courses, particularly those who pursued careers in science or technology.

It was decided that this account would begin at the opening of the College in 1876 and continue until the year 2001, a time span of 125 years. In view of this closing date, Rear Admiral D. C. Morse, the Commandant in 2000, included this history in the list of RMC projects that constituted RMC’s Millennium Project. These are recorded in Kingston’s Millennium Registry preserved in the Memorial Hall of Kingston City Hall.

A preliminary version of the complete history was written and printed in 2002 whose purpose was to demonstrate without delay to the many senior ex-cadets who had taken time to transmit their recollections how productive their letters had proved to be, and how greatly appreciated they were.

Two outstanding characteristics of the academic environment at RMC in the years covered were the small class size with the opportunity for staff and students to come to know each other, and the stimulus of academic and military staff working in conjunction with each other. Lifelong relationships and friendships were the result. Those of us who pursued a longterm career in the RMC Department of Physics are grateful for this unusually satisfying and professional opportunity. It has created warm memories of a unique academic experience for both staff and students over the 125 years recorded in this history.

Ed note: David C. Baird has compiled a very comprehensive record  of physics at RMC – The First 125 years – 1876 to 2001.  Eventually it is his intent (hope) to have the entire history published in a book.  In the meantime, we will take a few chapters over a few weeks to give readers a glimpse of this history of PHYSICS AT RMC.

Readers are encouraged to leave comments.

CONTENTS of the complete document include:

The Opening of the College and the Early Years:

Next week we will jump to –