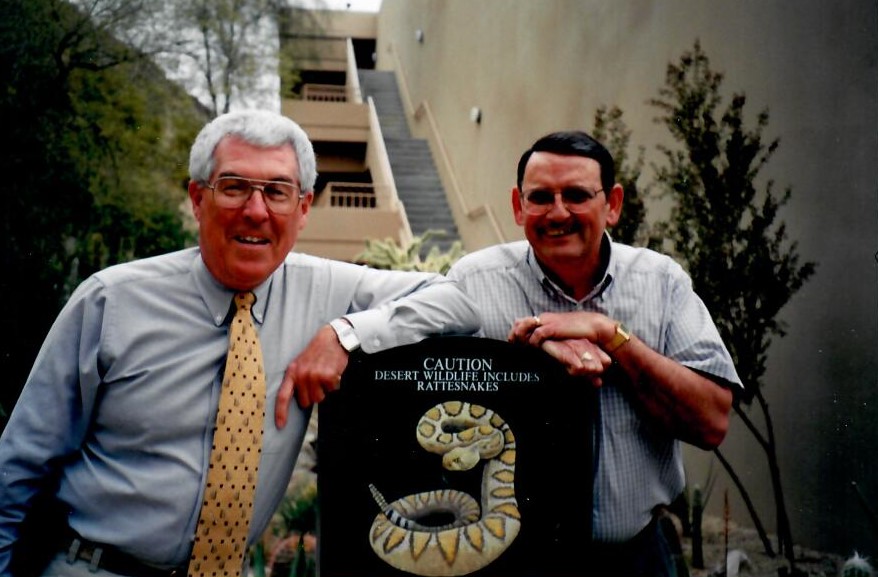 On January 18, 2021 the Class of ’69 lost a highly respected classmate and many of us lost a close and long-time friend. We have many acquaintances in life but friends of over 55 years are exceptional and are to be cherished. Inevitably these rare friendships result in the pain of loss as we experience the reality of aging. Terry was one of the youngest members of our class and he deserved a much longer life. The world, his family and indeed all of us would have been better for it.

Terry’s published obituary (https://www.mccallgardens.com/obituaries/terrance-brian-rogers-col-ret-rcaf) speaks to his love of family and his career accomplishments. Reading this testimonial and the messages of condolence attached paints a picture of an outstanding man who was universally loved and admired.

Personally, Terry’s passing is like losing a brother. We met in 1965 when Terry arrived at Royal Roads where I was loafing along as one of his seniors. Years later he would always say that I liked him so much that I repeated the second year in order to be in his class. I last saw Terry in 2015 at a Royal Roads event and in the years since we’ve kept in touch through email and monthly telephone conversations. I last spoke with him in August two days before he was hospitalized.

It was soon apparent that Terry’s condition precluded any further direct communication so a campaign of written correspondence was initiated involving classmates and friends. Terry’s wife Heather would read these messages to Terry during the COVID limited visits she was allowed. These notes and cards continued to arrive until his final day.

I wrote to Terry to express my feelings and to highlight some of the great experiences we shared. I offer this letter below as some of these memories….

You are constantly in my thoughts. I’m really sorry that life has dealt you this nightmarish and difficult challenge to recover all that was taken from you. Heather and Tammy have been wonderful in keeping us updated on your progress.

Julie & I wish we were closer so we could offer greater personal support. You are such a cherished friend and I dearly wish I could sit with you, sip a dram of Oban and reminisce about all the memorable times we shared over the last 55 years:

… my good fortune in having you and Heather convince Julie to take a chance on a Roadent, the double dates with our special ladies and the submarine races off the Spit

…. our Thanksgiving 1968 four-day marathon from RMC to Victoria (hope the statute of limitations on AWOL has expired) to see our ladies. You having to shake me and remind me in Toronto airport that I was travelling under an assumed name to qualify for the under 21 air fare.

… the grad week’s cottages on the river with Herc’s handstands on the picnic table to impress the ladies, plus the afternoon lightning strike that destroyed the black & white TV

… coffee at Mr. Mugs in Blackburn Hamlet (or “special” coffee in the back room of Charlie’s Barbershop).

… the many golf games (Ottawa, Victoria, Comox, Arizona, etc.) including the “almost” hole-in-one in Syracuse while the gals were patrolling the Great Northern and Penn-Can Malls

… fishing off Comox and our son Trevor’s first fish

… your hospitality in Comox and honouring me by having me, an Army officer, address a professional development event for your unit’s officers.

… and the memories go on.

Terry, I am in continuing contact with some 125 of your Royal Roads/RMC colleagues who are offering daily prayers and supportive thoughts. No matter what the future holds, know you are respected and admired by many and loved by the most important people in your life.