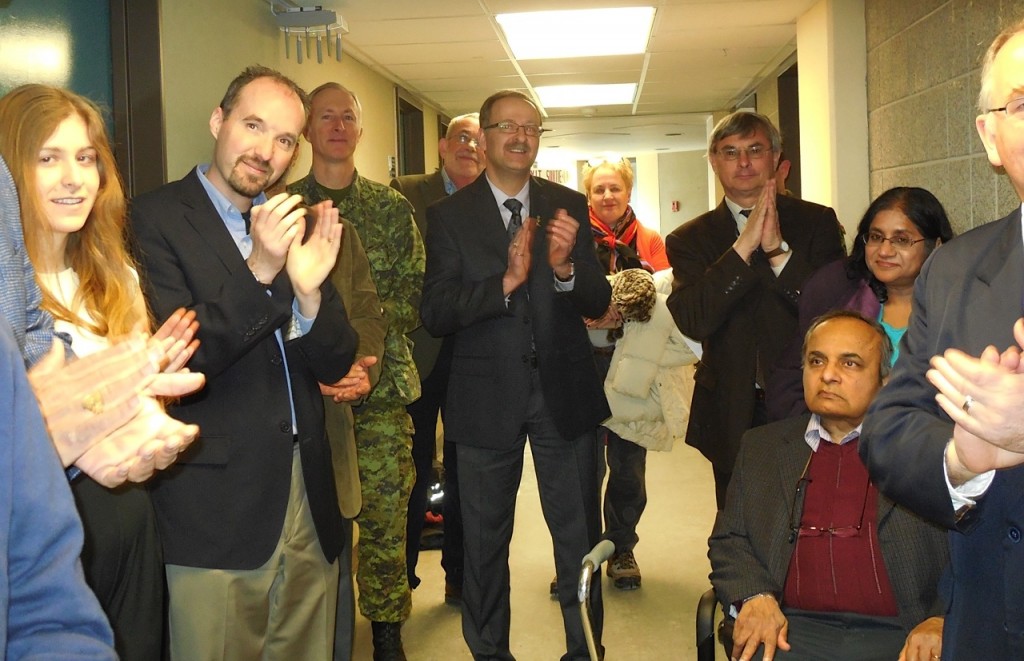 On February 3, the Principal, former Principal, Dean of Arts, Head of the Department of Management and Economics, Head of the Department of Politics, Mayor of Kingston, event co-ordinator Professor Ugurhan Berkok, RMC faculty, invited guests from the Indo-Canadian community, and members of his extended family came together to unveil a memorial plaque honouring Professor Mahinder Chaudhry. RMC Emeritus Professor Alan Whitehorn was asked to offer a few introductory words before a number of others, including members of the family, spoke. Professor Whitehorn remarked:

Mahinder Chaudhry was born in the Punjab in 1928. It was at that time in India before independence. He lived through the traumatic partition of the Indian sub-continent and the forced mass migrations of millions of ethnic/religious minorities.

As a young man he attended the Dehli School of Economics and later continuing his education, receiving a PhD from the prestigious Duke University. He and his wife Kailash came to Canada as immigrants in the 1960s and helped contribute to our wonderful multicultural country. From mid-1960s to mid-1990s he taught economics at RMC. He was a specialist on economics of development, demographics and, of course, India. As a young faculty member, I often came to Mahinder for advice on each of these subjects. I much appreciated and benefitted greatly from his expertise, wisdom and willingness to talk about his experiences.

In the early days of searching for alternatives to relying solely on per capita income as measure of development, one author Morris Morris wrote a pioneering book in 1979 entitled: “Measuring the Condition of the World’s Poor: The Physical Quality of Life Index”. When I received my copy of the important new book, I read that Mahinder was one of the few international scholars thanked. When I rushed down the hall of the Department to tell Mahinder the news, he, of course, knew already. That quiet, valued expertise reflected the essence of the man.

Mahinder Chaudhry was active in the Indo-Canadian community. In Kingston he was a strong supporter of the Indian pavilion in Kingston’s Foklore Festival. I can personally attest to this. My wife, young daughter and I faithfully attended the wonderful Indian pavilion which was just around the corner from our house. There could not have been a more gracious host. He beamed when he saw us and was exceedingly generous in his greetings, beckoned us to sample more delicious food and encouraged our daughter to dress up likely a young Bollywood star. In fact, one of the most cherished framed pictures of my young daughter and me is at the Indian pavilion, with Mahinder smiling just out of camera range.

Mahinder Chaudhry became an emeritus professor at RMC. After retirement, Mahinder enjoyed time with his grandchildren. As a fellow retiree, I can relate to that noble activity.

As we gather here to celebrate our academic colleague Mahinder Chaudhry, we note that he was, above all, a scholar dedicated and committed to the inter-related issues of economic, social and political development and that of cultural diversity. These are important topics and we valued his contributions.

On behalf of our colleagues and students, we thank and honour him. Accordingly, it is fitting that a trilingual plaque (English, French & Hindi) is co-sponsored by the Department of Management and Economics and the Department of Politics.” 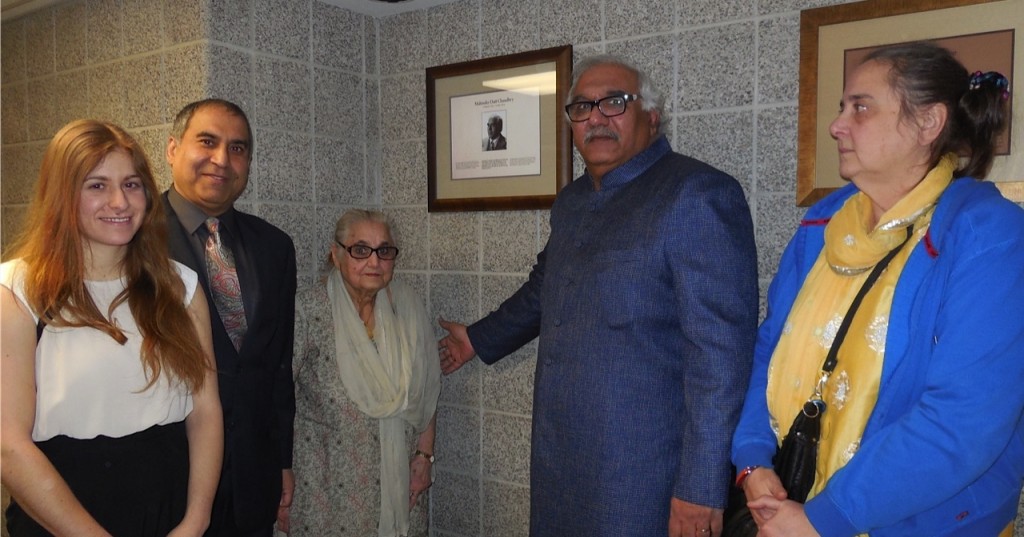