On Wednesday morning the Military staff and Cadet wing gathered on the Parade square for medals presentations. The Commandant also took this opportunity to speak to the parade about the very difficult prior week that the Canadian Forces and the nation had experienced as a result of the heinous actions of Russell Williams. The Commandant highlighted the CDS’s words found in CANFORGEN stressing the need to move beyond this difficult period and to stand tall and be proud of everything that the CF represents. On Saturday and Sunday, the Cadet Wing conducted their first Military Training Weekend of the year. On Saturday the cadets played a range of sports, had their first mess meeting of the year and also prepared for the Commandant’s parade on Sunday. Many took a break on Saturday night to enjoy Halloween at many of their favourite Kingston spots. On Sunday morning the College welcomed Cmdre Bruce Kafer, Commandant of the Australian Defence Force Academy, as the Reviewing Officer for the Commandant’s parade. The entire Wing and Mil staff were congratulated on their great turnout and complimented on a terrific parade. Cmdre Kafer will continue his visit of RMCC, along with the new Principal of New South Wales University, Dr Michael Frater on Monday. On Tues the Commandant will accompany the guest to RMC SJ for a follow on visit and attendance at a conference of Defence Academies 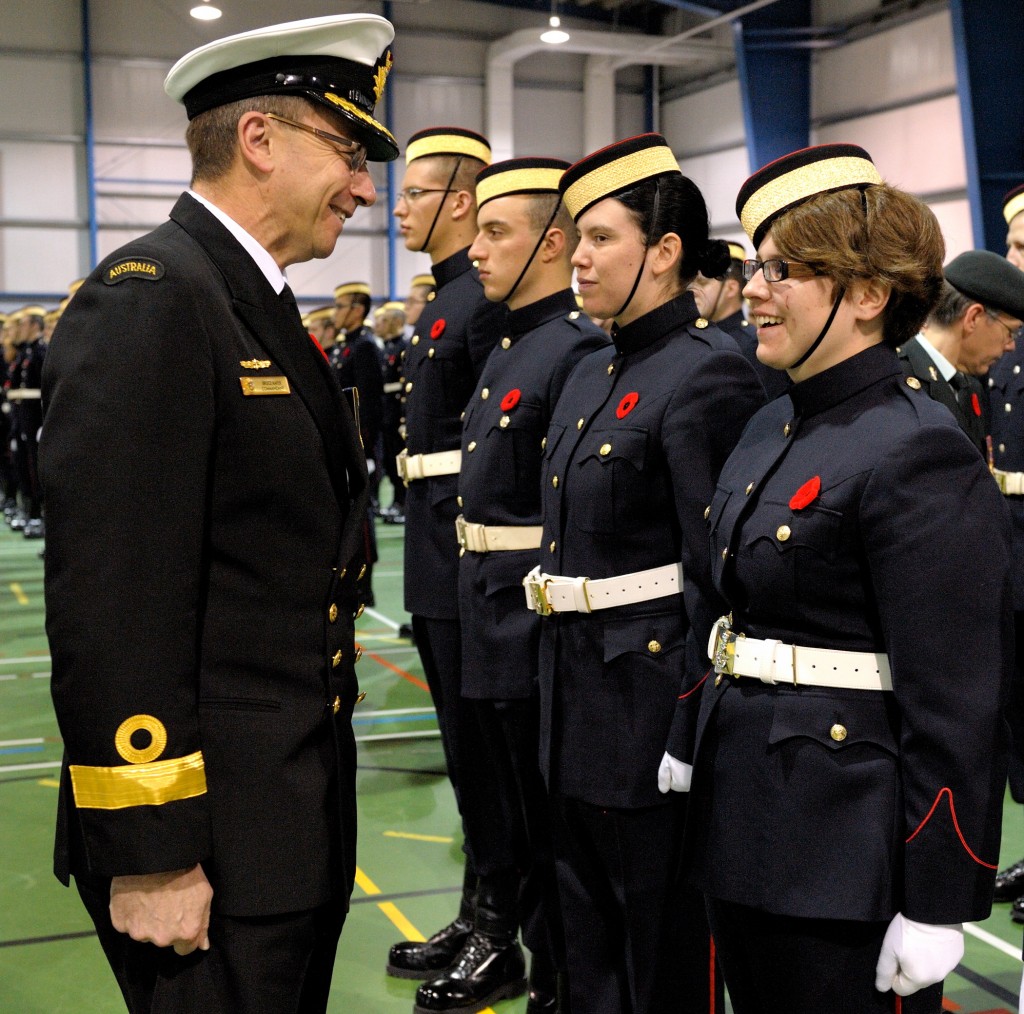