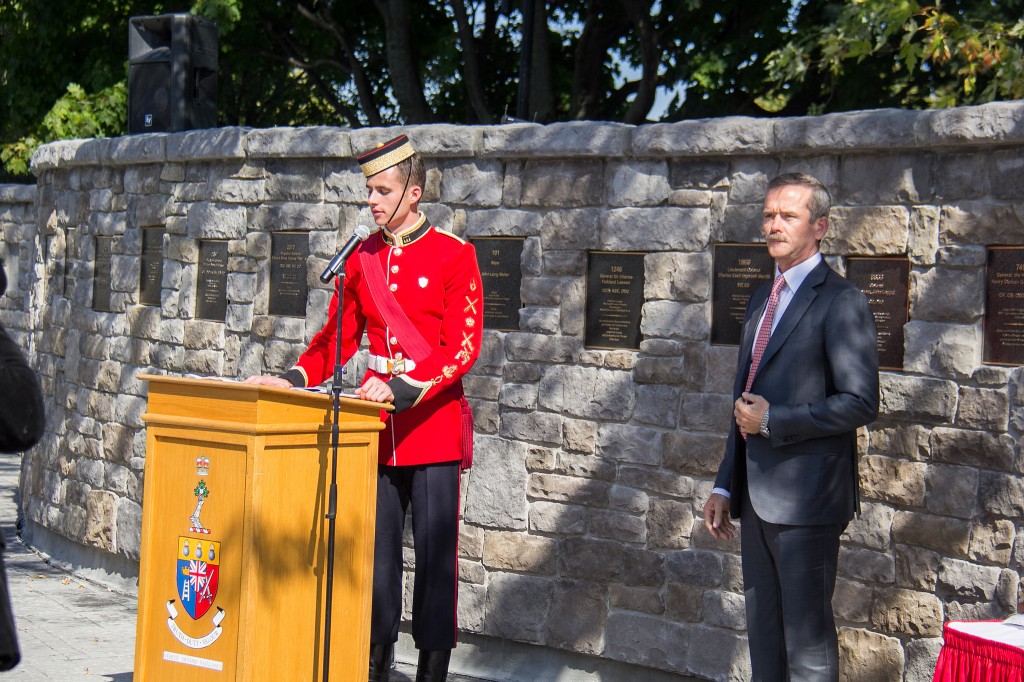 The Class of 1963, as their gift to the College upon entry into the Old Brigade in 2009, have created and donated to RMC, a Wall of Honour to recognize ex-cadets of the Royal Military Colleges (RMC, RRMC, CMR) and others with College numbers for outstanding achievements and contributions to Canada or the world.

The unveiling ceremony takes place at the Wall during RWE 2015 on Saturday, 26 September at 1330 when: H8829 Colonel, the Honorable George Francis Gillman Stanley; H2951 General Ramsey Muir Withers; and 7860 Lieutenant-General, the Honourable Roméo Antonius Dallaire will all be honoured.

The three will join the twenty one distinguished Canadians already there. The ‘living’ Honoree this year is General (Ret’d) Dallaire who will speak on behalf of this year’s Honorees.

Spectators are invited and encouraged to attend this very special ceremony. 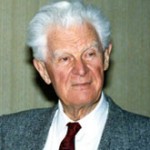 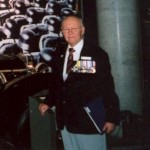 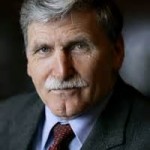 George Stanley was born in Calgary. After graduating from the University of Alberta with a BA, he became the 1929 Rhodes Scholar from Alberta, attending Keble College in Oxford. He played for the Oxford University Hockey Club, which won the Spengler Cup in 1931. He earned a BA, MA, MLitt and DPhil at Oxford, and wrote The Birth of Western Canada: A History of the Riel Rebellions.

Returning to Canada in 1936, Dr. Stanley was appointed professor of history at Mount Allison University, and joined the military as a lieutenant in the New Brunswick Rangers as an infantry training officer. He went back to England in WWII, becoming Deputy Director in the Historical Section at Canadian Army Headquarters in London. He was discharged as a LCol in 1947.

Dr. Stanley joined UBC as the first ever chair in Canadian history in Canada. He joined the militia in 1948 and remained in the Reserve of Officers until 1967. Awarded a Guggenheim Fellowship in 1949 to research Canadian government policy dealing with Native people, he joined the RMC History Department the same year, where he remained for the next twenty years.

As Head of History at RMC, Dr. Stanley served as first Dean of Arts for seven years from 1962 to 1969, and taught the first undergraduate course in military history ever given in Canada. He also wrote his ground-breaking textbook, Canada’s Soldiers, 1604-1954: The Military History of an Unmilitary People,1954. While at RMC, he was largely responsible for enabling the Pipes and Drums to be equipped with their full Highland regalia, including the Mackenzie tartan.

Dr. Stanley served on a number of committees while at RMC, including the Canadian Historical Association (President), the Massey Commission’s Committee on Historical Sites and Monuments, and the Archaeological Sites Board of Ontario. In 1964, as Canada sought a new national flag, Stanley made a proposal based on the RMC flag, with the maple leaf replacing the RMC crest. His proposal formed the basis of the new flag inaugurated in February 1965.

In 1969, Dr. Stanley returned to Mount Allison University to become founding director of the new Canadian Studies program there, the first of its kind in Canada. He continued his committee work: on the advisory panel of the Symons Commission on Canadian Studies, as a founding member of the Atlantic Canada Institute, a member of the Federal Government Advisory Board on Canadian Military Colleges, a member of the Advisory Board of the Canadian War Museum, and as Honorary Colonel of the Royal New Brunswick Regiment, to name a few.

In 1975, Dr. Stanley retired from teaching. He was appointed Lieutenant Governor of New Brunswick, serving from 1981 to 1987, during which time he received both Queen Elizabeth II and Pope John Paul II. In 1985, as general editor over five authors, he brought out The Collected Writings of Louis Riel in five volumes. He donated his book collection and papers to the University of Calgary.

Dr. Stanley was made an Officer of the Order of Canada in 1976, and promoted to Companion in 1994. He was the recipient of twelve honorary degrees in addition to his five earned degrees. He and his wife Ruth had three daughters and two grandchildren. He died in 2002, and was buried with full military honours in Sackville, NB.

Ramsey Withers was born in Scarborough, Ont., and entered Royal Roads in 1948 as one of the “First 86” cadets of the new tri-service college. Graduates of 1952 were told, “If you go regular army, you’ll go to Korea. Period.” He served with distinction as a Signals officer during the last year of that war.  While in Germany as a captain, his Brigade Commander was heard to say: “Ramsey’s so damned brilliant, he frightens me.” He was the first post-WWII officer to reach general officer rank, and did so at the age of 39.

BGen Withers was appointed first Commander of the newly created Canadian Northern Region in 1970, and, as a MGen served as Commander Canadian Forces Europe. General Withers was then Canada’s “Sending State Force Commander” under the NATO Status of Forces Agreement. He built a strong relationship with the host country, Germany, and other NATO sending-state military forces. His responsibilities for military and civilian Canadians serving in Canadian Forces Europe included a health care and school system, a motor vehicle licensing system and a judicial system, paralleling similar services in Canada.

Appointed Deputy Minister of Transport, Withers served four Ministers of Transport until his second retirement in 1988. At Transport Canada, he revitalized Canada’s transportation regulatory environment, and oversaw improved harmonization with those of the USA and Europe.

In retirement, Withers became president of a government relations firm and founding chairman of another firm, director of an aerospace technology company, consultant to the Office of the Auditor General, and Chairman of the Industry Government Relations Group.  At the request of the Board of Governors of RMC, he chaired a pivotal study on the future of RMC in 1998. The resulting Withers Report was largely implemented. He was made an Honorary Life Member of the Royal Military Colleges Club of Canada and served as its Honorary President.

Withers served as Chairman of the Canadian War Museum Committee, and began the private sector fundraising for the new museum. He was a Trustee of the then Canadian Museum of Civilization, and served on the National Council of Scouts Canada. He was a member of Queen’s University Council from 1997 to 2003.

Withers was Principal Commander of the Order of Military Merit. Other awards included the Queen Elizabeth II Silver and Golden Jubilee Medals, two honorary Doctorates, the Commissioner’s Award of The Northwest Territories, the Outstanding Achievement Award of the Public Service of Canada, the National Transportation Award of Excellence, and Queen’s University Alumni Achievement Award.

General Withers was, for six years, Hon. LCol  of the Governor General’s Foot Guards, and was a frequent volunteer interpreter at the Canadian War Museum. Ramsey is remembered as a true gentleman, a humble man with a powerful personality. He was predeceased by Alison, his wife of 54 years, and is survived by a son, twin daughters and eleven grand-children.

LCol Dallaire commanded the 5e Régiment d’artillerie légère du Canada, was Director of Land Requirements for four years, was promoted to BGen and appointed Commandant of CMR from 1989 to 1991, and then commanded the 5e Groupe-brigade mécanisé du Canada  in Valcartier.

In 1993, BGen Dallaire was given command of the United Nations Observer Mission Uganda-Rwanda (UNOMUR) and the United Nations Assistance Mission for Rwanda (UNAMIR), charged with assisting in the implementation of the Arusha Accords, a peace agreement after three years of civil war between the Rwandan government and the Rwandan Patriotic Front. The Peace Accord broke down and extremists implemented a plan, later confirmed by the International Criminal Tribunal for Rwanda, to rid Rwanda of the Tutsi population.

MGen Dallaire’s Peacekeeping Force, subject to Chapter VI of the Charter of the United Nations, was by mandate forbidden to intervene and ordered to withdraw when the civil war and subsequent genocide commenced in April 1994. His Force was reduced to only a few hundred ill-equipped African peacekeepers and had no mandate to even protect the civilian population at risk of slaughter. In this dire situation, without UN mandate, with most peacekeepers repatriated, Dallaire and his reduced Force, including a staff group of twelve Canadian officers as the sole reinforcements, remained as the only formal UN presence.

Over 800 000 Rwandans perished and almost four million were displaced in three months. Dallaire’s contingent remained in Rwanda, under constant threat, determined to be witnesses of the genocide and protect those who sought refuge. His influence is credited with saving some 32 000 Rwandans from massacre.

Later in 1994, Dallaire was appointed Commander of the 1st Canadian Division and Deputy Commander, Canadian Land Forces. In 1996, he was made Chief of Staff to the Assistant Deputy Minister, Personnel at NDHQ. In 1998, he was promoted LGen and became the first Assistant Deputy Minister, Human Resources (Military). After nearly six months sick leave due to his Operational Stress Injury (OSI), he returned in early 1999 as Special Advisor to the Chief of the Defence Staff on Officer Professional Development, mandated to articulate the reform of the Officer Corps. His draft report was submitted in January 2000. However, his OSI (PTSD) prevented further operational deployment and he was medically released from the Canadian Forces in April 2000.

Dallaire was appointed to the Senate of Canada in 2005 and chaired the Veterans Sub-Committee and co-chaired the National Security and Defence Committee. He resigned in 2014 to continue his life’s work on eradicating the use of child soldiers through the “Romeo Dallaire Child Soldiers Initiative” at Dalhousie University.

LGen Dallaire’s writings include two best-selling books.  Shake Hands with the Devil : The Failure of Humanity in Rwanda, won the Governor General’s Literary Award for Non-Fiction in 2004 and the Shaughnessy Cohen Prize for political writing awarded by the Writers’ Trust of Canada.  It provided the basis for an Emmy Award-winning documentary as well as a major motion picture of the same name.  It has also been entered into evidence in war crimes tribunals trying the perpetrators of the Rwandan genocide.

LGen Dallaire’s most recent book, They Fight Like Soldiers, They Die Like Children: The Global Quest to Eradicate the Use of Child Soldiers  introduces the Child Soldier phenomenon and solutions to eradicate this horrific abuse of children.

Romeo and his wife, Elizabeth, have three children, Willem, Catherine and Guy, and live in Quebec City.