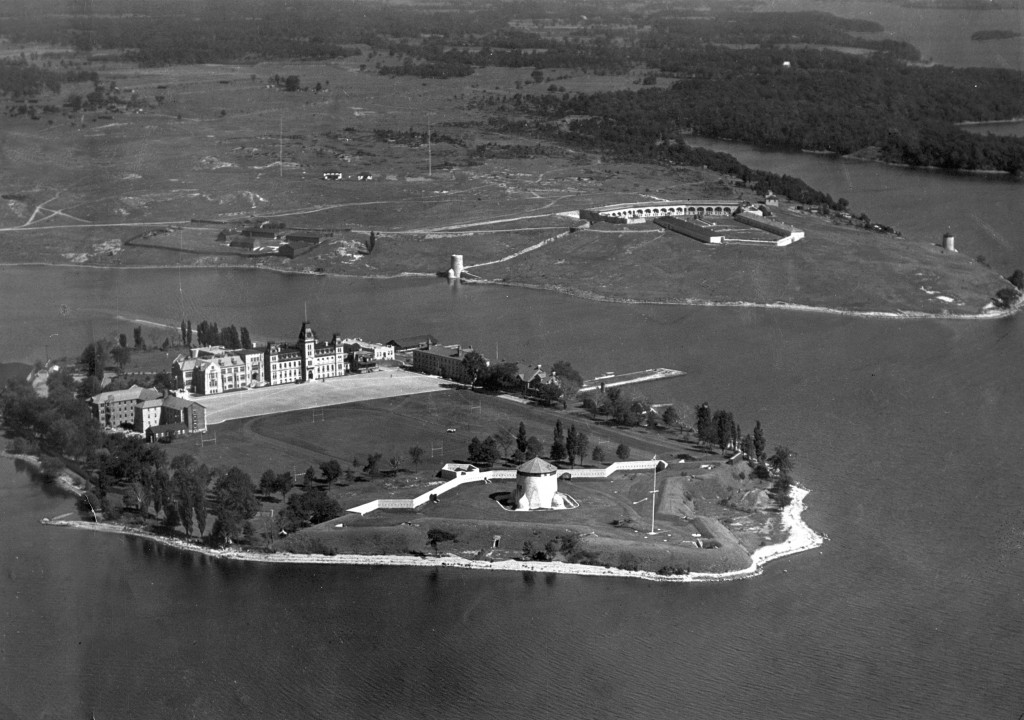 The Ugly, the Bad, and the Good

1596 Lieutenant General Guy Granville Simonds CC, CB, CBE, DSO, CD (April 23, 1903 – May 15, 1974) was a senior officer of the Canadian Army who commanded the II Canadian Corps during World War II. He served as acting commander of the First Canadian Army, leading the Allied forces to victory in the Battle of the Scheldt in late 1944. In 1951 he was appointed Chief of the General Staff, the most senior member of the Canadian Army.

He studied at the Royal Military College of Canada in Kingston, Ontario between 1921 and 1925. Simonds’ class was the last to be selected from nationwide exams (Simonds having placed second) and the first after the war to enter a four-year course. At graduation he was awarded the Sword of Honour, judged the best “all rounder”, placed second academically, and was generally considered the best horseman in the class.

Over the next several Issues, e-Veritas will reproduce a series of excerpts from an unpublished Guy Simonds autobiography. The excerpts will deal mainly with his time as an officer-cadet at Royal Military College of Canada from 1921 to 1925.

We wish to acknowledge the kindness of 3521 Charlie Simonds Class of 1956, the son of Guy in providing access to these very interesting papers.

The title: The Ugly, the Bad, and the Good was chosen by the editor and likely not a big surprise to Ex Cadets; others who have not ‘lived RMC’ should eventually better understand why we chose it.

I attended elementary schools in Victoria, following a normal and uneventful routine.  I never had any difficulty in passing grades, and generally excelled in mathematical subjects and history.  When my parents agreed that I should compete for entry to the Royal Military College at Kingston, they decided I should spend two years before entering the College at a boarding school away from home, and selected Ashbury College in Ottawa.

When I joined Ashbury College, I found that my years in the mild climate of Vancouver Island had handicapped me considerably in the matter of sports.  In British Columbia, organized school sports were English rugger, soccer and ground hockey..  The first artificial ice rink in the place had been built in Victoria during the last few years I was there, but I had only barely learned to navigate on skates without falling too often and was certainly no match for boys of my own age who had grown up in the winter climate of Eastern Canada.  I exercised in the rough and tumble of “shinny”, but never did learn to play ice hockey with any competence.  I learned to play Canadian football, and played on the Ashbury first team, but did so as a duty, rather than because I enjoyed the game.  In comparison with English rugger it seemed too confining and restrictive of individual initiative.  I concentrated on track sports and in my last year at Ashbury won the individual championship cup.  I took a special and serious interest in the school cadet corps, and tried to excel in its drills and exercises.

In the spring of 1921 four of us from Ashbury sat for the R.M.C. entrance examinations.  This was the last class to enter the R.M.C. through the medium of competitive examinations, set on a common nation-wide standard and oriented to the course of instruction to be followed at the Military College.  The system was criticized because it was felt to favour candidates from private schools which could give selective tutoring and coaching on the subjects required for the entrance examinations, whereas boys from many public schools were bound by a more rigid curriculum.  I believe this criticism was valid.  Subsequent to 1921, the R.M.C. entrance was based upon provincial matriculation standards, with quotas allotted provincially on the basis of population, and final nomination depending upon the decision of selection committees.  Our class was also the first post World War I class to enter the College for a course, planned from the outset to be of four years’ duration.1.

Whilst my school companions from Ashbury, who lived in places closer than the West Coast, dispersed to their homes and summer activities, I remained in Ottawa to await examination results, and got a job giving special tutoring to small boys.  When results were published, all Ashbury candidates had passed with very good standing, and I had passed in second place to all the candidates who had qualified in Canada.  I was elated at having reached a very important stepping stone towards a life-time ambition.  For the sake of my parents and my teachers too, I was delighted to have attained such a high standing, but elation was modified because we had been given to understand that the higher the standing on entering the R.M.C., the rougher the treatment one could expect from the senior cadets.

In addition to myself, there were three other R.M.C. recruits living in Ottawa during the summer of 1921, and Maj. Gen. Clyde Caldwell, the Quartermaster General at Militia Headquarters, and himself a graduate of Kingston, kindly invited us to his house to give us some advice on how to conduct ourselves when we entered the College.  He made no bones about informing us that the recruit year was a rough and tough ordeal, but stressed that we should take it in our stride, maintain a sense of humour, and “Keep smiling”.

We all left our meeting with “Keep smiling” as the important message engraved on our minds.  In Ottawa the four of us got on the same train on the day set for reporting at the R.M.C., and on reaching Kingston station took a taxi together into which we bundled our hand baggage and ourselves.  The taxi drew up at the Administrative Building, we scrambled out carrying our baggage, and I led the way up the steps.  At the top, in all his glory, stood the B.S.M. – the man who I was later to discover was our cadet Battalion Sergeant Major “Chicks” Mundell.  He took one look at me and said “Wipe that Goddam smile off your face!”  This first verbal introduction to recruiting at the R.M.C. was not as sharp a contradiction of the advice we had been given by Clyde Caldwell as appeared on the surface.  If it had to be suppressed superficially, to “Keep smiling” inwardly was an excellent formula to contend with the rigours of our recruit year.