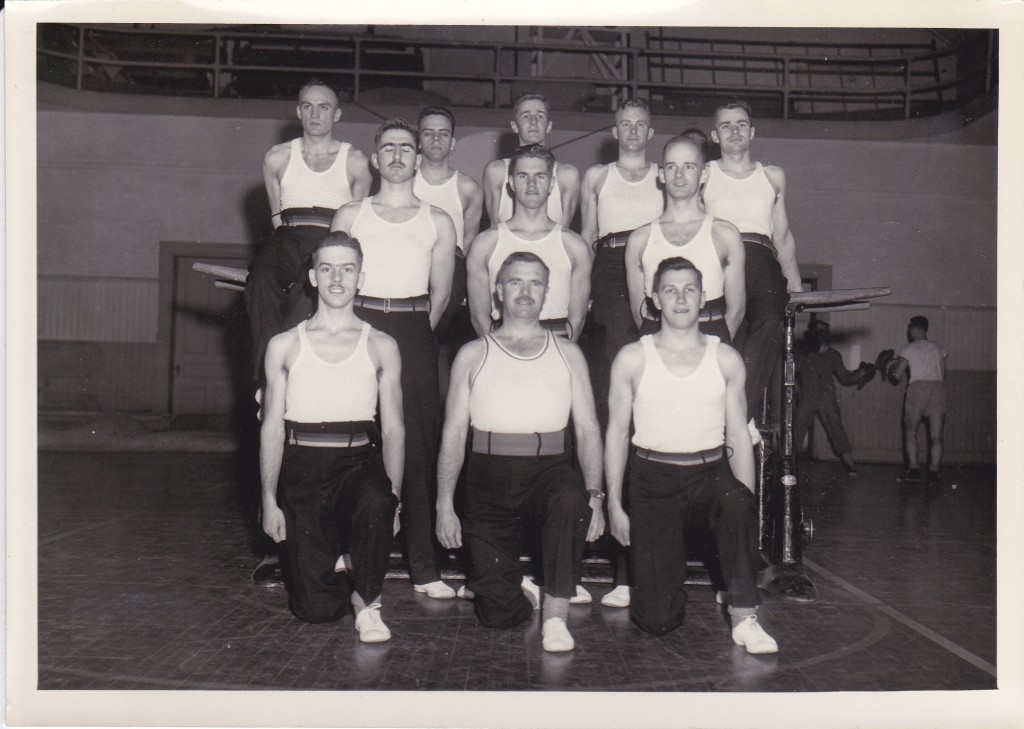 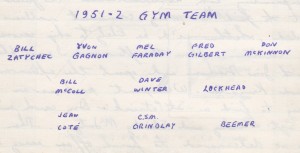 This morning the padre gave us an excellent talk on the sweeping advances Christianity has made during the past 500 years or so compared with the say 4 000 to 5000 years history of the human race. He always has something to say which promote a good deal of thinking. 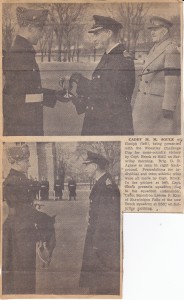 We have started having squadron drill periods after classes and drill has been improving quite a bit. This morning the Rabbit gave the order, “Faith and Begorra Section Fall In” and in general there was quite a bit of fuss here on St. Pat’s Day. Dillistone and I went to the U.N. forum. Principle McIntosh was chairman and the whole evening was very interesting, topic was underdeveloped countries. He told the story of a man who broke a leg at John Bright’s factory and was surrounded by a group of fellow workers all feeling very sorry for him. Then when the old man Bright himself came out he took off his hat, put a $5.00 bill in it and said “I’m sorry five dollars worth, brothers, how sorry are you?”.

The ice on the lake has been rotting now for some time; there haven’t been any cars going across for over a week. Finally today the Wolfe Islander was ploughing her way over. We played the Staff College at the volleyball again tonight and won 4-3. The “Wheel” doesn’t let me on much though and he plays himself all the time which I don’t think is fair. Juneau told me today that my pictures took first place in the photography contest; it seems Zatychec and I were the only ones to enter it. Langway I get a cheque for $5.00 in photography supplies.

The “Marker” staff held a dinner at the LaSalle Hotel tonight, Dr. Fisher being guest speaker. We had 17 of the biggest thickest steaks I have ever seen and plenty of ale to wash the whole meal down with. Doc Fisher 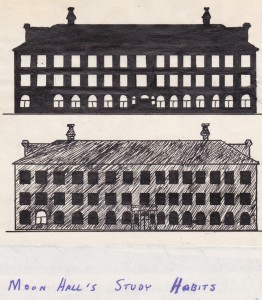 had quite a supply of hilarious stories – he’s probably one of the best story tellers I’ve ever heard, a real master at it. The next issue will be the last for this year and turned out by this year’s. 2nd year, Tony Mann will be the editor in chief.

Fritz and I went into Kingston for dinner and each had ¼ of a strawberry shortcake for dessert…some meal. Then we each brought back half a pie. Tonight Moon, Stinky, McGook, Willy and I formed a club. Each night one member goes over to the canteen for grub and we all have a party in Stinky’s room after roll call. Tonight we laughed ourselves silly having a belching contest and made short work of the half pie.