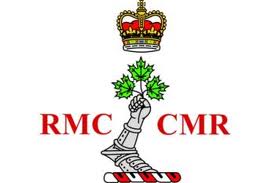 Varsity athletes have been nominated by their respective coaches for the following four major sports awards.

This coming Wenesday night (21 March) in Yeo Hall the annual varsity sport awards will be presented. The centre piece for the occasion will be four major awards. MVPs for each team and a number of other forms of  recognizing outstanding excellence in sports achievements will also be announced.

A pretty standard and objective Awards Selection Process is in effect:

-coaches nominated athletes from their respective teams, based on the awards criteria

– a selection committee, made up this year of 5 individuals (two Ath Dept staff, one OCdt, one military pers and one Ex-Cadet), reviewed the nominations and cast their votes

-the votes were then tabulated, and winners were determined based on the results of these votes.

This has pretty well been the standard operating procedure for the past 10+ years.

Instituted in 1989, in memory of 17333 Cadet KR (Kelly) Gawne who was killed as a result of a summer training accident at Chilliwack, BC in 1988.  Kelly was an active and full participant with the RMC Fencing team for two years prior to her untimely and fatal accident. The cup is awarded annually to the best all-round Lady Cadet in athletics during the current college year.

The Tommy Smart Cup has been presented annually since 1927, the year after 1716 Thomas William Smart was killed in a tragic accident on the RMC football field. Smart is remembered as a man of tremendous moral and physical courage, with a cheerful attitude, a willingness to try anything, and a knack for winning friends. The Tommy Smart Cup, awarded in his memory, stands as “a symbol of involable courage and persevering endurance in athletic endeavour.”

The HRH Prince of Wales Cup is perhaps the most sought after atheltic award at the College. It has been awarded annually since it was first presented to the Cadets by HRH the Prince of Wales in 1919. The Prince of Wales, impressed with the athletic and military displays staged for his benefit by the Cadets during his visit to the peninsula  in that year, presented the cup to the College “to be competed for each year, and won by the best all-round cadet.” Each individual who receives the Cup lives up to the high ideals expressed by the Prince on the occasion of his visit in 1919, and justifies the confidence he expressed in the continued strong performance of the College.

-Katie won a team silver medal and an individual bronze medal at the 2012 OUA Finals, and was recently selected to represent Canada at the Junior World Championships this April in Russia

-Melissa was voted to the OUA 2nd All-Star Team by the league coaches, as she led the Paladins with an impressive 3.46 points per game average

-Steven enjoyed a very successful season, which culminated with a bronze medal victory in sabre at the 2012 OUA Championships

-Jhordan became the first player in the history of the RMC men’s soccer team to be selected to the OUA All-Star Team, as he was named top keeper in the East Division

-member of the 2011 Canadian national Universiade team that competed in Shenzhen China this past August, Jason, who is currently ranked 5th in Canada in the male lightweight division, went undefeated in university league competition this past year, going a perfect 13-0

Captain Matthew Dawe Memorial Cup (awarded annually to the outstanding male or female ROTP varsity athlete, of any year, who excels in all aspects of College life at RMC) – Nominees:

-a young influential leader who understands what it takes to work with and lead people, Kim has been involved in numerous RMC activities outside of varsity

-Thegne was one of the vocal leaders of the men’s volleyball team, while also being involved with both the RMC rowing and swim clubs

HRH Prince of Wales Cup (athletic performance and excellence in the four components throughout their entire college years) – Nominees:

-in her 3 years at RMC (having done one year at CMRSJ), Chantal has excelled in the athletic component while balancing this with solid academic accomplishments, successfully meeting the language component in her 1st year, and contributing to the cadet leadership of the college

-has been one of the leaders on the hockey team over the past four seasons, and his dedication to the program is no more evident than when he volunteered to play goalie in a regular season game (which RMC won) in his first year

-the two time OUA All-Star has been team captain for the past two seasons, and held the position of Deputy Cadet Wing Commander in the fall of 2011

-team captain has been loyal and dedicated member of the women’s soccer team the past four years, and helped establish the standards and expectations for team members

Past Recipients of These Awards

The following is a list of past recipients of the HRH Prince of Wales Cup, the Tommy Smart Cup, and the Kelly Gawne Memorial Cup:

Read on for more.