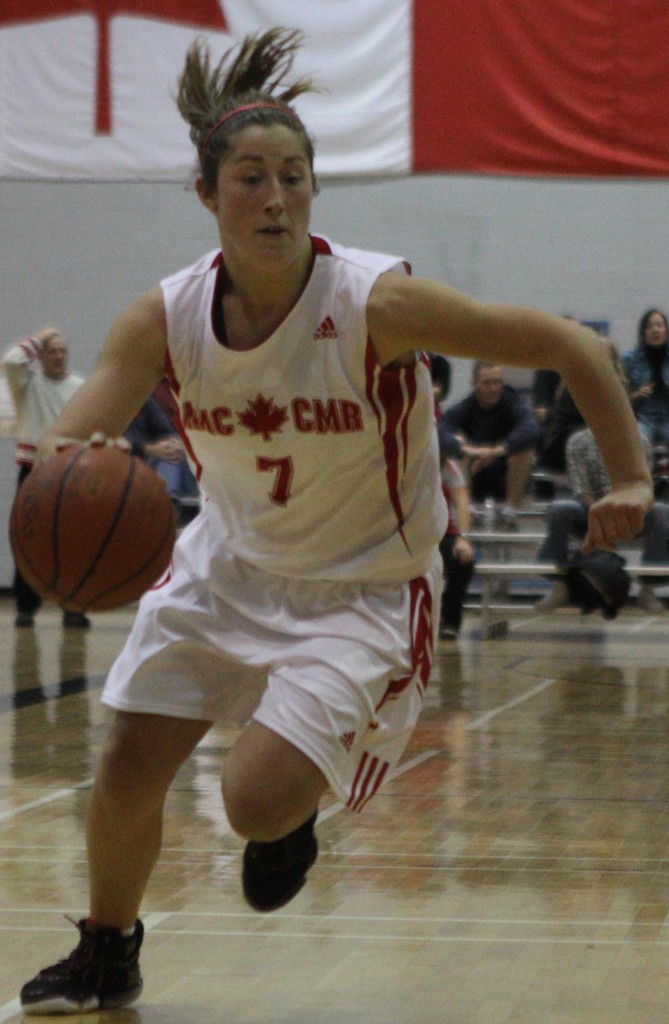 (Caption) 25121 IV Year, Carolyn Pumphrey was a major force in the (w) basketball win last Friday night. The 5’7″, Honours Business Administration officer cadet, and life member of the RMC Club from Gander, NL pulled in 11 rebounds (as many as the entire Waterloo team combined) and added 12 points in the 64 – 47 OUA 2010-11 league opener.

The RMC women’s basketball team opened their regular season at home this past Friday evening in front of a lively and enthusiastic crowd. Hosting the Waterloo Warriors, the Paladins took control of the game after the first quarter and handily won the game by a score of 64-47.

This marked the team’s first-ever regular season win on home court. The team’s last regular season victory came two seasons ago, as they defeated the York Lions on the road.

The win also took place in head coach James Bambury’s first OUA regular season game. Bambury took over as coach this past July. “Today was a big day for our program”, said Bambury. “We learned that the hard work and attention to detail that we focus on in practice makes a difference.”

“The girls went out there and represented our school with pride and played with conviction. The crowd was fantastic and was a huge part of success we had tonight.”

The coaching staff, made up of former RMC standout player Jen Donofrio and Will Featherstonehaugh, has also dedicated countless hours into the program and their commitment to the program has made this early season success possible.

On Saturday afternoon, the Paladins lost to a veteran squad from Wilfrid Laurier by a score of 78-43. Rookie Sandy Edmison led the way for RMC with 11 points and 8 rebounds.

The team will travel to Brock and Guelph this coming Friday and Saturday. 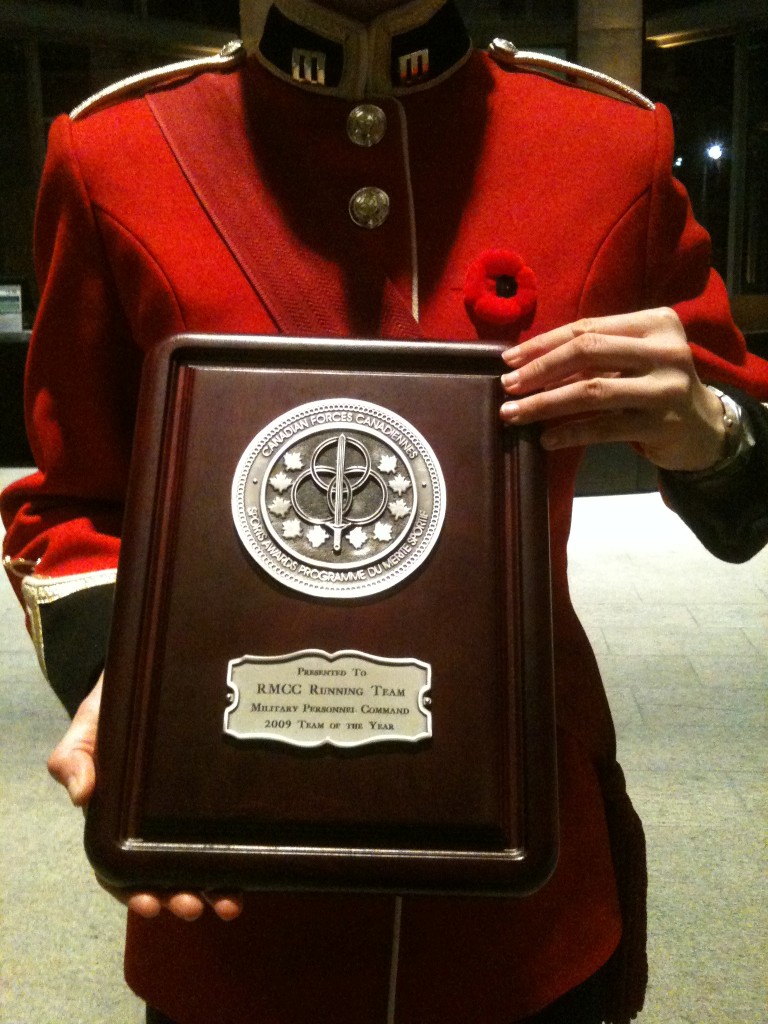 On the 6th of Nov 2010, the RMC running team was presented with the MPC team of the year award for their athletic achievements during the 2009 Track, and Cross-Country seasons. The 2010 CF Sports Award banquet, held annually at the National Art Gallery, recognizes the top athletes, coaches and officials from all across the CF. Assistant Coach Maj. Mike McWatters was presented with the CF male coach of the year award. Good company and good food made it a memorable evening, inspiring the OCdts in attendance to continue to strive for athletic excellence, and gather information about the CISM Running program.