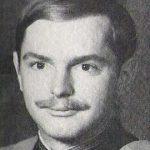 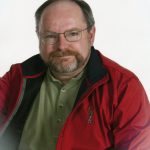 After graduation, classmate 11790 Rodger Hitesman (RMC 1978) and I drove west to Esquimalt where I was scheduled to start MARS training. Over my five years at RMC, I was enticed by my friends’ stories of great adventures that the naval summer training produced: Seattle Rose Festival, Hawaii, etc. After spending three summers on the hill in CELE training, the prospects of a naval adventure was impossible to turn down. LCdr Davies (LaSalle Squadron Commander) was also a positive influence on my decision to re-classify.

I completed my training in September 1988 and married Diane Olson on the way out to Halifax to join HMCS Fraser, which is now an artificial reef off the coast of Nova Scotia (the ship, not Diane). Fraser was truly a great ship and crew. Major sea-going assignments included: Communication Officer, Weapons Officer, Bridge Officer, Training Officer, & Aircraft Controller. Fraser went through a very active deployment cycle in those years and we saw many trips to Europe and along the East Coast of North America. Overall, I was away from home the five years of the first seven of marriage and the marriage did not survive.

On a more positive note, I spent a number of years ashore studying French at Shearwater and St. Jean, working on an MBA, and spending three terrific years in naval HQ as an executive assistant to Chief of Staff Personnel. I retired in 1987 (nine year plan) and headed west intending to settle in Vancouver. I made it as far as Picton Ontario, the centre of Prince Edward County (The County). That summer my family and I opened a family bookstore named, Chapter One, (not to be confused with the truly amazing creation of “Chapters” by Larry Stevenson). I threwmyself into the political, business, and artistic life of this amazing corner of Ontario. The recession of the 1990s forced me to be flexible and after closing the store, I landed a two week position, that I left nine years later. A local company gave me the opportunity to develop skills as a job and career counsellor to adults.

The next professional change came after teaching a number of Introduction to Computer courses, to adults in the evening, at a local high school in Belleville. That experience of teaching high school courses plus the growing awareness that my day job was no longer satisfying, caused me to re-assess. On reflection it became apparent to me that the most consistent thread in my professional life was ‘education’. Looking for a new professional adventure I returned to school and graduated from Queen’s with a B. Ed. and qualifications to teach secondary school math and physics. This was a personally satisfying experience and I discovered that as an experienced adult I am a much better student than I was able to muster at RMC. Getting a Math teaching position in the best secondary school in the Belleville area, Nicholson Catholic College, has made me a happy and contented professional. I have developed a teaching expertise in teaching mathematics to college bound students, a group who as a whole does not experience great success in their mathematics studies.

Shortly after my arrival in my new career, the fourth by the way, my nine years experience as an adult ‘career counsellor’ led to a part-time opening in the school Guidance department. Nine months later I was named the new Head of Student Services (which includes being a fulltime Guidance Counsellor), where I can use all of my accumulated experiences that began on my arrival at RMC in 1973. After my first year in the position I still cannot wait to get into the school each day.

I learned to play badminton at RMC which is fortunate as I have also been the school badminton coach since arriving in Nicholson. It is great fun. During my navy years I was introduced to golf and I am an enthusiast, which is a polite way of saying I golf as much as possible but have severe challenges in this arena.

I am unable really to get my head around the passage of time. Lately I have been attempting to stay more in tune with how the college (RMC) is doing plus I look forward to seeing my classmates in the news. I attended my 30th anniversary last fall and I enjoyed the class events and reconnecting with my RMC classmates. Ready Aye Ready, John

– John can be contacted at pronovos@alcdsb.on.ca 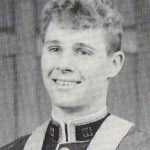 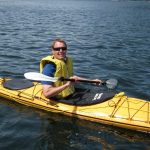 My first posting after graduating and finishing phase training was to Ottawa, where I worked in DCSEM specifying, procuring and inspecting computer systems for the military schools. This gave me the opportunity to revisit the military colleges as well as some of the other training establishments. My next posting was as an exchange officer to Thule AFB in Greenland. Yes, I did request this posting! I thoroughly enjoyed my 12 months there, first as Crew Commander in the Missile Warning Operations Center, and then later as DOV, in charge of the Standardization and Evaluation department. Exchange postings are fantastic opportunities to gain insight into how other countries’ military systems function. It was especially interesting to contrast Thule and nearby CFS Alert in terms of support functions and secondary duties.

I left the Forces in 1991 to return to school – UWO in London Ontario – to obtain a Masters in Biomedical Engineering and then worked in the field of 3D Ultrasound Imaging for about 6 years. Despite being Air Force, the sea has always called, and so my partner Barb and I moved to Esquimalt in 2000. I worked as a consulting engineer for a small firm in Victoria for several years while planning and preparing for our next adventure. In 2004 Barb and I headed offshore in our 30-foot sailboat, sailing to New Zealand and back and visiting many South Pacific islands during the two years. I have since returned to working at the same firm, now called Starfish Medical, designing medical devices. I took a leave of absence May and June of this year to circumnavigate Vancouver Island, which we are slightly more than halfway through.

– Details of his sailing adventures can be found here and he can be contacted at bhansen@telus.net 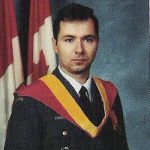 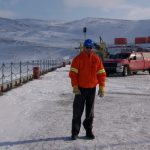