Skip to content
24 May 2015 / Archive, Claude Scilley in conversation In just a brief conversation you get the idea that the most difficult assignments Larry Aitken was handed in a 31-year military career were the ones he cherished the most: Deputy commander with a United Nations force in the Congo, commander of the largest Canadian Forces base in Canada. Even in retirement Aitken remains active in a challenging environment, working to find ways to help veterans with post-traumatic stress disorder.

Anyone who remembers Aitken from basic training would not be the least bit surprised.

An exercise that leaves most incoming Royal Military College recruits bewildered, exhausted—some even questioning the wisdom of selecting military college as a post-secondary option, especially those like Aitken who had no family background in the military, or no experience in cadets.

Aitken’s memory of rigorous indoctrination is atypical, to say the least.

“I thought basic training was one of the best holidays I ever had,” he said. “Everyone else was flagging; I was in great shape. I could do 230 pushups when I got to basic training, so that part of it didn’t wear me down at all.”

And, it seems, nothing the Canadian Forces could throw at him was about to wear down the young man from Peterborough, Ont., either.

Aitken entered Royal Roads in 1978 as a reserve officer on scholarship—“so the price was right”—and came to RMC in 1980, intrigued by the challenge presented by military college. 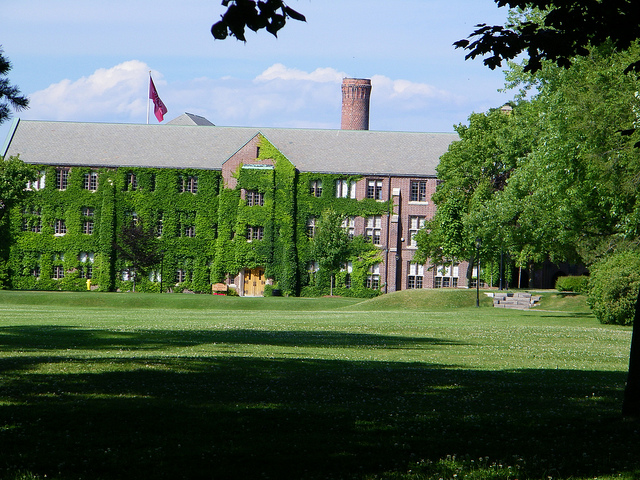 “I went to a boarding school, Trinity College in Port Hope, and this seemed like a logical extension of that,” he said. “It was an elite, at the time all-male environment, with lots of sports and good academics. RMC was much the same.”

Aitken studied chemical engineering. “I had a class of seven people,” he said. “It was incredible. You had lots of support, the lab space was excellent.” Initially, he chose a path that would lead him to the infantry, but he instead switched to the signal corps.

“I couldn’t see working so hard through engineering and just doing infantry after that, so I decided to have a more technical trade,” he said. He chose signals because it was in Kingston. “I had a girlfriend at the time in Kingston, so that was a good enough reason to stay.”

He and some fellow cadets “breathed life” into a rock-climbing and mountaineering club at college, the best part of which was being able to go to the mountains during the long holidays at Christmas and Easter. “It was tremendous,” he said, “because you’re on your own. There’s no one there, supervising you. You have to get everything done yourself; you have to make sure everyone gets out alive.”

Mountaineering was something Aitken continued to pursue during his first postings after RMC, first to Lahr and 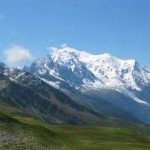 then to Baden in Germany. The highlight was a two-day climb of Mont Blanc he took with a platoon, three of whom made it to the top.

What does one do at the top of a mountain?

“Breathe,” Aitken said. “You catch your breath, look around and say, ‘This is great,’ then turn around and come back down again.”

The other passion Aitken nurtured during his college years was rugby, a sport he began to play in high school. It was big at Roads, where the weather is conducive to a long season, and Aitken also played at RMC.

“Rugby’s cool; rugby is a sport that brings you together under common pain and adrenaline rush,” he said. “You hammer each other for 90 minutes and then you have a beer and life is different again. The game teaches co-operation, which is really important. It’s the perfect game for young men who are charged on adrenaline and need to understand how things work out.”

First a loosehead prop, then a hooker, a flanker and, ultimately, a scrum half—“everyone else around me grew bigger; I stayed the same size”—Aitken said he was drawn to the game by the “physical combat” aspect of rugby, and how closely players have to work with each other to be successful. “A single player can’t win a game,” he said. “You have to work as a team. I enjoyed that part a lot.”

As much as he enjoyed his time at RMC, Aitken still didn’t see himself as a career military man. “When I joined I thought I’d be leaving after three years,” he said, “but it was always interesting enough that I’d think, ‘OK, I’ll stay a little bit longer.’

Germany presented a host of those interesting opportunities, Aitken recalled. “Being in Europe was wonderful,” he said. “We were relatively well off for pay, and you got to travel and do all the things that you can in Europe, but it was serious. At the time, we were still in the Cold War. We’d exercise in earnest for 12 weeks every fall, going to the edge of the West German perimeter. We’d get bugged out once a month, with no notice, and have to go to our safe deployment areas.

“It was very serious.”

So serious, part of Aitken’s bailiwick as a junior officer was to take 100-kilometre cross-country trips, and to run conduct-after-capture courses for his troops. “Actually, it was an escape-and-evasion course,” he corrected. “The idea was not to be caught. I had to make it sufficiently hard that they didn’t want to get caught.”

After that, Aitken commanded the communications reserve group in western Canada, 13 units in all from Thunder Bay to Nanaimo to Yellowknife. Then he was posted to the Army staff college, where he ran the signals operations desk. Subsequently he was promoted to colonel and became director of signals in the Army, with the portfolio of digitizing the Army and integrating all the new systems. “It was a lot, a generation change,” he said, “a $2 billion project.”

Aitken, who by now had his Masters in electrical engineering and had done post-graduate work at Queen’s University in computer engineering, found the project had unique challenges.

“Commercial technology leaps forward so quickly, but the procurement cycle in the Army is long,” Aitken said. “You buy a tank every 30 years; you buy a vehicle every 35 years; you buy a rifle every 30 years, but you replace communications computers every 18 months, so part of it was the challenge of how can you possibly introduce that level of change, and have people trained adequately to use it, while all of this is happening. The problem wasn’t the technology. By and large it worked. It was training people, getting them to understand how to run it, and how to do use it. That turned out to be the biggest problem (for two reasons): because we are our own Bell Canada in the field, and the users have to be able to use the system to make it (work).”

Overcoming the obstacles was achieved by surrounding himself “with a lot of smart people.”

“I was the director of the signal corps,” he said. “I could pull the best people in, so I did.”

Even so, the collective will to achieve the common goal had to be earned. “The irony is even though the Army is quite hierarchical, you have to get agreement to get things done,” Aitken said. “We did a lot of that.”

In 2003 Aitken was appointed base commander at CFB Kingston, the largest military establishment in Canada. “You’re still a professional, the job specs are different,” he said. “I was no longer a signals officer, I was a generalist officer responsible for the running of the base.

“Kingston is a very complex base—36 units—so it has its own set of complexities when you try to resolve issues. You’re also the face of the Canadian Forces to the city, so there’s a lot of outreach issues with city council.” Aitken recalled advocating for a new veterans memorial, for a new bridge across the Cataraqui River, linking the base with the suburbs in the west end of the city, and being involved in emergency planning, parades and the United Way.

He also enlisted former Olympic triathlete Sharon Donnelly to establish the Limestone Triathlon. It ran for five years, raising money for Kingston Military Family Resource Centre. “That was a big deal,” said Aitken, who at one time was a competitor himself. “My daughter was doing them,” he said. “I hated watching them. It’s a long wait (until they go past), and it’s ‘OK, well done’ (and they’re gone).

“I’d much rather do them than watch.”

The prestige of the posting comes with accepting the fact that all the problems on the base ultimately land on your desk. “There’s no job without that,” he said, “and the advantages far outweighed the bad days that I had. It was a great job.”

Aitken left Kingston in 2006 to serve as deputy chief of staff operations at the UN headquarters in the Congo,

where an 18,000-member force was responsible for overseeing that country’s first election while “trying to keep the lid on conflicts as best we could.”

“It was not an easy place to do that,” Aitken said. “It’s the kind of environment—it’s like a giant petri dish—everything bad grows there.”

Nonetheless, Aitken said it’s exactly the kind of deployment to which a career military man aspires. “It was the epitome of my career,” he said. “I was very confident. I was trained to do everything I had to do and I had the ability to get everything done.

“There was a lot of satisfaction having done that job, but the job almost killed me. It was very hard.”

Aitken returned to Canada, posted to the Canadian Defence Academy, where he was tasked with writing training and educational manuals. He was named acting commander of the academy, promoted to Brigadier-General and then retired in 2009. 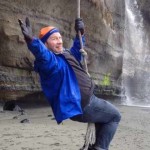 He settled in Kingston, where he teaches yoga and is involved in a two-year trial with Canadian Institute of Military Veterans Health Research for studying the effect of yoga on trauma recovery. “From my point of view it works,” he said, “but they have to do the analysis of the surveys to point out that it does, because the surgeon general likes his fact-based evidence.”

Aitken also started an injury-consulting company, one that works primarily with the Department of National Defence. “I do user engagements, typically on new systems, that they’re trying to figure out how to use. It’s like business re-engineering. ‘You thought you could do this with this?’ ‘Are you able to do it? ‘Why can’t you do it?’ ‘Let’s try this new process and see if it works.’”

Aitken has two daughters. Jennifer, who attended Queen’s and the University of Victoria, races competitively in cyclo-cross and mountain biking, and works for the Vancouver Island Health Authority. Katherine, a graduate of Concordia University, is studying law at McGill.

Aitken said he often reflects on his time at RMC.

“By and large, I enjoyed the experience a lot,” he said. “It was challenging. I was always tired, but that was par for the course. I did lots of things. I made a lot of close friends that I still keep in touch with, and I think it set me up for success when I graduated as a junior officer. I went to Germany, spent five years there. I did a lot of cool things that I had the confidence to do.”